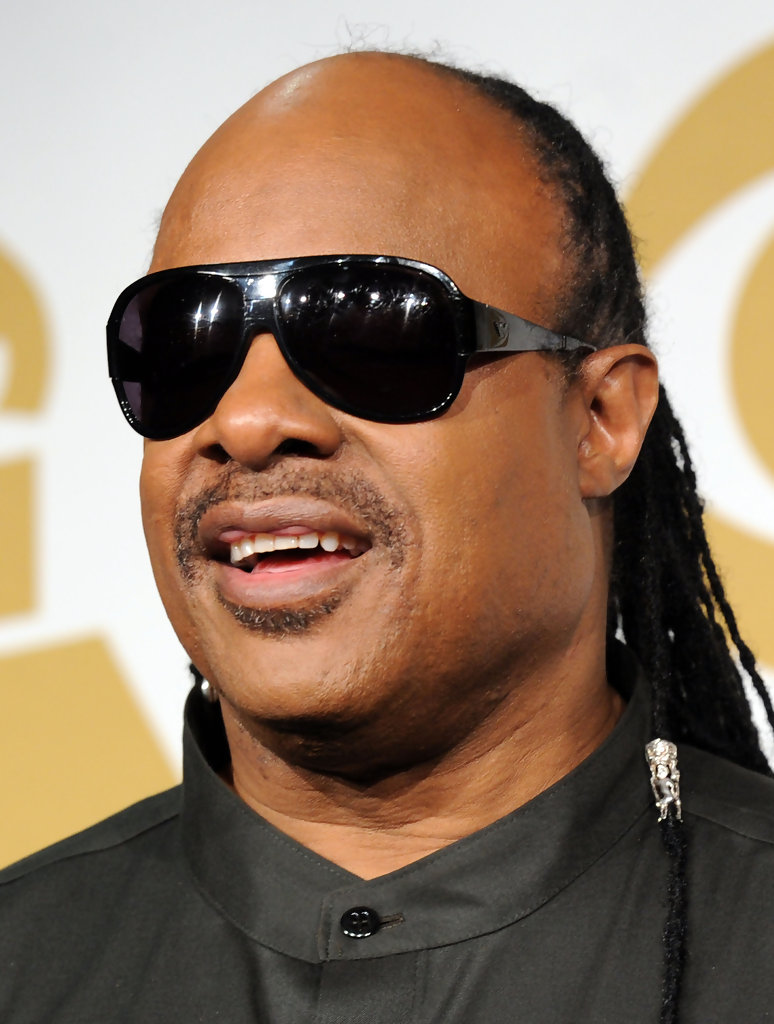 Stevie Wonder’s highly anticipated new album, A Time To Love, arrives as a wake-up call to the restorative powers of love, and, according to Stevie, the timing couldn’t be better. “My thing has never been about creating music on some sort of schedule,” says Stevie. “When creating music you have to live life – be inspired by life – to create experiences that are worth sharing with the world. A Time To Love is saying that there is a need, now, more than ever, to bring love back into the forefront.”

New songs including the first single, “So What The Fuss,” “From The Bottom Of My Heart,” and the aptly titled “Positivity,” have Wonder enthusiasts already pegging the new disc as another leap in the singer/songwriter’s incredible musical canon. “I’m asked all the time to talk about my work, but I don’t ever compare one song against another,” says Wonder. “I really do seek to create music that is timeless. I love all kinds of music, all styles. The music today – whether it’s mine or another artist – is as relevant and as significant as the music from yesterday. When I sit down to write, it’s all an expression of energy, and the particular song that comes is the form I choose to adapt to that energy. Each project takes on its own life, and the songs from A Time To Love are the most appropriate for the statement I wanted to make.”

Fellow Motown artist, India.Arie, joins Wonder on the title song, “A Time To Love,” co-writing the song with Stevie. “I gave her the concept and some of the words, and she did what she always does, her usual masterful job with the lyric presentation.”

A Time To Love continues Wonder’s dialogue with music fans who’ve come to rely on the singer/songwriter’s spirited optimism. “The time is right again for this kind of conversation,” says Stevie. “And we’re talking about all forms of love. Love you have for a significant other. Love for a spouse, for your brother or sister, for humankind. The love of your faith. Whatever your passion is, this project was made with every level of love in mind.”

Born Steveland Morris in Saginaw, Michigan in 1950, Wonder enters his fifth decade as one of the most prolific artists in music history, delivering 35 U.S. albums – 28 major studio releases – with album sales totaling more than 72 million units. The singer/songwriter has scored more than 30 Top Ten Hits, 11 #1 Pop singles, winning 19 Grammys (and a Lifetime Achievement Grammy in ’96) and a host of other awards, including, most recently, Billboard’s 2004 Century Award. His contribution to worldwide social and political change is just as impressive, with Wonder championing the effort to make Martin Luther King’s birthday a national holiday, as well as becoming a driving force behind 1985′s USA For Africa campaign.

Honored at the 22nd Kennedy Center Honors in 1999, President Clinton remarked: “In so many ways (Wonder) has helped to compose the remaining passages of Dr. King’s legacy.” But it is Wonder’s songwriting legacy that has inexorably connected him to the world. From Motown prodigy to groundbreaking innovator, he has always believed in music as a transformational force.

As one critic wrote about Wonder’s ingenious musical techniques: “He was simply the best at humanizing synthesizers.’” His mind bending fusion of innovative beats and ear-to-the street lyrical sensibilities single-handedly revitalized American songwriting in the ’70′s. Wonder forged his diverging styles into a trademark sound, putting his musical signature on an epic quartet of albums that would change music forever – 1972′s Talking Book, 1973′s Innervisions, 1974′s Fullfillingness’ First Finale, and 1976′s Songs In The Key Of Life. By decade’s end, Wonder had garnered a record 15 Grammys, as well as numerous other awards. He was now cited by critics and fans alike as, arguably, the most important songwriter of his generation. The songs tethered during this era, from “Superstition,” and “You Are The Sunshine Of My Life,” to “Living In The City,” from “Higher Ground,” to “You Haven’t Done Nothin’,” from “Boogie On Reggae Woman,” to “I Wish” and “Sir Duke,” confirmed Wonder’s status as a national treasure.

He continued his hit making journey in the decades to follow, penning, among other classics, his 1982 collaboration with Paul McCartney, “Ebony And Ivory,” which remained #1 for seven weeks in a row. 1984′s The Woman In Red soundtrack produced the enduring classic “I Just Called To Say I Love You,” yet another #1 hit that netted him an Academy Award.

In 1989 wonder was inducted into the Rock ‘N Roll Hall Of Fame along side none other than the Rolling Stones. As if to prove even Wonder’s rock roots had come full circle – the Stones were the only band he chose to tour with when debuting his breakthrough masterpiece, “Superstition” in 1972.

The ’90′s brought exciting new opportunities for Wonder, with his influence on the new breed of hip hop artists evident when Coolio fused Wonder’s “Pastime Paradise,” for his 1995 smash “Gangsta’s Paradise.” Countless more hip hop stars would pay homage to Wonder, including Public Enemy and Jay-Z, citing his tremendous influence over the genre, and morphing other Wonder nuggets into revamped hip hop gems. Two recent Stevie Wonder collections capture the depth of his amazing career, At The Close Of The Century, 1999′s first authorized box set, a 4 CD, 70 song collection with additional bonus tracks. 2002 marked the release of The Definitive Collection, a 21 song CD, including 15 of Wonder’s #1′s. The compilation includes songs from 1963-1985, and was universally hailed as one of the finer musical retrospectives ever released, capturing one of the most integral American artist’s at the top of his game.

The new millennium found music fans marveling at Wonder’s incredible staying power, acknowledging the brilliance of his 40-plus year career with a slew of awards.

Inducted into the Songwriter’s Hall Of Fame in 2002, he was the first African American to be awarded the Johnny Mercer Award in 2004, in recognition of a lifetime of outstanding creative works. At the end of the year he was presented with Billboard’s highest honor for creative achievement, The Billboard Century Award, whose past honorees include George Harrison, Joni Mitchell, and John Mellencamp, among others. In 2003, Rolling Stone magazine cited four Wonder albums in their list of the 500 Greatest Albums Of All Time, including Innervisions (#23) and Songs In The Key Of Life (#56).

As Wonder gets ready to add another album to his legacy, he muses about the mystery of creativity in a world hungering for a message. “Ever since Songs In The Key Of Life I feel it’s been a blessing from God in giving me the titles, but ultimately, all songs must stand on their own. I’ve always written about love, but the ones that spoke to me the loudest are the ones you’ll find On A Time To Love.”