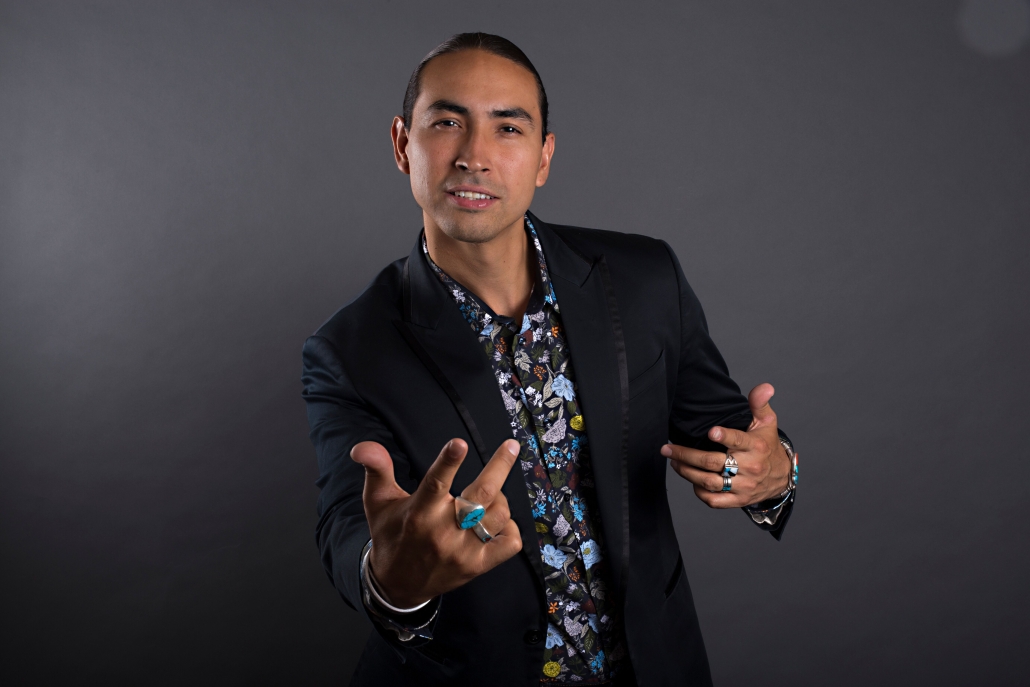 Tatanka Means is an award-winning actor, stand-up comedian and motivational speaker from Chinle, Arizona. He represents the Navajo, Oglala Lakota and Omaha Nations. His most recent movie credits include THE SON on AMC, the feature film ONCE UPON a RIVER based on the New York Times best seller, THE CHICKASAW RANCHER and the Netflix mini-series, THE LIBERATOR.

Means can be seen starring in the television movie SAINTS & STRANGERS for the National Geographic Channel, and in season one of the AMC series THE SON. He can also be seen in A MILLION WAYS TO DIE IN THE WEST, season two of BANSHEE on Cinemax, THE NIGHT SHIFT on NBC, and guest starring in GRAVES on Epix. Other highlights in film and television include appearing as Crazy Horse in Steven Spielberg’s TNT mini-series INTO THE WEST, and in his role as “Wolf” in TIGER EYES based upon the novel by acclaimed author Judy Blume.

Aside from acting Tatanka performs stand-up comedy internationally throughout the U.S. and Canada. Tatanka is one of the busiest touring Native American comedians performing today. You can also catch him with the hilarious Native American Comedy group, 49 Laughs. Tatanka travels Indian Country spreading laughter and messages of motivation to all ages entertaining audiences everywhere from casinos and schools, conferences and colleges to prisons and rehab centers. Means was recognized and awarded for his comedy by being voted “Best Comedian” by Albuquerque The Magazine.

Means has also developed and launched his own screen printing company, Tatanka Clothing. Apparel designed and created to uplift and inspire cultural empowerment.

The National Indian Gaming Association recently awarded Tatanka by naming him the 2018 Entertainer of the Year.

Tatanka’s ambition and perseverance has taken him from his home on the reservation to traveling across North America. He has become a much-needed role model for all American Indian First Nations youth. Tatanka is proud to be an alcohol & drug-free sober performer and living a healthy lifestyle.