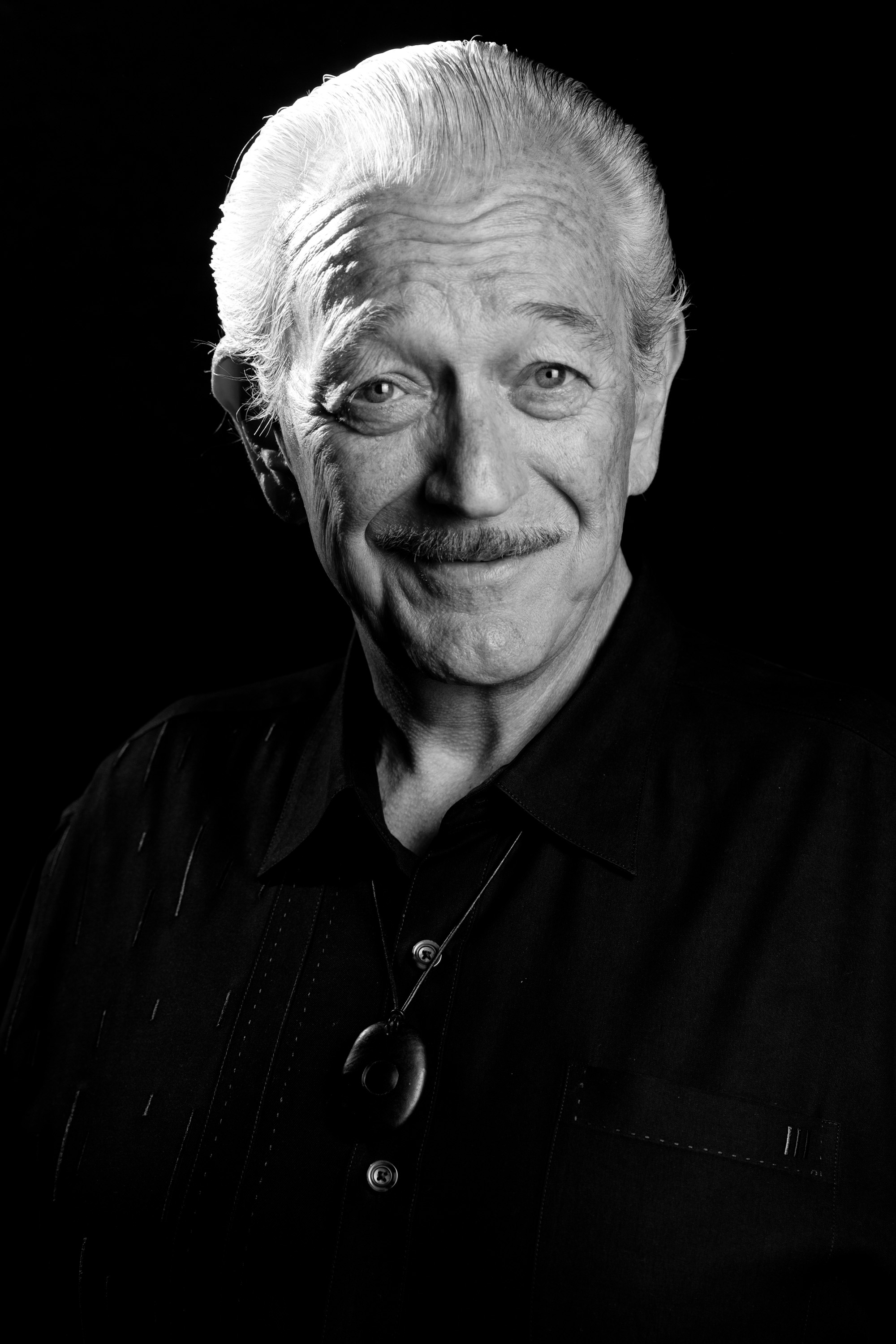 On his latest musical excursion, Charlie Musselwhite explores the themes that have always charged the potency of the blues: loneliness, despair, evil and dying. In his continuing search for “music that moves the soul”, he casts a steady light on these shadowy topics, re-connecting the blues idiom to the haunting emotions that resonated so powerfully in its earliest incarnations – and ironically he draws inspiration for this blues from its most notorious offspring, rock & roll.

Through his own autobiographical originals, and on tunes by such artists as Ben Harper, Townes Van Zandt, and Randy Newman, Musselwhite poignantly renders some of the deepest of humanity’s struggles. Savoy Brown’s Train to Nowhere describes a man headed to hell and so numb with despair that he doesn’t even care, despite the Blind Boys of Alabama exhorting “don’t you ride that train!” With Ben Harper he laments, “what is left for the homeless child”, while a Charlie Sexton original contributes, “it’s raining pain and thundering fright in my neighborhood tonight.”
SANCTUARY finds Charlie coming farther forward as a vocalist, with the warm but spooky qualities of his natural timbre bringing comfort to unsettling and painful subjects. His deep voice and calm delivery evoke Leonard Cohen or Lou Reed, but with enough tinge of a drawl to never stray far from – or let the listener forget – his strong Southern roots and Memphis influences.

The instrumentals on SANCTUARY also contribute meaningfully to this journey. The short, starkly beautiful Route 19 – fittingly the final selection – is about the Mississippi rural highway along which lies the Musselwhite Cemetery. This and two other tunes including Eddie Harris’ beautiful Alicia, showcase Charlie’s evocative and utterly unique harmonica style, and help sustain the album’s melancholy ambience.

But even in this dark musical underworld there is refuge and redemption to be found, if bittersweet. On the title track, Charlie takes a song from the Obie-winning musical The Gospel at Colonus and shows that a blues song can help light the path to salvation, where “unending pain ends for me.” Another original, I Had Trouble, resounds not with lament but with celebration.

The Sanctuary Band, assembled for these sessions, is a legend in the making. Led by Austin guitar ace Charlie Sexton (whose world-class chops were honed from his own days as a teen phenomenon, and then on the road with Dylan and in countless sessions) the ensemble features the rhythm section of Jared Michael Nickerson (currently with NYC-based funk/jazz collective Burnt Sugar, and whose touring credentials include Bernie Worrell, The The, and the Yohimbe Brothers) and Michael Jerome (currently with the Pleasure Club, and who’s recorded and toured with Richard Thompson and the Blind Boys of Alabama). As often happens when players of this caliber are put together for the first time, you can almost hear them listening to one another and musically breathing together as each song progresses. The dialogue going on between Charlie Musselwhite and this once-in-a-lifetime collection of talent, captured by producer John Chelew (Blind Boys of Alabama, John Hiatt) at one of Hollywood’s most storied studios, Capitol’s legendary Studio B, is one of the most fascinating and palpable sub-plots of this great recording.

Like other musicians identified as outsiders, ground-breakers – Johnny Cash, for instance, or Tom Waits (who has called on Charlie’s talent for his last few recordings) – Charlie does not belong to a single genre. He represents the blues to many, of course. But just as Johnny Cash represents “country”, within that statement lies so much more. Charlie chooses abstract themes of spirit, metaphors full of grace and grit that venture far past the conventional honky-tonk themes of the blues genre – though the Harley-Davidsons lined up outside Charlie’s gigs testify that Charlie has what it takes to rock the house. Somewhere inside Charlie’s rough trade persona lies an ability to illustrate, in the surprising juxtapositions that mark the true songwriter/composer, an aching, haunting quality that calls directly on the soul.

Charlie Musselwhite was born in the hill country of Mississippi, and landed in Memphis at a time when the city happened to come of age right along with him… Memphis clubs exploding into the dynamic music scene that blended black and white influences and gave birth to rock & roll and its greatest giants. Teenaged Charlie often saw Elvis, Jerry Lee Lewis, and Johnny Cash cruising the hot spots around town. Life was intense, moving, and real… and he soaked it all up, from gospel tent meetings in an empty field down the street to befriending Memphis Jug Band’s Will Shade and blues icon Furry Lewis on the other side of town. Living across the street from rockabilly legends Johnny Burnette and Slim Rhodes, Charlie was on the invitation list to parties hosted by Elvis Presley, who had suddenly made it cool to be a poor white kid from Mississippi with greased hair and a hunger for music. Charlie lost no time in developing skills for which he himself became legendary – learning to drink deep, comb his hair “right”, and to play the hell out of both harp and guitar.

After a rocky adolescence which included running moonshine in his 1950 Lincoln (Charlie has been a fan of big trunks ever since), Charlie migrated north to Chicago like so many others from the Deep South, hoping to find a factory job and a better life. What he found was Chicago’s South Side, with all of its grit, hard times and history-making music. Charlie didn’t just visit the South Side – he became part of it. Living in the basement of Delmark records with Big Joe Williams (who instructed Charlie further in the ways of drinking hard and playing deep), he met everybody including Muddy Waters, Howlin’ Wolf, John Lee Hooker, and Little and Big Walter. The kings and giants of Chicago blues accepted him into the clubs and even onstage; he became an adopted “son” and his considerable talents were further honed.

Charlie took these influences and ran with them. Forming his own band, he released his 1966 Vanguard debut, Stand Back! Now considered a classic recording, this album achieved immediate underground success and established Charlie as a blues force in his own right. The album’s triumph took Charlie out to California, and he stayed for the good times, good weather, and the bounty of good paying gigs. Able for the first time to completely devote himself to music, leaving the “day jobs” far behind, he became a regular player in the San Francisco music scene. Charlie was in “the scene”, but he also brought the hard edges of Chicago with him, and to the flower children of San Francisco he was an exotic, intoxicating, very sexy phenomenon.

Charlie’s talents have been recognized on many fronts. His body of work comprises over 20 albums of his own, and he has contributed to countless others including guesting on Bonnie Raitt’s Grammy award-winning LONGING IN THEIR HEARTS; The Blind Boys of Alabama’s Grammy-winning SPIRIT OF THE CENTURY; Tom Waits’ MULE VARIATIONS and even playing the driving harmonica on INXS’ SUICIDE BLONDE. He was the longtime compadre and musical partner to his friend John Lee Hooker; in addition to using Charlie’s harp playing on several of his albums, John Lee was also best man when Charlie married Henrietta. Their deep and abiding friendship lasted until John Lee’s death.

Musical institutions have honored Charlie, too. With 14 W.C. Handy awards to his credit and 6 Grammy nominations, he is firmly entrenched in musical history. Charlie has also been honored with the Lifetime Achievement Award from The Monterrey Blues Festival, the San Javier Jazz Festival in Spain, and the Mississippi Governor’s Award for Excellence in the Arts. Charlie himself is simply interested in sound – as he puts it, “music from the heart”: international, cross-cultural, modern, and classic, those sounds and tones that have feeling. Feeling for him knows no bounds. He is a master and an adventurer, and SANCTUARY is an unforgettable ride.

In an era where even the blues seem affected by the feel-good fluff of the 1990s, SANCTUARY is refreshingly real. In the same way that the early blues of Robert Johnson and the early urban blues of John Lee Hooker or Muddy Waters were not afraid to moan and wail, this CD tries to finds comfort in the expression of pain and struggle, instead of diluting it with sweetened optimism. 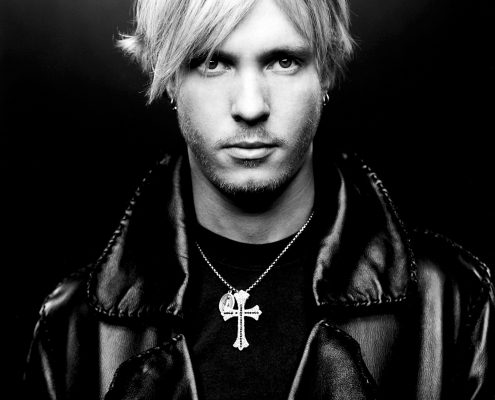 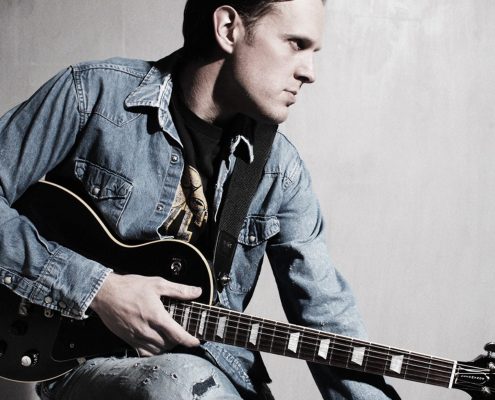 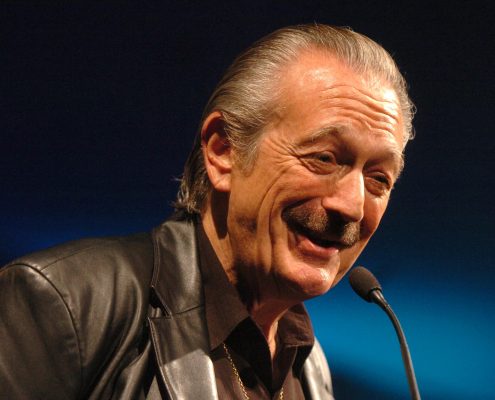