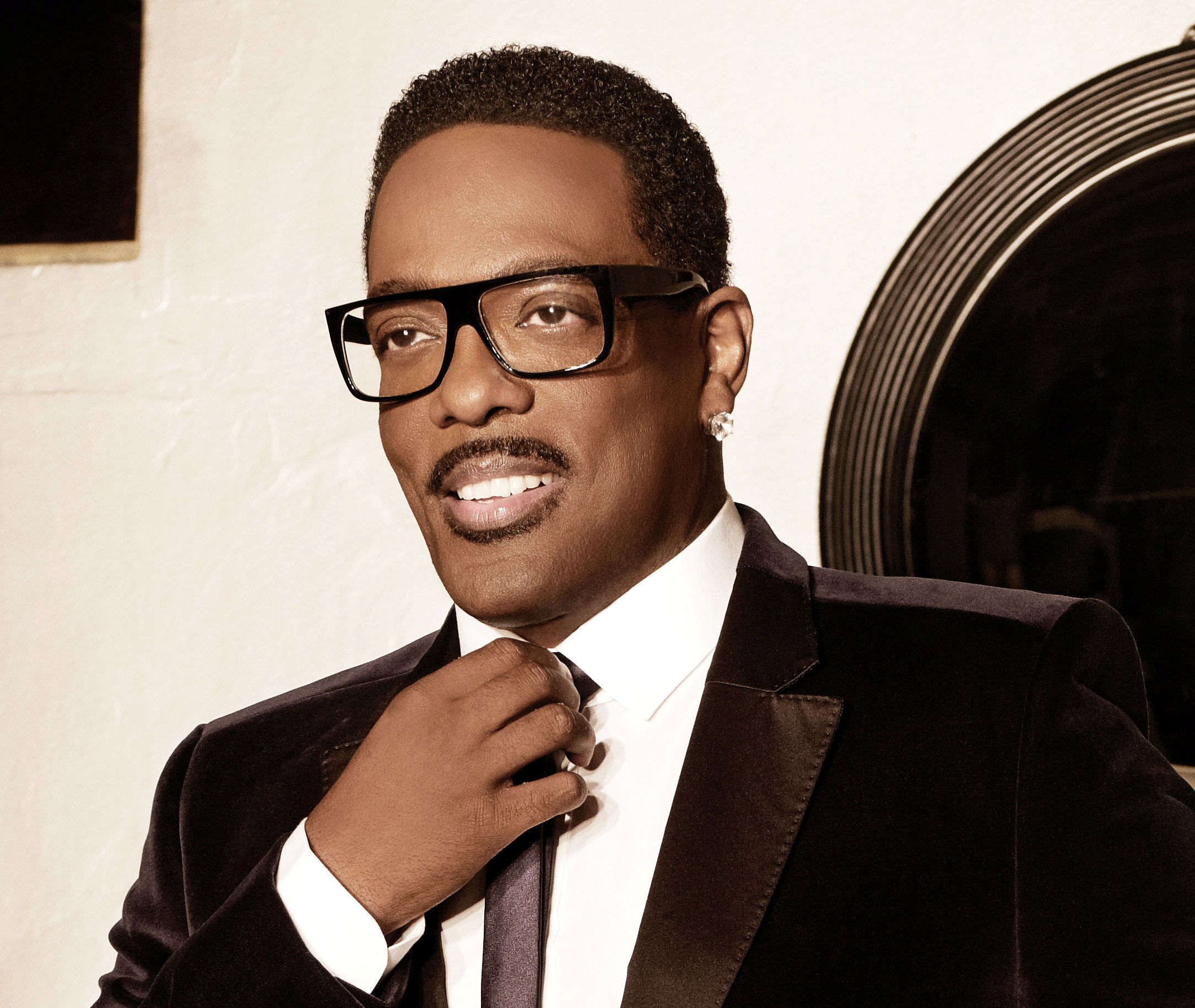 As one of the most familiar voices in R&B music, Charlie Wilson needs no introduction. The Tulsa, Oklahoma native and former lead singer of the funkadelic brotherly trio, the GAP Band, is now going two for two with his second solo album, on Jive Records, entitled UNCLE CHARLIE. The album is scheduled for release in February, 2009.

Once dubbed “the de-facto father of new jack swing,” artists like Aaron Hall and R. Kelly have long paid homage to his characteristic vocal style. Labelmate, Kelly, wrote and produced the hit single, “Charlie Last Name Wilson,” from the gold-certified CD of the same name. From classic R&B GAP Band hits like “Yearning for Your Love” and “Outstanding” to collaborations with Justin Timberlake on “Signs” and Snoop Dogg and Pharrell Williams on the Grammy nominated track “Beautiful,” Wilson continues embracing contemporary music with his phenomenal vocal style and unique licks. “It is a true honor to be able to continue to work with today’s hottest and biggest artists and as long as they still want me I am here,” Wilson said of his career’s longevity.

The first single, “There Goes My Baby,” is a hauntingly beautiful song written by multiple Grammy winner Babyface and Calvin Richardson, and produced by Gregg Pagani. “When they presented me with this song, I knew it was a winner,” says Wilson. “I was in love with it.”

Bound to become a wedding song classic, “There Goes My Baby” describes a man who falls in love with a woman at first sight which randomly takes place one day while shopping at the mall. A perfect mixture of contemporary and classic R&B, the music fuses perfectly with Wilson’s enchanting vocals.

UNCLE CHARLIE opens with the promotional single, a hyper as a heart-attack collaboration with T-Pain entitled “Supa Sexxy.” Having worked with T-Pain on his last project in 2005, Wilson was more than ready to return to the studio with his dread-locked label-mate. “When we first worked together three years ago, T-Pain wasn’t the household name that he is now,” says Wilson. “It has been wonderful watching him mature and grow as an artist and a businessman.” “Supa Sexxy” describes the strength of a woman when it comes to her man and how she can “swoop right down and pick him up” when he’s down.

To perpetuate the success of “Supa Sexxy,” Wilson decided to slow things down a bit and created a slow dance remix of the track with his good friend, Oscar winning actor and soul singer, Jamie Foxx. “Jamie and I have been trying to get together on a record for years,” admits Wilson. Foxx’s enthusiasm about joining Charlie on this track can be heard on his first verse in the song, “Charlie I know you’re the greatest but you can’t do this without me.”

While Wilson is also well known for his vintage party jams, “You Dropped the Bomb on Me” and “Burn Rubber On Me” he is also a sensitive balladeer who can bring tears to one’s eyes. The heart-aching ballad “Homeless was produced by the Underdogs, who produced several tracks on the album. Although the song reflects a man getting kicked to the curb by his lady and creates a hauntingly beautiful metaphor comparing being without her to being homeless, Wilson was still forced to face his own recollections of living on the streets 14 years ago. “I had hit rock bottom from my drug use so the idea of holding up signs on the street and food tasting like trash hits home for me. While recording this song, I started feeling a lot of those old emotions.” Indeed, the mastery of emotions and memories of that time are evident in Wilson’s charged delivery of “Homeless.”

“Let It Out” another track produced by Gregg Pagani is a funky dance mega-monster. The song was recorded in Wilson’s studio during a visit with Snoop Dogg when he brought his family to Wilson’s ranch to film the Season 1 Finale of his show “Snoop Dogg’s Fatherhood.” “I
was playing Snoop my demos for UNCLE CHARLIE and when he heard “Let It Out” he immediately began spitting his rhyme,” Wilson said. “It was like it was made for us.” The message of the song creates an even stronger dance appeal. “It is all about forgetting your problems and letting out your frustrations,” Wilson explains. “And what better way to do that, by dancing the night away?”

Snoop also confesses “I’ve learned a lot from Uncle Charlie about performing. “I used to just spit my rhymes but soon realized by watching his interaction with his audience and energy of his performance on stage that it wasn’t enough to just rap the song. He has helped me learn to connect with the audience and grow as a performer,” he adds. “Snoop was the one who started calling me “Uncle Charlie” and that nickname has grown to be what I am known as today, the coolest, most fly Uncle you ever had,” laughs Wilson.

Wilson’s television performances in 2008 included performing with Snoop on the fundraising episode of “American Idol Gives Back.” “We performed our song “Can’t Say Goodbye,” and as usual it was great. We were on the show with all kinds of celebrities including Brad Pitt and Robin Williams. It was a wonderful experience, and we helped raise a lot of money that night for the many charities associated with the show. I love doing charity work because I love helping people in need and if I can offer a performance to potentially change even one person’s situation, I am all over it!” Wilson publicizes.

The Wilson/Snoop collaborative duo also performed together live on the ABC television special “America United In Support Of Our Troops” which aired on September 7, 2008 from the Camp Pendleton Marine Base in San Diego, CA. “I got to take an entire tour of the marine base and met Marines of all ranks including Sergeants and Generals, it was an unbelievable experience. I look forward to doing more performances for our troops in 2009,” stated Wilson.

Proving to be a champion in an R&B league of his own, Wilson has outdone himself again crafting one of the finest R&B albums of 2009. UNCLE CHARLIE has a little something for everyone with an impeccable composite of timeless ballads, mid-tempo melodies and upbeat dance tracks that are ideal for any mood. Whether you want to party with friends, sit and reflect on a lost love or celebrate a new found relationship, UNCLE CHARLIE is a winner!