You are here: Home1 / Exclusive Asian2 / Gwen in Doubt 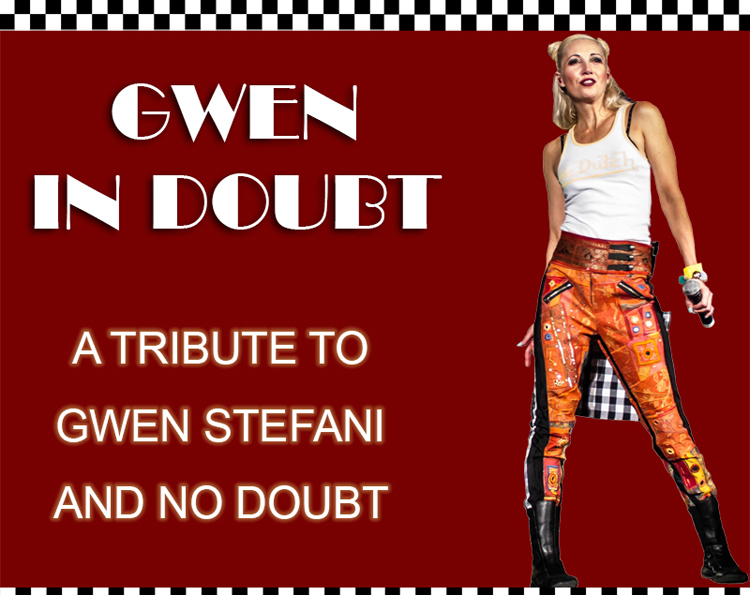 About Gwen in Doubt

Tamara Parel-Mclean started performing with Radio Rage, a band based out of L.A., performing at such places as Disneyland and the Las Vegas strip. While playing a gig at the Monte Carlo, Adrian Young (the actual drummer of No Doubt) was in the audience and sat in with Gwen in Doubt.

Tamara has also played with cover bands in Northern CA., and top Casinos in Reno, NV. When she would sing No Doubt songs and put on her blonde wig, night after night, people would approach her and tell her that she looked and sounded just like Gwen Stefani. Tamara was very flattered, but let it go in one ear and out the other for a while. It kept happening. She would be in a store or a casino and people would come up to her and tell her the same thing. Even other musicians would say, “Hey, you should do a No Doubt tribute!” It finally occurred to Tamara that she should take this wonderful opportunity and put this project together. She loves Gwen Stefani’s style, and what a great artist to salute!

Tamara had to find the perfect players and she found the band in Reno, NV. They were a cover band that was voted best band in Reno in 2002 by the Reno Gazette Journal. Three of the musicians were the players for Rob Hannah’s salute to Rod Stewart at the height of his career.

Ghost in the Machine
Scroll to top