You are here: Home1 / Exclusive Asian2 / The Gap Band 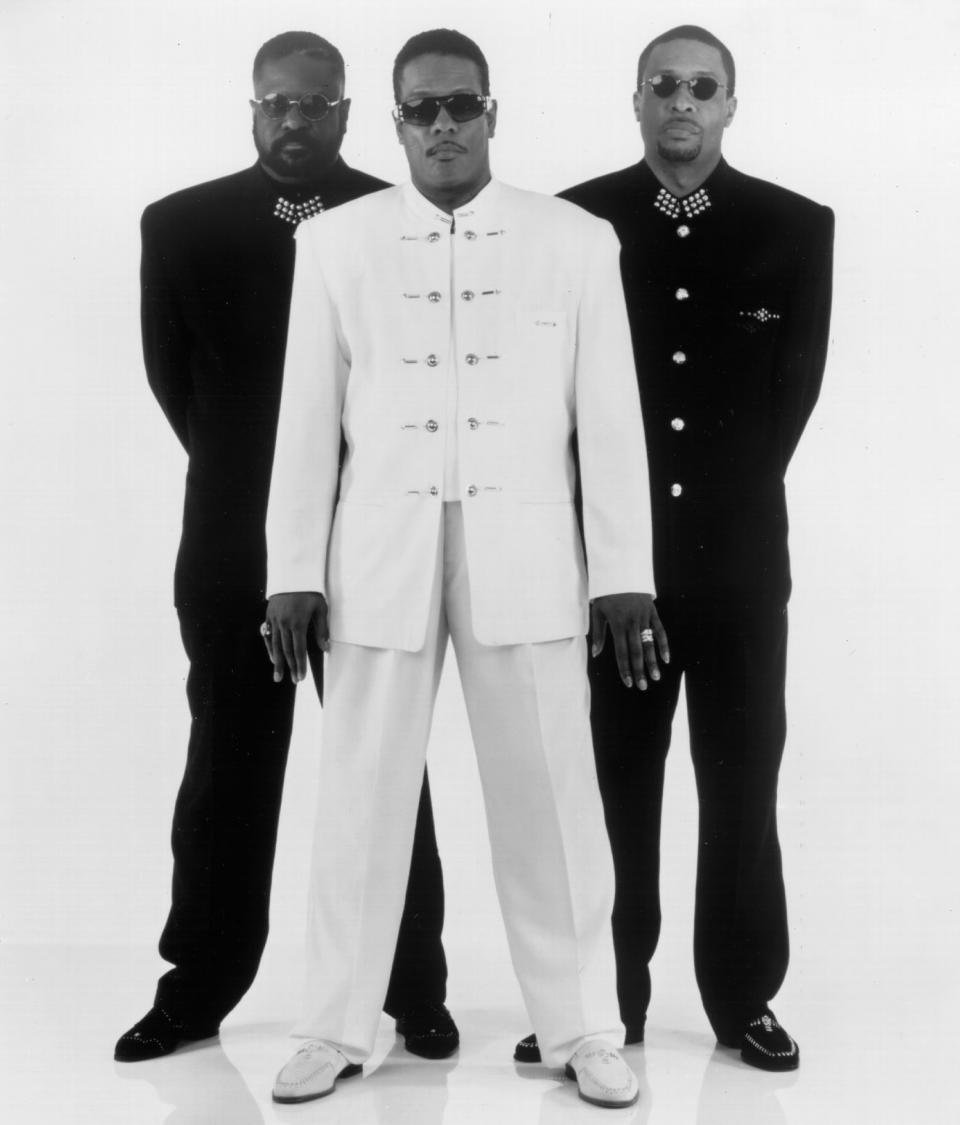 About The Gap Band

One of the most influential groups in the history of R & B, Charlie and his brothers, Robert and Ronnie Wilson, made themselves famous with their non-stop humorous funk grooves. You can probably get a witness of their style from many of the “new school” performers such as, Aaron Hall, R. Kelly, and Keith Sweat, who borrowed their grooves or vocals from the Gap Band’s arsenal.

The sons of a Pentecostal minister, the Wilson brothers started performing in 1967 when they formed a group along with Tuck Andress of Tuck and Patti Fame. The GAP Band, named after the black business hub of their native Tulsa, Oklahoma (Greenwood, Archer, Pine Streets), became the band of choice for visiting musicians. “We used to be called the Greenwood Archer Pine Street Band,” Charlie explains, “but that was a bit too much to put on posters, so we abbreviated it to G.A.P. Band. Then once, through a typographical error, the periods disappeared and out popped the GAP Band.”

During the band’s early career they opened for major hit bands like The Rolling Stones, and supported J.J. Cale, Willie Nelson, D.J. Rogers, and Leon Russell. In the 80’s, Charlie toured with Annie Lennox and the Eurythmics, as well as, other hit R & B groups like Maze, Roger and Zapp, Cameo, Rick James, Kool and the Gang, George Clinton, and Ready for the World, to name a few. From the late 70’s to early 80’s the band dominated the R & B charts with their hard driving funk grooves. Four of the band’s nine albums went platinum plus (The Gap Band II, The Gap Band III, The Gap Band IV, and Gap Band V – Jammin), selling millions of records and including 15 Top Ten R & B hits, and four #1 R & B hits, such as, “You Dropped a Bomb on Me,” “Party Train,” “Burn Rubber,” “Outstanding,” “Oops Upside Your Head,” “Early in the Morning,” and the smooth love song, “Yearning for Your Love.”

In 1994, Charlie performed with his protege, Aaron Hall, for the Boomerang soundtrack, starring Eddie Murphy, on “It’s Gonna Be Alright.” Later, in 1995, Charlie performed on tracks for Quincy Jones’ album Jook Joint with the Quincy Jones Orchestra, on the hit, “Stomp.” In 1996, the band reunited to perform a live greatest hits album, cleverly titled, The Gap Band: Live and Well. Charlie has performed with the NO LIMIT family of soldiers, working with Master P, Mia X, Mystikal, and others. The single “Whatcha Wanna Do,” with Mia X, slammed the charts. Charlie also performed with Snoop Doggy Dogg on Snoop’s platinum Doggfather album, singing, “Snoops Upside Ya Head,” “Tha Doggfather,” “She Was Just a Groupie,” and many others, and still continues to collaborate with Snoop on an ongoing basis. He also toured with Snoop around the world and on the 1997, forty city, Lollapalooza tour. Staying mainstream, Charlie continues working with younger performers and producers such as, Steve Huff, Terry Lewis, Shekspeare, Angie Stone, Case, Avant, Mark Nelson, Tricky and Laney Stewart, D.J. Quik, Dr. Dre, D.J. Pooh, Daz Dilinger, Preist, Kurupt, and L.T. “I feel very fortunate to be able to return musically to somewhere I never really left, and its flattering to know that the younger generation of musicians still fill their tracks with the sounds my brothers and I created years ago,” Charlie states.

Charlie also feels very fortunate and blessed that he has overcome his alcohol and drug abuse problem from the past. After going to rehab, he got married to his wife, Mahin, a psychologist, and has been clean and sober for over seven years. “I couldn’t have done it without God and my wife,” Charlie humbly states. Now, Charlie is working to bring back the sounds people across the world have enjoyed for years. Working with management, headed by his son, Michael Paran, for Pacific Coast Pirate Entertainment, Charlie and the Gap Band are sure to entice the world with their sounds in a new modern day flare, and continue to bring their music to the stage as they still continue to sell out concerts all year round.

Charlie has just completed his solo album, Bridging the Gap, which includes guest artists, Case, Avant, Mark Nelson, Angie Stone, Snoop Dogg, and Nate Dogg. The album is doing extremely well, and as of this writing, the first single, “Without You,” is number #1 on the Urban A/C Chart, and the album is #30 on the Billboard chart.