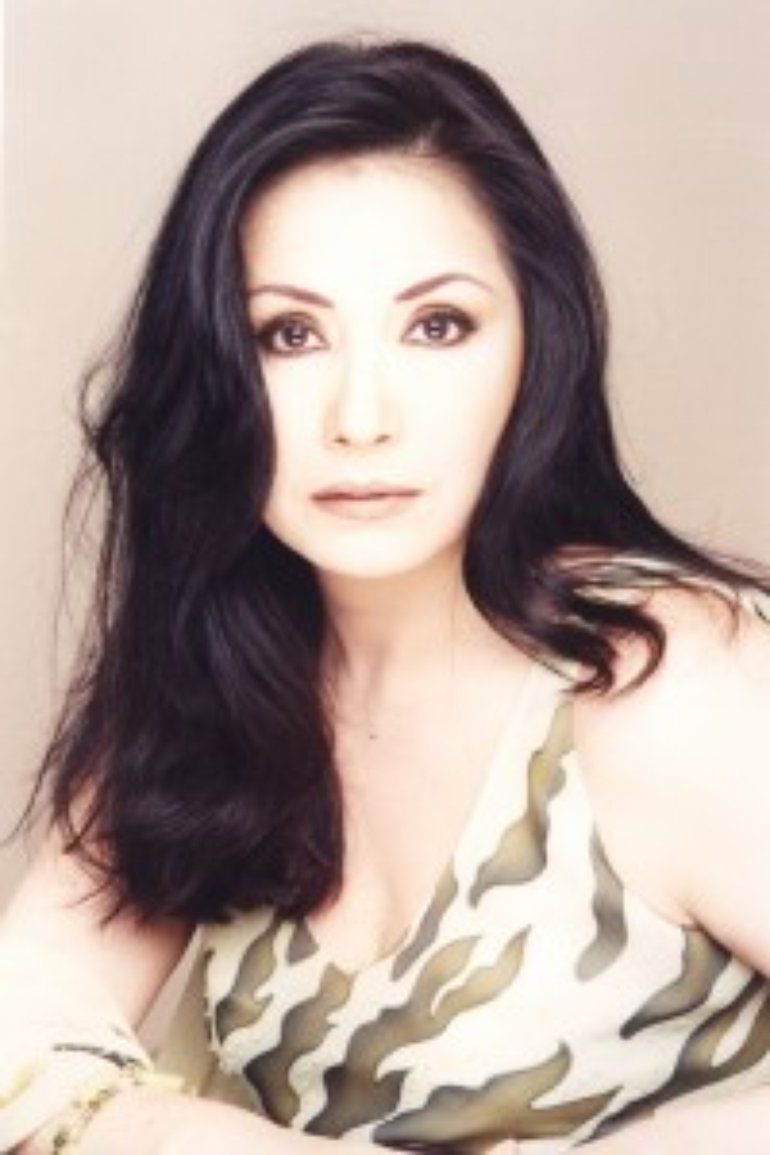 Innately inspired, self-critical, a perfectionist who demands a lot from herself, -this is Ana Gabriel on each one of the record productions she offers her public… a public that grows day by day in appreciation of her professionalism, her voice and her feeling… a public to which Ana Gabriel has for the last 25 years offered her songs and inspiration non stop since she first identified herself with music and composing, two elements which have made her remain in the public’s taste throughout an uninterrupted and rewarding career.

More than 10 Lo Nuestro Awards for Best Singer in Latin Music, Album of the Year, Best Interpreter, Best Feminine Artist, Song of the Year, plus diamond, platinum and gold records on top of an endless series of trophies, medals, awards, diplomas, silver torches, etc., reflect her success as well as the affection bestowed by the people upon this peerless singer/songwriter from Sinaloa.

Invariably at the vanguard of music, Ana Gabriel’s talent, dedication and temperament fills stadiums, public squares, theaters, auditoriums, fora, arenas and stages in all of Latin America. In addition, her music has reached countries such as Spain and Thailand. Ana Gabriel has successfully interpreted ranchera songs, ballads, corridos, even lambada!

Concerned with retrieving the root of our origins, Ana Gabriel will document herself through specialists on early century music – from where Mexican songs draw their indomitable style – or she will unleash her passion for love with romantic themes she writes or performs in the 14 albums she has so far recorded in her career.

Today, Ana Gabriel presents us with her most recent record production entitled I AM WHAT I AM, one with a great professional production team, working with Emilio Estéfan, Jr., who produced the album, plus Ana Gabriel herself who directed her own work and gave her voice to the songs; in addition, she used themes drawn from Emilio Estéfan Jr. and Kike Santander’s inspiration.

I AM WHAT I AM, shows a romantic Ana Gabriel, fresh and ready to deliver and transmit both her interpretative and her human qualities.

The production of I AM WHAT I AM represented a measure of hard work lasting eight months. In Miami, as well as in Mexico, there was a waiting period due to previous engagements by both Ana Gabriel and Emilio Estéfan; there was also the meticulous process of selecting the songs proposed and an atmosphere filled with camaraderie, inspiration and professionalism when the trio, composed of Ana Gabriel, Estéfan and Santander, got together. There was painstaking care exerted in the production of this album, culminating with the last recording done on the renowned recording studios Estefan Enterprises, in Miami, Florida.

Emilio Estéfan offers his opinion on how pleasant it was to work with Ana Gabriel in the production of I AM WHAT I AM:

“The secret of working for the first time with an artist has a lot to do with the first impression; and with us there was a lot of magic. With Kike and the rest of the boys a great atmosphere of much confidence and respect developed. It was, for me at least, an incredible experience. My bond with Mexico continues to be an enriching one, and ANA GABRIEL is, most certainly, a woman of great culture, with plenty of artistic knowledge in relation to where she wants to go. This is important for singers, but it is also important that they allow themselves to be guided. I think we both gave the very best of ourselves to bring this project up under a more fresh and rhythmical influence. ANA’s interpretative force is the key, and her stamp is well etched in the record. Observing her work was, for me, a pleasure, since on top of being a singer, ANA is an excellent composer, one who knows about music and this business. ANA GABRIEL records her songs quite fast, and her great sense of exigency invariably forces her to give the best of herself; and this makes it a worthwhile effort”, he says.

I AM WHAT I AM contains 10 themes ranging from romantic songs to rhythmical ballads half of which have been written by Ana Gabriel, three by Kike Santander, one by Emilio Estefan and Jose Miguel Velasquez, and another one by Hector Garrido and Antonio Moreno. On each theme Ana Gabriel imposes her interpretative ways, her feelings and her typical stamp to make I AM WHAT I AM the next hit, which will, no doubt, break record sales, allowing Ana Gabriel to simple say that, indeed, she is what she is!