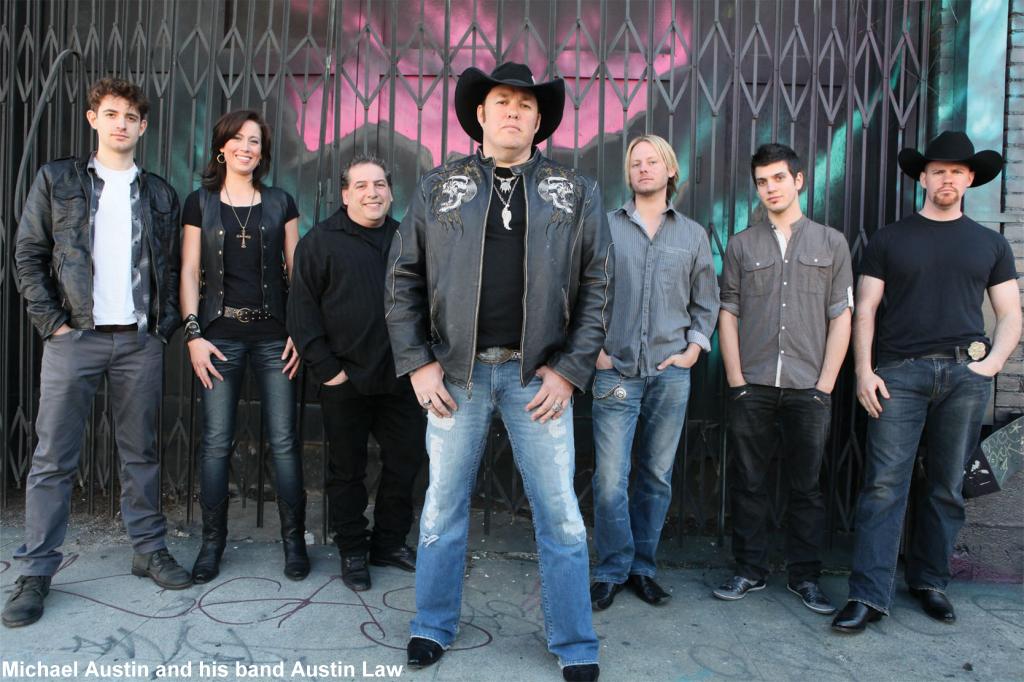 Austin Law has had three top 40 hits in over 25 different countries from their debut CD entitled “Neon Halo”. The band continues to work hard to bring quality to their live shows and working even harder at making sure people get an entire CD of good music, not just one or two good tunes and the rest are fillers. Austin Law is dedicated to our USA Armed Forces and has four shows lined up in 2011 to entertain the troops out at Camp Pendleton, CA.

Austin Law is known as a Southern Country-Rock Band with a unique sound and musical flavor. Their blend of today’s Country music and Southern Rock, as well as, the relaxed Californian sound, and strong harmonious backgrounds, are influenced and comparable to the musical sounds of such artists as The Eagles, Alabama, Blackhawk, Confederate Railroad,… and Rascal Flatts.