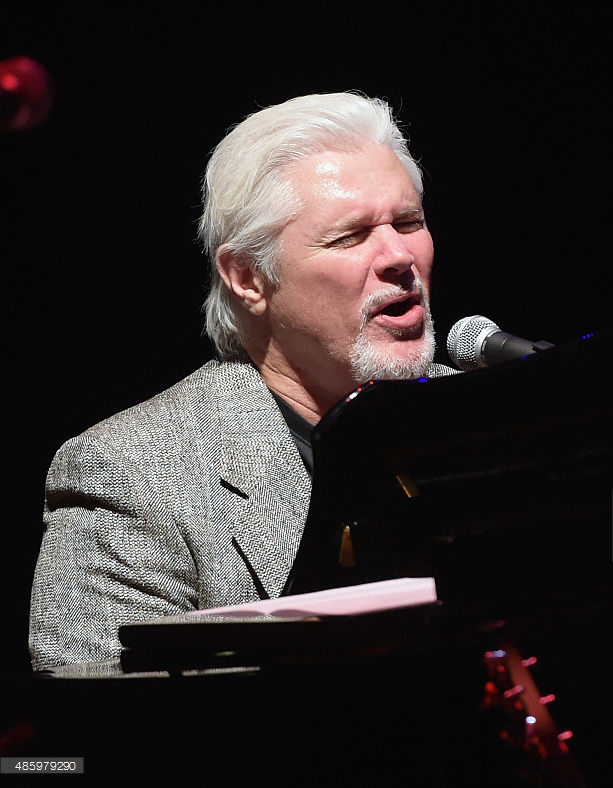 Charlie Rich, Jr. – the name speaks for itself. Charlie was the first male child of prominent musical parents. His father, (dubbed by many as “The Silver Fox”), is considered one of country music’s greatest influences to this day.

One of the select few artists of his time to attain success in both the pop and country music sectors, Charlie Rich achieved legendary status as a “musician’s” musician; indisputable talent.

Charlie’s mother (Margaret Ann Rich) was one of the founding members of the Memphis Chapter of the National Association of Recording Arts and Sciences and is still a very successful songwriter and publisher in her own right.

Charlie Rich, Jr. was raised in the midst of this dawning social musical exuberance. The newfound collective enthusiasm had a powerful influence on young Rich, leading him to be tenacious in his pursuit of music around the time the so-called “British Invasion” took America by storm.

Rich was influenced by such diverse components of popular music as his (Godfather), boisterous rock and roller Jerry Lee Lewis, as well as The Beatles. Later he turned to acts such as Roxy Music, Jimi Hendrix and Brian Eno for inspiration. His passion was the music that stirred the psyche, daring one to explore deep into one’s emotions. “She’s Leaving Home” by The Beatles and “In Every Home a Heartache” were a driving force to this adolescent with a vision.

Charlie, Jr. inherited a gift for composing complex yet captivating musical melodies. He experienced fame at a tender age – Epic signed him to an album deal in 1974 that was praised by critics and the public alike. His peers, Dan Fogelberg, John Hyatt, and John Prine, were similar to Charlie – visionary artists who were way ahead of their time.

Around that time, Charlie decided to proceed in his career by adopting a surname. Hence, Allan Rich was born. Any second-generation artist will agree – it’s not easy to follow in the footsteps of a legend. Charlie, Sr. hit it big in 1974 with the smash hit “Behind Closed Doors”, and Allan’s moderate success was a bit overshadowed. Columbia Records was quick to hop on the bandwagon and sign Charlie out from under his earlier deal, but unfortunately, reality prevailed once again as Charlie became lost in the shuffle while CBS implemented corporate changes. Charlie, Jr. escaped the politics of the music industry and set out to tour with his mentor – “The Silver Fox”. Jr. and Sr. managed well on the road together. The show, consisting of the Silver Fox, his son, as well as other Rich family members turned out to be a smash hit everywhere they toured. Charlie, Sr. performed his originals and allowed Charlie, Jr. to create and entertain in a relaxed manner. They rode the wave of the Silver Fox legacy together, gaining the admiration and devotion of audiences all over the country.

In 1980, Charlie Rich, Jr. moved to the West Coast to pursue another solo deal. He was sidetracked by his love of animation, which he studies to this day. Rather than classic frame-by- frame animation of the “Disneyesque” variety, Rich now integrates his music and animation into a cohesive force by implementing Macromedia’s FLASH format via web development.

While living in Los Angeles, Charlie established himself as an innovative keyboard player, vocalist and composer. His credits include albums with Smokey Robinson, (Grammy Award winners) The Texas Tornados, The Laws Family, and the “King of Tex-Mex” – Freddy Fender. In 1991, Rich’s friend Billy Swan of “I Can Help” fame, invited producer Reggie Fisher to see Rich play at the legendary Palomino Club. Fisher was blown away by Rich’s talent. He offered a recording contract on the spot, requesting that Charlie, Jr. be a component in the superstar ensemble Fisher was promoting – Black Tie. The budding ensemble consisted of Billy Swan, Randy Meisner (Cofounder of The Eagles and Poco), and Jimmy Griffin (formerly of Bread). Since Griffin had just signed a record deal with The Remingtons, Fisher thought that Rich would be the perfect compliment, and eventual replacement. Black Tie recorded tracks for an album that bore several chart favorites, including “I’m Sure of You”. The recording, CO- written by Rich and Swan, featured Rich, Jr. as vocalist and topped the charts in 1993.

Subsequent to the success of Black Tie, Meisner, Rich, and Swan formed their own group. With a heavy emphasis on vocal harmonies and stellar song writing, they drew their respective supporters to the shows, gaining new fans all the while. Their sold-out performances in the United States and Europe built upon their reputation as true innovators in the West Coast country-crossover sound. Meisner’s earlier success with the Eagles, Poco and the Stone Canyon Band proved invaluable in procuring a diverse following. The combination of harmonies reminiscent of the Eagles and the southern roots influences of Rich and Swan proved greatly beneficial when composing. Meisner, Rich, and Swan recaptured the exquisite euphony of their artistry in the studio recently while recording their first album.

Their first album was released to complimentary critical acclaim April 25, 2000. Released first in Japan and Europe, the official US release this Summer. Charlie Rich, Jr. was honored to receive the prestigious Phillips Award for Best Newcomer of 1999, presented by the National Association of Recording Arts and Sciences in Memphis, Tennessee. In the interim, Charlie, Jr. moved back to his hometown Nashville, where he is presently focusing on writing and touring nationwide. His plans in the new millennium include the continued creation of an AVCD (audiovisual compact disc). The same incredible music, but with a unique twist, the interactive multimedia utilizes Flash animation and MP3 audio compression to deliver an incredible audio/visual experience. The resulting extravaganza emulates the Disney classic “Fantasia” in a contemporary presentation.

While Charlie Rich, Jr. is ultimately a respected artist of the highest propensity, his foray into the multimedia realm is yet another extension of this talented singer, musician, and songwriter. In an age of blatant predictability in country music, Rich delivers a sophistication that is representative of a great southern author. Charlie Rich, Jr. is here to stay. He writes music with depth and emotion. His music is timely yet timeless. He is a classic. He is an artist. The legend continues.