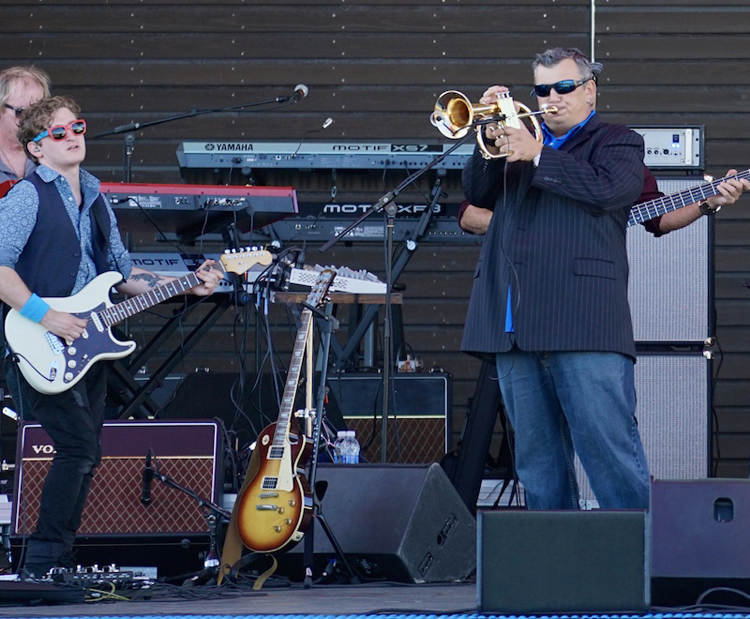 A musical institution, Blood Sweat & Tears has left an indelible mark on the American music scene since 1968. One of the greatest horn bands in the history of popular music, BS&T’s alumni roster reads like a Who’s Who of the world’s greatest jazz and rock musicians.

As BS&T has evolved through the years, it has maintained its commitment to high standards by including in its current roster the most talented musicians available.

Starting out in Greenwich Village in New York, the band won world-wide acclaim, becoming the first in many categories: first band to tour behind the Iron Curtain, first band to have 3 hit singles from the same record, first band to combine rock with jazz and of course Sunday night Woodstock, YES the real Woodstock.

Racking up sales in the millions, BS&T earned multiple gold albums, 10 Grammy nominations and won 3 Grammy Awards, including the most prestigious of them all, Album of the Year.

A band with a social conscious, BS&T teamed up with the Berklee College of Music in Boston to form the Elsie Monica Colomby music scholarship award. This is a lifetime scholarship awarded yearly at the college to deserving students to help some of their daily expenses. BS&T helps other communities as they did after the devastation caused by hurricane Katrina in New Orleans in 2005 when BS&T donated money to replace musical instruments and had the entire high school marching band join them on stage for a jam session—a night those kids and some very proud parents will never forget.

Through there have been many changes in the bands lineup over the years, BS&T continues its tradition of finding and showcasing the brightest talent around the world. Whether playing their greatest hits, or new arrangements of classic songs, the band provides a night you will never forget.

At all the band’s performances, the musicians are available to answer any questions, to sign autographs, and to talk to young people about the joy and importance of having found music in their lives. As BS&T’s long-standing audiences bring their children to the band’s performances, a new generation joins an existing wide demographic of loyal fans.
Left to right: Steve Jankowski, Bobby Colomby, Teddy Mulet, Jeff Lorber, Jens Wendelboe.

BS&T concerts has brought record attendance and sold out shows throughout the world. Blood Sweat & Tears has once again proven that great musicians produce great music, the main reason the band is in such high demand. The horn section has recorded with Jazz great Jeff Lorber for his 2007 Grammy nominated album “He Had A Hat”.
2008: BS&T was named Honorary Ambassador of Peace by Kim, Jin-sun Governor of Gangwon Province Republic of Korea.

2009: Increased Touring and another World tour.

2010: BS&T again recorded with Jazz Great Jeff Lorber on his “Now Is The Time” album. A world tour that was interrupted by a Volcano in Iceland and a great Concert in Moscow. Trumpet Legend Arturo Sandoval sat in with the band at a Boston Concert. BS&T purchases their own custom Tour bus and are happy to give up and coming musicians a tour of the bus.