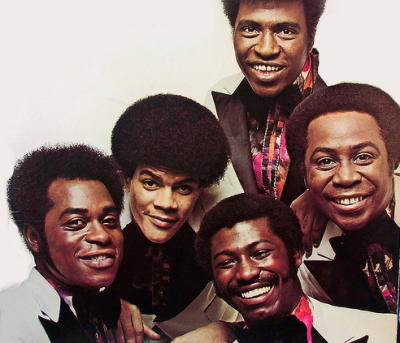 The group, originally known as “The Charlemagnes” was founded in Philadelphia, Pennsylvania in the early 1950s. However in the 1960′s the name was changed to Harold Melvin and the Blue Notes, which soon went on to record several hits on Gamble & Huff’s Philadelphia International label between 1972 and 1976.

After Harold Melvin’s, the founder and lead singer, untimely death in 1997, the Blue Notes regrouped and went on to perfect something that was already perfected. Their individual charismatic vocal talents and choreographic genius personifies Harold’s teachings and have marked them as “specialists” in the trade. The Blue Notes years of experience allow you to experience an intriguing and captivating performance. Their showmanship and professionalism are essential components that make them extraordinary.

In 1975 the group was joined by female vocalist Sharon Paige. The group then went on to release one of their most critically acclaimed albums, “Wake Up Everybody”. Except for a brief absence in the early 1980′s, Sharon Paige has toured with the group ever since.

Harold Melvin’s Blue Notes today are just as evocative, alluring and just as soulful as the group has been in the past.