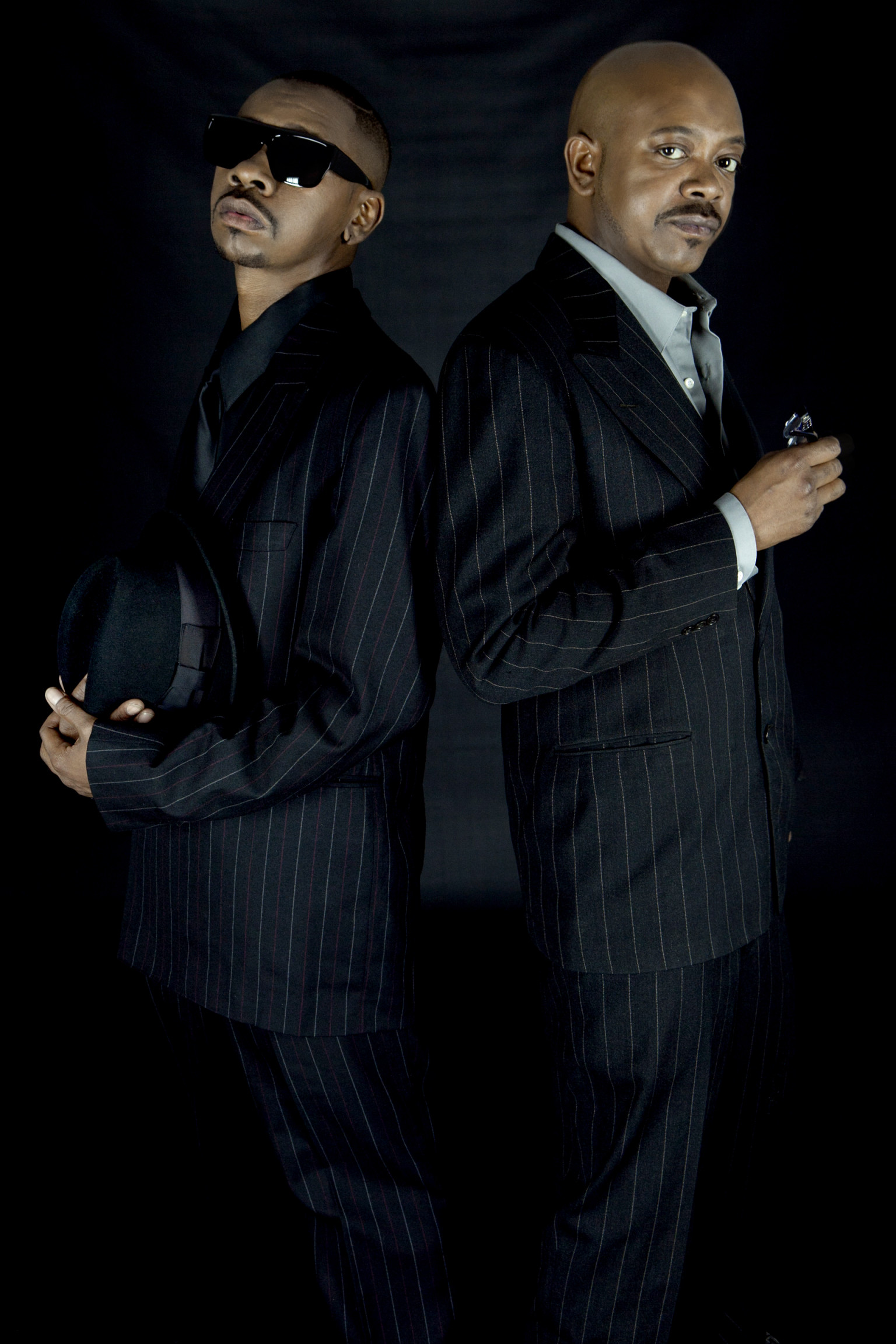 K-Ci & JoJo Hailey have been described as having the ability to sing to the power of ten. Their awesome vocal prowess, a uniquely inimitable combination of raw power (K-Ci) tempered by sweet charm (JoJo), has sustained this dynamic duo over an award-winning ten-year career. There’s an even bigger reason for their unparalleled international success. No doubt, you’re familiar with the expression “game face,” best characterized as a determination to play by the rules as hard as one can. No backing down, ‘cause the game is definitely ON! Musically, K-Ci & JoJo are the very embodiment of the phrase, two blood brothers who refuse to approach their craft without their game faces firmly in place. We mention “ten” and “game face” because they mesh seamlessly with K-Ci & JoJo’s current status in life. Their new, and third, MCA Records album is aptly titled X, the Roman numeral for the number 10. And “Game Face” just so happens to be one of the songs on this exceptional offering. K-Ci explains: “We’ve been in the game for over ten years, now. X is an album that, to me, shows we haven’t changed. Even when we recorded as Jodeci, we would go into the studio just singing, ‘cause we just love to sing. If you give us a hot track, we’ll sing to that, with our game faces on!” Pardon us if we seem just a bit overly enthusiastic as we tout the many virtues of X, an album so full of surprises and exciting twists and turns that you’ll find yourself caught up in the moment time after time after time. X is a celebration of a just-completed golden decade that began with the legendary multi-platinum Jodeci, hip-hop’s first internationally successful group. Jodeci generated such ten Top Ten hits as “Forever My Lady,” “Stay,” “Come And Talk To Me,” “Lately” and “Cry For You” off 1991′s triple Platinum Forever My Lady, 1994′s double Platinum Diary Of A Mad Band and 1995′s double Platinum The Show, The After-Party, The Hotel. In 1996, K-Ci & JoJo took the world by surprise by going solo with the triple Platinum “Love Always” and scoring the super-sized # 1 Pop hit, “All My Life,” a song that has since gone on to become an anthem for all lovers who have found that perfect partner. “You Pick Me Up” and “Don’t Rush” completed the heady rise to the top for this dynamic duo. In 1999, K-Ci & JoJo released their second album, the double Platinum It’s Real, which spawned the hits “Tell Me It’s Real” and “Fee Fi Fo Fum.” They closed the millennium by being the only act in music history to have a # 1 Pop song (“All My Life”), # 1 Rap song (2Pac’s “How Do You Want It”) and # 1 Gospel song (The Hailey Family’s “” which was co-written by their mom Anita Hailey “Mama Song”, K-Ci says, “Our mom calls every week for her royalty check!” The year 2000 marks the beginning of a new millennium and K-Ci & JoJo look to conquer even more horizons with X, the first album on which they decided to let others handle the production efforts. If names such as Babyface (“All The Things I Should Have Known”), Teddy Riley “Wanna Do Right”, Timbaland (“Game Face”), Delite (the first single release “Crazy”, Emanuel Office and Ralph Stacy (“I Can’t Find The Words” and “Suicide”), Johnny J (“Thug In You/Thug In Me), Rory Bennett (“Honest Lover”), Tim Owens (“One Last Time”) and Deconzo Smith (“If It’s Going To Work”) and–are you ready?—Jodeci co-member Devante Swing (“Slip & Fall” and “Get Back”) don’t get you excited, then check your pulse! And to quicken your pulse just a bit more, K-Ci & JoJo invited special guest the late, great 2Pac on “Thug In Me/Thug In You.” “K-Ci and I wrote over 75% of our material, so we’re very cautious about outside material that we’re going to use,” JoJo says of their decision to use outside producers and songwriters. “The team of writers we used on X are like family. It’s not like we just went out and got anybody. We really wanted to see how far we could go and bring music back to where it was. It was like an experiment.” K-Ci adds: “People haaad never really heard us work with some of these other producers. We put a twist in the plan to sort of say we appreciate you for accepting our ideas, but let’s hear other people’s ideas to hear how they sound.” Oh, and if you haven’t guessed by now, the appearance of Devante Swing on “Get Back” and “Slip & Fall” marks an unofficial Jodeci reunion. Will there be more? “Lemme put it to you in two words: We’re back!,” K-Ci explains. So, what prompted K-Ci & JoJo to hook back up with Devante? “We never left each other,” JoJo says bluntly. “We actually never split up; we just took a break. With Jodeci, we had been around the world a couple of times. We just wanted to try something different. We know that there are people who get mad when they hear that groups split up. Please don’t be mad at Jodeci, ‘cause we never split up. Now, only God knows what the future holds. But, from what we feel, the future looks very bright.”

For the present, though, K-Ci & JoJo bring serious attitude to X. “All The Things I Should Have Known” is a gorgeous ballad that complements K-Ci & JoJo’s soaring vocal combination. “I Can’t Find The Words,” an R&B song that’s a throwback to K-Ci’s Bobby Womack influence, finds K-Ci torching the stuffing out of the song. “Our manager, Damon Jones, wanted us to do a song like back in the old days, a song with the feel of Sam Cooke, Otis Redding,” K-Ci relates. “With us being from church, we know how to do that!” 2Pac, whose close relationship to the brothers is well documented, The Stevie Wonder-esque “One Last Time” is highlighted by JoJo’s achingly stunning interpretation. The golden blend of Rory Bennett and JoJo, co-writers of “All My Life” and “Tell Me It’s Real,” is added to “Honest Lover,” a song sure to become a Top-40 standard. And, keeping things in the family, K-Ci & JoJo feature their half-brother, Marty, on “Suicide.”

A full decade under K-Ci & JoJo’s belt impacted their lives? K-Ci concludes, “Everywhere we’ve been in the past ten years, we‘ve had fun, we’ve had a lot of love shown to us. This album is special to us. That’s why we call it X, because we want everybody to know what we went through the past ten years.” “The opportunity to travel around the world made us realize that love is not limited,” JoJo reveals. “We put a lot into X. We try to touch every situation dealing with life and love. Like Mama says, ‘We all need love.’”