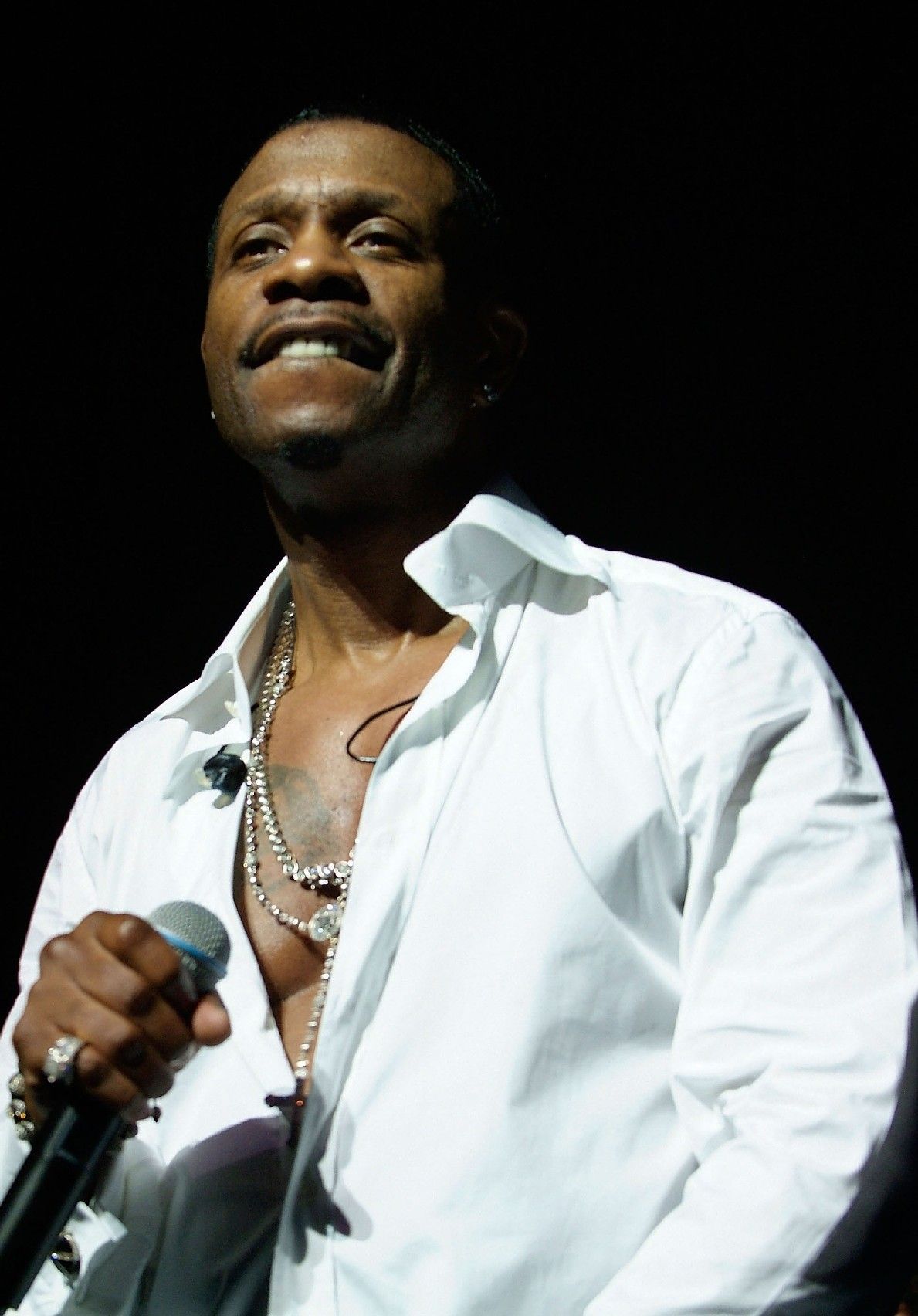 Keith Sweat has done more than just stand the test of time. No other contemporary R&B singer has reigned with such consistency, delivering in searing, soul-drenching tones, an aural history of the trials, tribulations, and triumphs of the urban male.

His brooding, almost panther-like mystique has served him well over seven enduring albums, a thoughtful and compelling counterpart to the din of disposable wannabes who claim the throne and then abdicate between album cycles. Keith, now 15 years in the game, has always relied on one thing to carry the musical day: his razor-sharp instincts.

To put it another way from his incredible 1987 era-changing debut, Make it Last Forever, (which helped launch new jack swing)to 2000′s sleeper classic Didn’t See Me Coming (you know you’re still jamming to cuts like “Real Man,” and the gritty “Don’t Have Me” Sweat has subscribed to one notion above all others: Let Keith Be Keith. Sexy, brash, sometimes pensive always provocative, he holds a Sinatra-esque respect for both his fans and his material that keeps us ‘coming’ back for more, again and again. “They know me and I know them,” he says proudly. “I’m street. Born and raised in Harlem. That’s all you got to know about me. I know what I got to do on a Keith Sweat song.”

And now, on his eighth album, the soon-to-be-classic Rebirth, Keith purposefully captures both the past and the future, unleashing a masterpiece of slowjams and uptempo numbers that recall not only his roots, but also the incredible journey that has brought him to this moment. Whether it’s the sizzling “What Is It?” or the sensuous “One On One,” featuring Lola Troy and Lade Blac, or the defiant, in-your-face “100% All Man,” Keith runs the table on this one, stoking the kind of un-tempered passion not heard since, well, you know when. “I wanted to grab some of the feeling I had on my very first album on Rebirth,” he says. “Fans come up to me every day and tell me how much Make It Last Forever meant to them. I want this to be a symbolic rebirth for them and me.”

Keith says there are similarities in structure and even melody to his more rarefied gems. “You take a song like ‘Wonderful Thang,’ that could have been on the first album, absolutely.”

Produced by Keith and co-produced by Roy Hamilton, Rebirth mines Sweat’s genius for unrelenting groves without resorting to rehash or overkill. “I’ve always been able to approach my own career with the right amount of objectivity,” says Sweat. “I do a lot of the classic songs in concert, which enables me to see the strengths of my career, the twists and turns that other cats sometimes miss. This is a business, yeah, but you have got to be able to enjoy it. You’ve got to be passionate about what you are singing up there. I’ve always had a respect for people who recognize the importance of that.”

Over the years, Keith has achieved that kind of stature with his fans. From his groundbreaking emergence with producer Teddy Riley and the aforementioned new jack swing phenomenon in 1987, to the quadruple platinum 1996 effort Keith Sweat, to his critically acclaimed collaboration with fellow superstars Gerald Levert and Johnny Gill on the double platinum LSG, Keith has dominated the pop and R&B worlds with unprecedented precision. When you remember that his peers in those early days Bobby Brown, Al B. Sure, the group Guy, and so many others have quietly receded, his unblemished track record becomes even more impressive.

Keith has also excelled as one of Atlanta’s most prolific industry moguls, building his own recording studio discovering new artists such as Silk and Kut Klose and becoming a much sought after mentor of young talent, as well. “I give advice when asked,” he says humbly. “You have to keep yourself in check sometimes with the younger up-and-comers. They sometimes find the truth out about this business the hard way. Atlanta has gotten so big. I look at the entire Atlanta music scene has an extension of New York now. With technology the way it is, and the growth of Atlanta, it’s really part of the mainstream now. You can make music anywhere you want, which is a great thing.”

When you pause to consider just a few of the stats from Keith’s amazing career five consecutive #1 R&B albums, (all seven have debuted in the Top 5), fifteen top ten R&B singles, including seven #1′s and four top five pop singles you realize he’s now reached Hall-Of-Fame territory. “Longevity means everything to me. But one of the reasons I did this album was to remind myself how I felt the first time I ever came out,” he says. “I’m proud to be able to still make records that mean something to the hardcore fans out there.”

Still, Keith insists he never dwells on the past too much. And he’s quick to point out that Rebirth slices and jabs at the heartstrings as well. He’s still got that devilish gleam in his eye. “You listen to a song like ’100% All Man,’” he says. “It’s a song every man can identify with no matter what they listen to. I flip every now and then, like everyone else. I’m still street. That song is letting you know I can flip when I have to.”