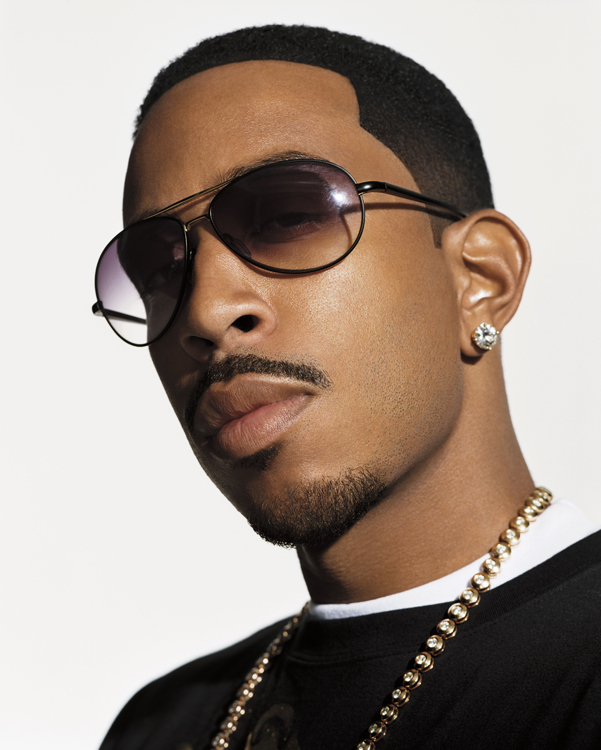 Everybody’s crazy country cousin, Ludacris returns from the road (and all them “area codes”) with his newest joint Word of Mouf. “I try to make good albums as well as dope singles,” says 24-year old Ludacris. “The kind of music of music that people blast in their rides. It’s my goal to make the kind of music if there was no television, no radio or no street teams…you’d still know about my record. That’s what Word of Mouf is all about.”

Having crashed straight out of the red dirt landscape of Atlanta, the madcap style of Ludacris first emerged on the indie produced effort Incognegro, which sold 30,000 copies. Still, it wasn’t until the release of his triple platinum classic Back For the First Time (2000) on Def Jam South that he really got a chance to bubble. “Believe me, it’s what I had been waiting for all my life.” On his breakout singles ‘What’s Your Fantasy’ and “Southern Hospitality” this comical brother from another planet dropped his ill rhyme style into the earholes of America. “I grew-up watching Richard Pryor, The Three Stooges and Dolimite,” says Ludacris. “I’ve always been the funny dude in my crew, so I wanted to put that humor into my lyrics.”

Although still a babe in the world of rap, Ludacris has grown. “This record is the life report of my life for past year,” he says. “It’s me learning everyday, being more educated and becoming a better tapper and entertainer. Before I started working on Word of Mouf I felt like the best was yet to come. And now here it is.” Produced by the machine-man known as Timbaland, the disc’s first official single ‘Roll Out (My Business)’ is a rip-roarer that will have even old folks shaking their wrinkled thangs. “No beats motivate me faster than Tim’s,” confesses Ludacris. “I know sometimes as an entertainer, people want to know what’s going on in my life but then there are those people who just make shit up. This song is for those rumor starters.”

Word of Mouf also features the hoochie anthem ‘Area Codes’, the first single released on the multi-platinum Rush Hour 2 soundtrack. “Producer Jazze Phae is one of those dudes who’s into real funk,” says Ludacris. “We worked on another track called ‘Keep It On The Hush’ that is so soulful.” In addition, Ludacris has collaborated with Swizz Beatz (“Cry Baby”), Jagged Edge (“Freaky Things”), and 8Ball and MJG (“Hard Times”).

Known on his driver’s license as Chris Bridges, the lanky rapper got his start in the business when he became a disc jockey on Atlanta’s premier hip-hop station WHTA (Hot 97). “But don’t get it twisted, I was already rapping before I even got on the air,” stresses Ludacris. “People want to think that I was a radio jock who started rapping, when really it was the other way around.”

Rolling wild with his crew Disturbing the Peace – a motley posse of talented rappers and producers that includes Shawna, Little Fate, Infamous 2-0, 4-IZE, and Shondrae – Ludacris brags, “We make such a good team, because each person brings something different to the table. But, we all wild out and live everyday as though it were our last. Believe me, if you lived next door to D.T.P., you would be knocking on the door demanding we turn down the noise.” Featured on Shondrae produced ‘Get The Fuck Back’, the only female in the crew, Shawna, has no problem hanging with the homeboys. “She’s a raw female with sex appeal, but she’s also honest and rough.”

Collaborating with his old friends Organized Noise (Outkast, Goodie Mob) was like coming home to a plate of catfish and grits. “When I was younger, I was one of those dudes who was just trying to get in where I could fit in,” remembers Ludacris. “I used to perform at open mics and talent shows. That was how I got to know Organized. Later, I was one of those studio rats hanging out at The Dungeon, always trying to get into something.” Unafraid of kicking out the jams with his extended fam, the second single ‘Saturday’ is another boogie monster waiting for the weekend. “Music is something that you’re supposed to feel in your bones, and every beat those boys create make me rattle.”

While it’s obvious that Ludacris likes to have fun as much as the next rapper, he also knows when it’s time to be serious. Produced by newcomer Jook, the aural bleakness of ‘Cold Outside’ is a straight-up reality check that is dear to Ludacris’ heart. “No one wants to go back to the lowest point in their life,” says Ludacris. I made this song so I would have a document of my struggles in the game and how far I’ve traveled.” Indeed when Ludacris says, “Rapping was my only way, but my mama told me to save it for another day/ but I got to make it ’cause it’s cold outside”, many can relate to these powerful words.

With the release of Word of Mouf, the world can soon forget about learning country grammar, because Ludacris is speaking an entirely different language.