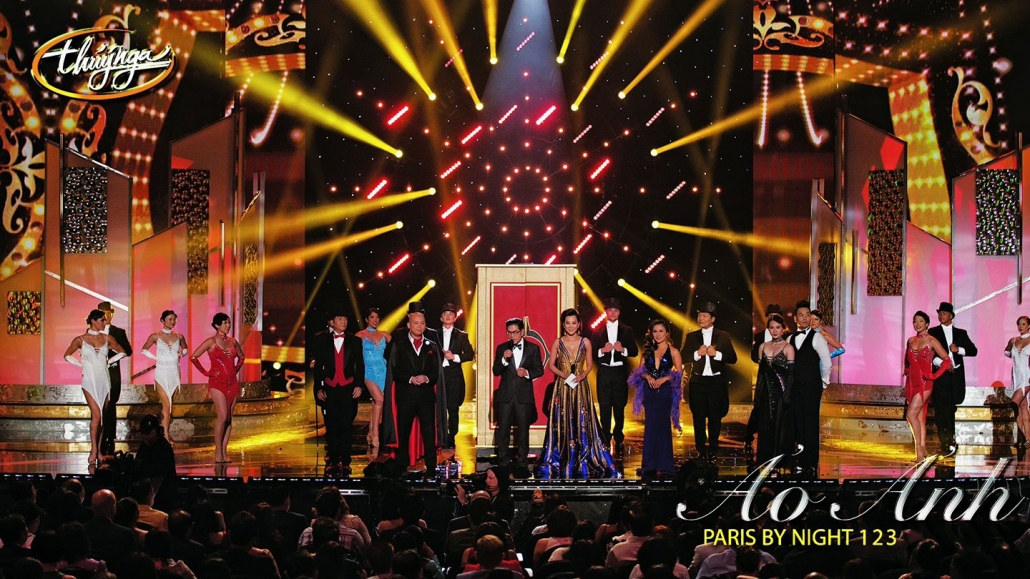 About Paris By Night

It could be said that every Vietnamese person in the world has seen or heard of Paris by Night music videos and its renowned trademark name, produced by Thuy Nga. Its founder, Marie To, has proved an unswerving flagship in the development and marketing of the ever growing and popular music videos and Thuy Nga trademark name.

Since its inception in the early 1980s, the company has captured an immensely loyal international fan base. The popular music video—now synonymous with “Paris By Night” brand name—are best known for their sophisticated set designs, sharp images and impeccable sound quality. Paris By Night music videos also made entertainment history in August 2003, as the first and only Vietnamese music video ever chosen among an elite roster of nominees for the prestigious American Choreography Awards, which recognizes highest standard of achievements in choreography throughout the music industry.

Without a doubt, Thuy Nga is the number one recording company, providing state-of-the art music videos performed by the very top Vietnamese artists. It is also the only Vietnamese music production company to showcase an illustrious roster of international artists that include the famous Disco group, Boney M and beloved French superstar Christophe. Each multi-million dollar production features memorable songs that are rich in love poetry—while the distinctly Vietnamese melodies are laced with Western beats, be they pop, blues or, more recently, rap music.

Over the past decades, the spectacular Paris By Night music extravaganzas have appeared at famed venues such as: the Shrine Auditorium in Los Angeles, home to the annual Oscar Awards; Long Beach CONVENTION Center; Performing Arts Center in Houston; Caesar Palace in Las Vegas; Television Franchise TF5 in Paris; the Canadian Broadcasting Center and the Bassett Theatre in Toronto, where the prestigious Canadian Gemini and Ginny Awards ceremony take place every year.

The fantasy backdrops of Paris By Night video transport audiences to exotic and diverse locales from the legendary Moulin Rouge nightclub in Paris to the romantic outdoors Niagara Falls. In the next Moment, audiences could find themselves dancing alongside Las Vegas showgirls or gliding down a rope fastened to a helicopter in a heart-pulsating adventure with a dashing James Bond-like spy.

The perennially sold-out videos also made headlines in the Washington Post and Orange County’s largest newspaper, the Orange County Register, which reported that Thuy Nga Paris videos are “the most popular music Videos available in Vietnamese… Nearly every Vietnamese person worldwide has heard of “Paris By Night” videos. Those who don’t own a tape have seen them on Vietnamese television programs or in Vietnamese restaurants and shopping centers.”