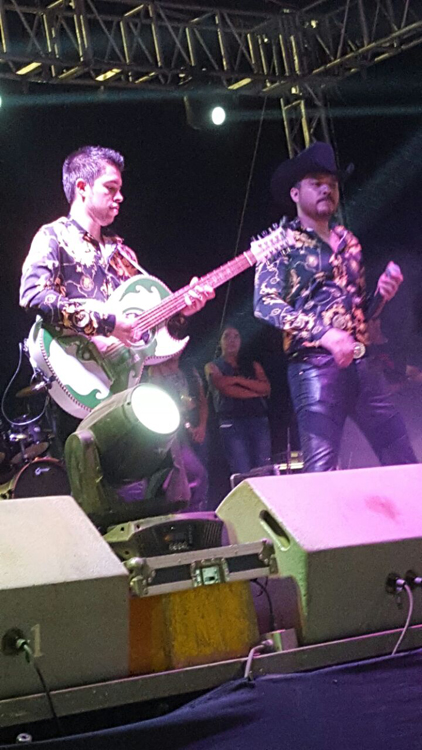 With a very recent history Revolver Cannabis group emerges in 2010 in Culiacan, Sinaloa. The idea comes from a draft Geovani Cabrera, producer group with extensive career as a composer, which wanted to combine the northern style band a new way to tell stories, to what I call the run alternative. His passion for music and imagination led him to meet some friends and musicians raised search according to the essence of the project. Thus 4 elements meet, Carlos Enríquez (accordion and vocals), David Garcia (bajo sexto and vocals), Eduardo Beltran (Tuba) and Alexander Medina (Drums) to shape a new and unique style of making music.

Cannabis is the name Revolver something different. Is seeking an innovative concept, where the alternative is away from the common way of singing ballads and the instruments which supports to innovate and give birth to the “northern bachata”. Traits that make it a new style of regional Mexican music.

Is Del Records who believed in this project, and what at first was just a live album recorded on the birthday of two of the group’s representatives and dedicated to our parents, grandparents, uncles. What remained, but the company decided to launch it on sale in March 2012 and with the clear idea of penetrating the market will include some duets with Regulo Caro, Enigma Norteño, Noel Torres, Escort war, Sixth Sense and Nicasio Quintero. Thus the album “The like the viejones” was positioned at the top of sales in several weeks on iTunes and online downloads.

Led by Sony Music and The Cannabis Revolver records today prepares the release of his first album called “We will be eternal … but for now we are the ones.” They are twenty songs that make this production mostly written by Geovani Cabrera and others from renowned composer Daniel Fog.

This production draws some songs of love and hate as “Love your Blackberry” is a topical issue which exhibits a modern problem of couples caused by overuse of this technology, sometimes in just bringing the people, separating them, “One in a million”, where the main theme is unconditional love and “The man who died of love”, where a duet with Nena Guzman in a phone conversation a love ends. Topics that will surely be on the top of the charts on radio and television. The house specialty is the alternative calendar and this time launches powerful fourteen tracks as “The shirt was stained with blood 4″, “The Priest,” “The Prince of bosses”, “The Lord of the 5.7″ and many more.
The alternative run has come and Revolver Cannabis hand. Here is music, here is exhibit chronicles the life. Not only are we invent anything Revolutionizing the Regional Mexican genre.