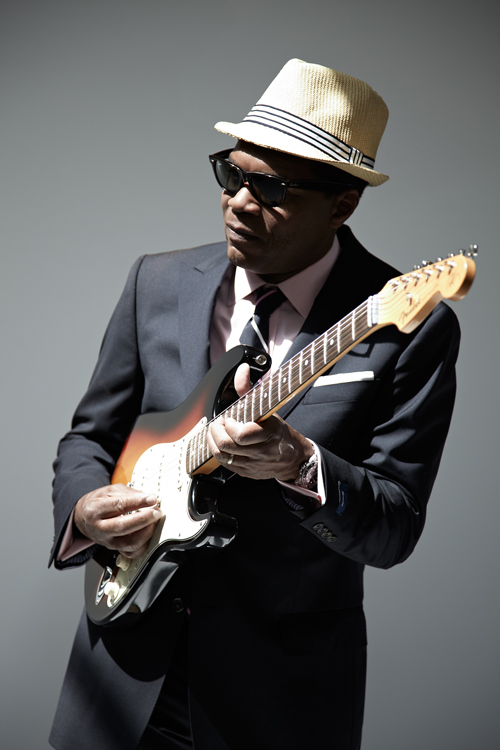 The five-time Grammy Award winner summarized 35 years of mastery on the debut Nozzle release Live From Across the Pond (2006), an electrifying two-CD concert set drawn from a series of shows (opening for Eric Clapton) at London’s Royal Albert Hall. When the time came to follow up that widely praised collection with a studio recording, Cray viewed it as an opportunity to move his sound in other directions.

He found exactly what he was looking for by turning to one of his oldest friends and colleagues: bassist Richard Cousins, whose tenure with the Robert Cray Band began with its barnstorming regional origins in Eugene, Oregon, in 1974 and extended through 1991, encompassing such early high-water marks as Strong Persuader (1986) and Don’t Be Afraid of the Dark (1988), both winners of the best contemporary blues performance Grammy.

I’ve known Richard for 40 years,” Cray says. “We go back to 1969, and we grew up in the same area together. We’ve always had a really good rapport together stage-wise. Richard and I have remained the best of friends ever since he departed way back in ’91. I’d still see Richard, whether it was in the States or in Europe – where he still lives. He’d always come to see us at the gigs. We always remained close. We talked on the telephone all the time.

“It just so happened that last year, I wanted to make personnel changes in the band. So I asked Richard to come back.

”Cousins’ return to the Cray fold bonds him once again with keyboardist Jim Pugh, a cornerstone of the guitarist’s group since 1989.

In the hunt for a new drummer, Cray – with encouragement from Cousins—struck on a musician whose style and experience perfectly complemented his own: the road-tested Tony Braunagel, whose résumé includes work with Bonnie Raitt (including her Grammy-winning Nick of Time and Luck of the Draw), Taj Mahal, Keb’ Mo’, and B.B. King.

Cray recalls, “I’d seen Tony work in a lot of different situations before. My first real opportunity to play with him was three years ago, when we did a benefit up in Portland, Oregon, for our friend Curtis Salgado. Tony was playing drums there, and Richard was there, too – they were the rhythm section. Richard was working really well with Tony, and they were kind of fronting the whole jam. It was great. I was talking to Richard after he’d rejoined the group, and I said, ‘We need to find a drummer.’ He just went, ‘Tony!’”

The refreshed lineup of Cray, Cousins, Pugh, and Braunagel came together at Santa Barbara Sound Design in Santa Barbara, California, to record what became This Time. Cray produced (though he notes, “Every time I produce, it’s like a communal effort”), with Don Smith engineering.

Cray says of the sessions, “I really looked forward to it—to how Richard and I were going to gel together after having not played together for a long time, and to bringing Richard back to work with Jim, because we did all get a chance to work together for two years, before Richard left—and then having Tony come in.

“Richard and Jim and myself have all known each other for a while, but when we added Tony to the mix, it was like, ‘Hey, where you been?’ We all get along really, really well. It was fun, and everybody brought something to the table. Tony’s interpretation of what we were doing was just spot-on, and of course, with his background, all the music that he’d listened to and played coincided with the music we’ve listened to and played over the years. It was like the perfect hand in the glove.”

All of the band members contributed fresh material to This Time. Cray brought in the title track, “Chicken in the Kitchen,” “I Can’t Fail,” and “Trouble and Pain,” and co-wrote “Forever Goodbye” with his wife Sue Turner-Cray. Pugh authored “Love 2009” and “To Be True.” Cousins and the Swiss soul/blues musician Hendrix Ackle collaborated on “Truce.” And Braunagel and guitarist Johnnie Lee Schell co-authored “That’s What Keeps Me Rockin’.”

As ever with Robert Cray’s undefinable sound, the music on This Time remains stubbornly beyond category. He has been internationally admired as a stylist whose innovations have brought new life to the blues, and such punchy outings as “Chicken in the Kitchen” and “That’s What Keeps Me Rockin’” should satisfy the most demanding blues fans. But the new album’s barrier-busting material – whether it’s the soulful “Love 2009” or the profound balladry of “This Time” and “Forever Goodbye” – demonstrate once again that attempting to slot Cray in a single genre is an exercise in futility.

Blues is one of the foundations of our music, but it’s not all that we play,” Cray says. “When I first started playing guitar, I wanted to be George Harrison – that is, until I heard Jimi Hendrix. After that, I wanted to be Albert Collins and Buddy Guy and B.B. King. And then there are singers like O.V. Wright and Bobby Blue Bland. It’s all mixed up in there.”

He continues, “Every time somebody asks me about where my music comes from, I give them five or six different directions – a little rock, soul, jazz, blues, a little gospel feel. Then there are some other things that maybe fall in there every once in a while, like a little Caribbean flavor or something. You just never know. I always attribute it to the music we grew up listening to, and the radio back in the ‘60s. It’s pretty wide open. It’s hard to put a tag on it.”

Cray, who began 2009 with concert appearances in Brazil and Japan, will support This Time with shows around the country with his reconfigured band.