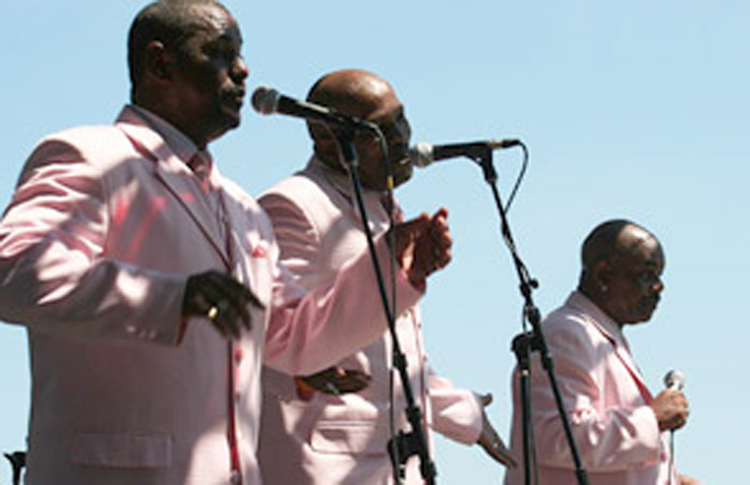 Working through lineup and name changes (“The Young Diamonds” – 1970, “Impressive Styles” – 1973), the group found its identity in 1975 as “Seville”. Seville now featured Ivory Joe Baker, Paul Pratt, J.B. Williams and Philemon Young Jr. Seville’s’ first sold out performance was at Dooto’s Music Center in Compton. It drew a crowd of over 500 guests. Ivory, Paul and Dave left the group and were replaced by Larry Tate and Tony Williams. The new look of Seville was Phil, Tony, Larry and J.B. with Michael Martin Sr. joining in 1978. The first appearance, while a huge success for all who witnessed it, was not a financial winner.

Due to unfulfilled contractual agreements, the group was forced to borrow money from their family and friends in order to meet the show’s obligations. However, through this effort the name “Seville” became synonymous with extraordinary talent and outstanding performances. After this first outing, Seville signed a two-year contract with The Name of The Game nightclub followed by another exciting and eventful two year signing. During the 80′s Robert Braggs, Joseph Quinney, Larry Tate, Michael Martin, J.B. Williams and Philemon Young Jr. would share the stage as “Seville”.

Upon the conclusion of the contract with The Name of The Game “Seville” continued to perform throughout the greater Los Angeles area in nightclubs such as the Total Experience, where they opened for Lakeside, Mavericks Flats, Blueberry Hill, the Diamond Head, The Family Room and many others. Local and statewide “Seville” continued to delight their audiences. The club appearances were very popular. The success of “Seville” did not go unnoticed; they maintained a large following and played to standing room only crowds.

Outside offers to the members of “Seville” led to other member changes. Larry Tate left the group to perform with the Platters, The Coasters and The Persuasions. Tony Williams also left to perform with Class One and Little J’s, Los Angeles, CA from 1994 to December 1998 + The Town House, Inglewood, CA – 1999 + BB Kings Supper Club, Universal City, CA – 2000. If you are a member of the “evening” scene, past or present, it is certain that you have enjoyed a “Seville” show.The 90′s brought more success for “Seville”. The groups lineup included Philemon Young Jr., Michael Martin Sr., Joseph Quinney, Terrence Forsythe, Costie Payne and Tony Powers.

Due to other responsibilities, J.B. Williams found it necessary to leave the group in 1993. Terrence, Costie and Tony eventually followed their dreams and pursued other successful musical interest.