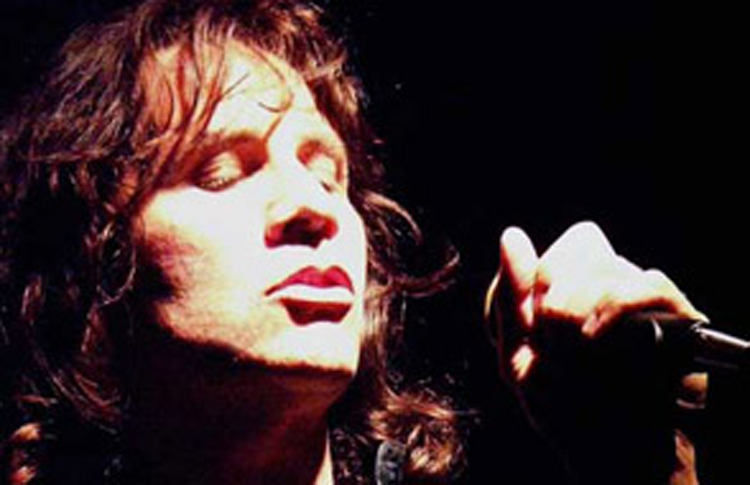 Hello! What you are holding is a condensed press package of the Los Angeles based, international touring act “Wild Child”. The show that recreates the madness and the magic of a live Doors concert. Featuring Dave Brock, whose looks, vocals and stage antics recaptures the essence of Jim Morrison, Live on stage! The show requires minimal production, focusing more on authenticity of sound and stage craft to accomplish the illusion. In this package you will read revues of this show by leading publications in the news and entertainment industry.

They best describe to you what a Wild Child show is all about. Many of which came to the show with skepticism in mind, expecting to see a bad rip- off of one of their favorite bands. You will see how they rapidly changed their minds and became Wild Child Fans. Ray Manzarek (Doors keyboardist) has introduced the act on several occasions, proclaiming: “This is as close as you’ll get to the real thing!” John Densmore Doors drummer) has called Brock’s sound and moves uncanny, and Robby Kneger (Doors guitarist) has on occasion played with the band. Billed as the “Jim Morrison Celebration,” Wild Child is successfully selling out theaters and national act clubs around the world.

The show is highly mobile and requires minimal backline equipment (if needed). Please contact us if you are interested in setting up date(s) for Wild Child to perform at your venue(s). Also you will find enclosed in this package; photos and generic flyers and posters to assist with promotion.