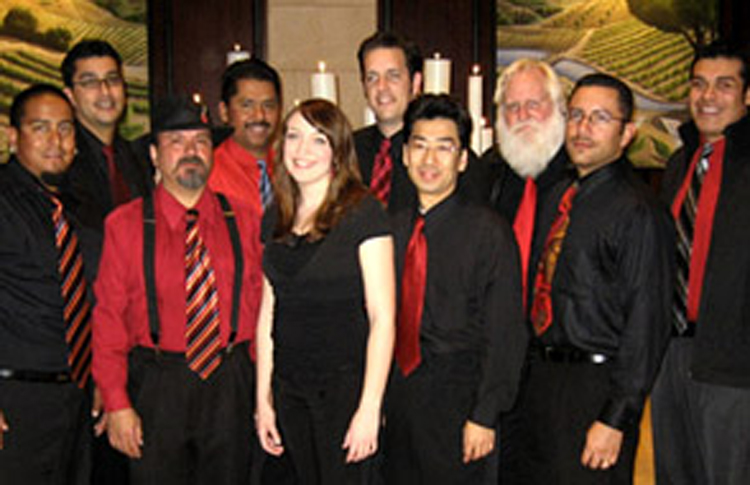 The Inland Empire has a new sound coming from a musical force like no other. The band “Smooth Touch” has been perfecting their musical talent and has been rapidly growing in popularity in and around Southern California. For the past two years its members have accumulated an experience, which fits together to produce a unique sound of R&B, Pop and Latin rhythms. Although high energy cover songs are primarily their repertoire, they have managed to put an original “Smooth Touch” to them. They add a unique sound to those R&B grooves, past favorites, forgotten masterpieces and modern soon-to-be-classics we all know and love. Smooth Touch makes each selection more exciting than the original.

The recent addition of their blazing horn section featuring members formerly of groups such as Tierra, Tower of Power & Earth Wind and Fire continues to influence the direction that the group is taking. The Smooth Crooning of the lead singer’s and melodic 4 part harmonies on top of a very smooth and precise rhythm section produces the sound, which has found its way into today’s dance club scene.

Individually, members of Smooth Touch have also performed with artists such as Prince, The Temptations, The Whispers, Cameo, Natalie Cole, Latin greats such as Santana, Gloria Estefan and Pop artists such as Steely Dan, and The 5th Dimension. Smooth Touch takes years of influence by these Dance, Latin and Retro-Pop artists, and shapes a new sound that targets young and old listeners alike.

If you are looking for a great show band with a great following, look no further. You have found “SMOOTH TOUCH” for your entertainment pleasure.