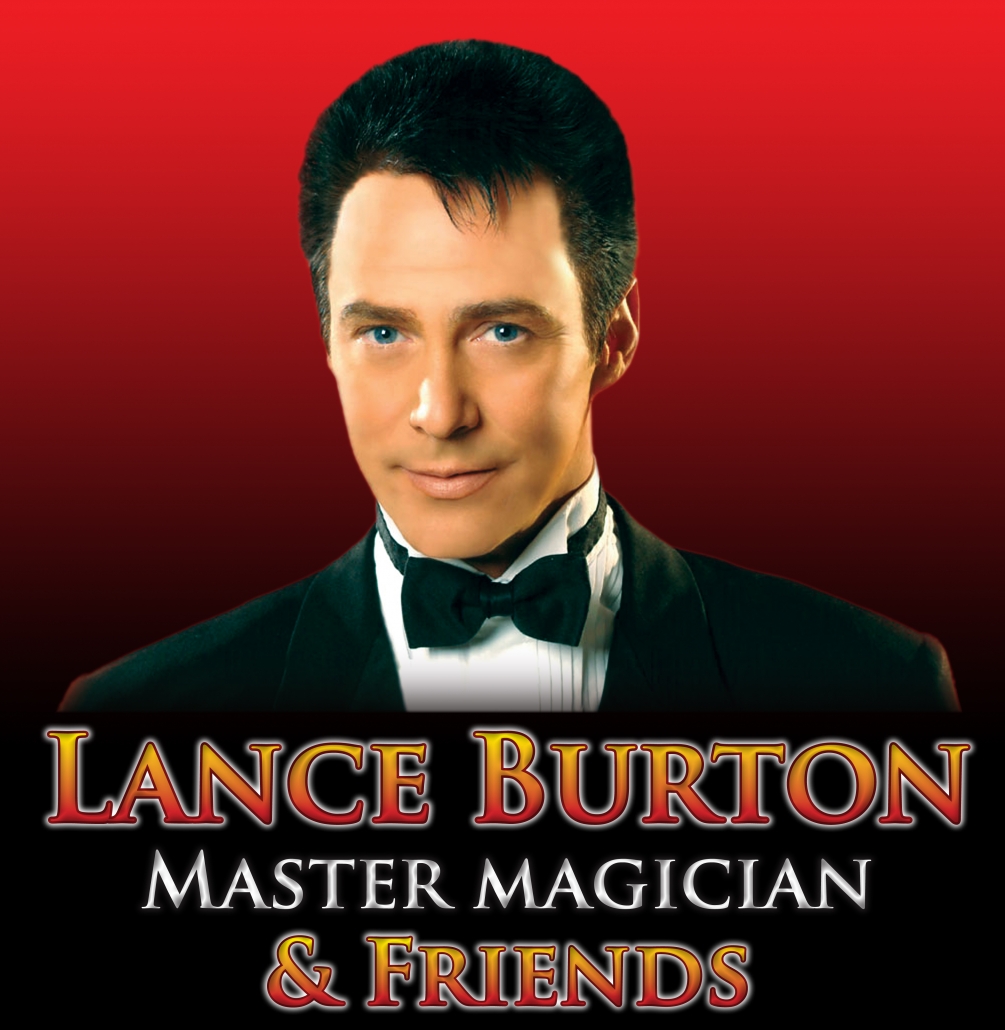 He is Las Vegas royalty, worthy of inclusion in any list of the major names who set up shop with long-running shows—for example, Siegfried & Roy and Wayne Newton—and dominated The Strip for years. Lance Burton won “Best Magician” 11 years in a row from the Las Vegas Review-Journal and performed 15,000 shows over the past 30 years. He was twice awarded “Magician of the Year” by the Academy of Magical Arts. He is, says fellow Vegas regular Wayne Brady, “one of the greatest magicians working in the world today.” Now you can have this master illusionist and friends at your venue and you can invite and bring the whole family!

LANCE BURTON is widely considered by his peers to be the greatest stage Magician of the past century. As magic historian Mike Caveney has stated; “Take every Magician in the world, line them up and give them each twelve minutes…Lance Wins!”

Born and raised in Louisville, Kentucky, Lance Burton burst onto the national stage on October 28, 1981 by making his first appearance on The Tonight Show with Johnny Carson. Over the years he racked up appearances on David Letterman, Jay Leno, The View, Craig Ferguson, The World’s Greatest Magic, Hollywood Squares, and even acted in guest staring roles on Knight Rider, and Las Vegas.

In 1996 Lance Burton’s first TV special, LANCE BURTON MASTER MAGICIAN; THE LEGEND BEGINS, aired on NBC. This was quickly followed by a series of annual TV specials. He also hosted specials for The History Channel, Discovery, Animal Planet, The Family Channel, and many more.

While successful on TV, Lance Burton’s greatest accomplishments have been made in live performance. Working primarily in Las Vegas he has performed an astounding FIFTEEN THOUSAND shows in his 30-year career. His last performance was September 4, 2010.

Lance Burton recently made his debut as a Feature Film Director. “Billy Topit Master Magician” was the closing night film at the Wild Rose Independent Film Festival in Des Moines, Iowa, where it won six awards including Best Family Film!

He is currently working on a number of documentary and narrative film projects. Recently Lance worked on “OZ THE GREAT AND POWERFUL” as Magic Advisor. He taught magic to James Franco, who he now considers his number one student.

“Additional available marketing assets: Purchasers have the option to utilize Lance Burton’s movie specials and Billy Topit movie as an additional marketing tool to boost ticket sales. Please contact the M&M Group office with the information of the TV station(s) that you would like to use, and we will put them in contact with the proper personnel to coordinate.”