You are here: Home1 / Exclusive Asian2 / Strung Out 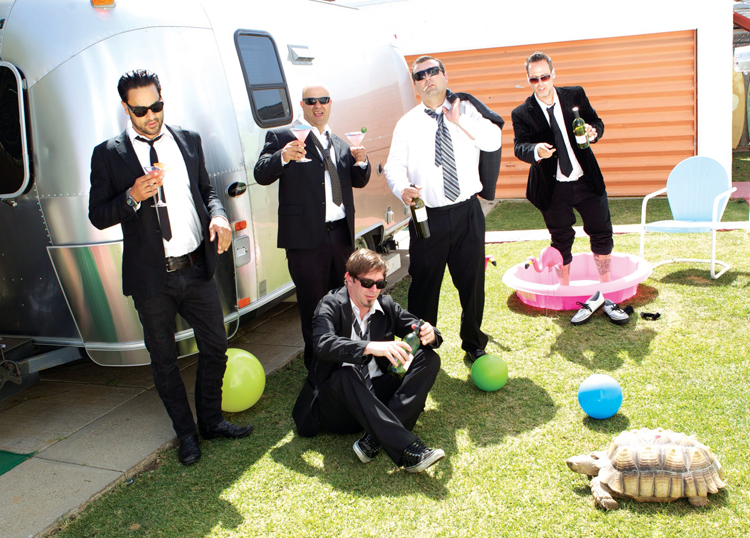 Strung Out’s latest album, Agents Of The Underground, is not only their 7th full length, but it also marks the band’s 20th anniversary and is a true testament to their relevance and longevity. Think about it: two decades. Two decades in the underground with thousands of live shows, tours on five (5!) different continents, over a million records sold… and they’ve managed to do it all while on an independent record label. More striking than their massive sales, which is a notable for any artist in this day and age, but the fact that the band that has never had help from “the industry”. They may not have household name status, but they do have a colossal worldwide following and a loyal fan base that has been with them since the very start. Such is Strung Out’s true legacy: devotion to the music, devotion to the band, and devotion to the fans.

Agents Of The Underground is the culmination of all the above and is a reflection of the indomitable, defiant spirit of Strung Out and their fans. Frontman Jason Cruz said this about the new stuff, With Agents Of The Underground, I wanted to acknowledge the fact that we are still alive and kicking just below the consciousness of the mainstream media and are celebrating our place here in ‘The Underground’. Like a resistance movement, we move freely and without boundaries. And that sentiment can be heard on this newest album more than ever before as Strung Out sounds more dynamic than ever. It offers some of Strung Out’s upbeat, melodic stuff that you know and love with songs like “Ghetto Heate” and “Carcrashradio”; then they hit you with their more technical and heavy side with songs like “Jack Knife” and “Heart Attack”. This full length is frantic and furious, and as with all Strung Out’s records, they push the boundaries a bit more each time. And to that end, M. Shadows, singer of Avenged Sevenfold said this about what the band means to him and so many others, “Aside from metal, I was listening to a lot of west coast punk rock. Strung Out was different for me because they blended the sounds of melodic punk and metal unlike any band I had heard before them.” The band’s unique and pioneering style of fusing punk rock with metal and heavier music has garnered them a lot of praise and proteges. Tim McIlrath of Rise Against had this to say about growing up and hearing Strung Out and the influence they had, “Their complex riffs and harmonies challenged and inspired the scores of bands that would walk in their footsteps.” Many of today’s biggest bands cite Strung Out as an influence… as if you couldn’t hear it already. But even years after they first made their mark, people in the punk, metal, and hardcore scene are still paying attention to what Strung Out is doing with their music. Never one to rest on their laurels, the real question with Strung Out is always this: what’s next? For them it means moving things forward and taking their live show on the road. They push themselves to the limit when it comes to both songwriting and touring, so you can expect to see these guys everywhere, playing their guts out in support of the new record, Agents Of The Underground.