You are here: Home1 / Exclusive Asian2 / The Pointer Sisters 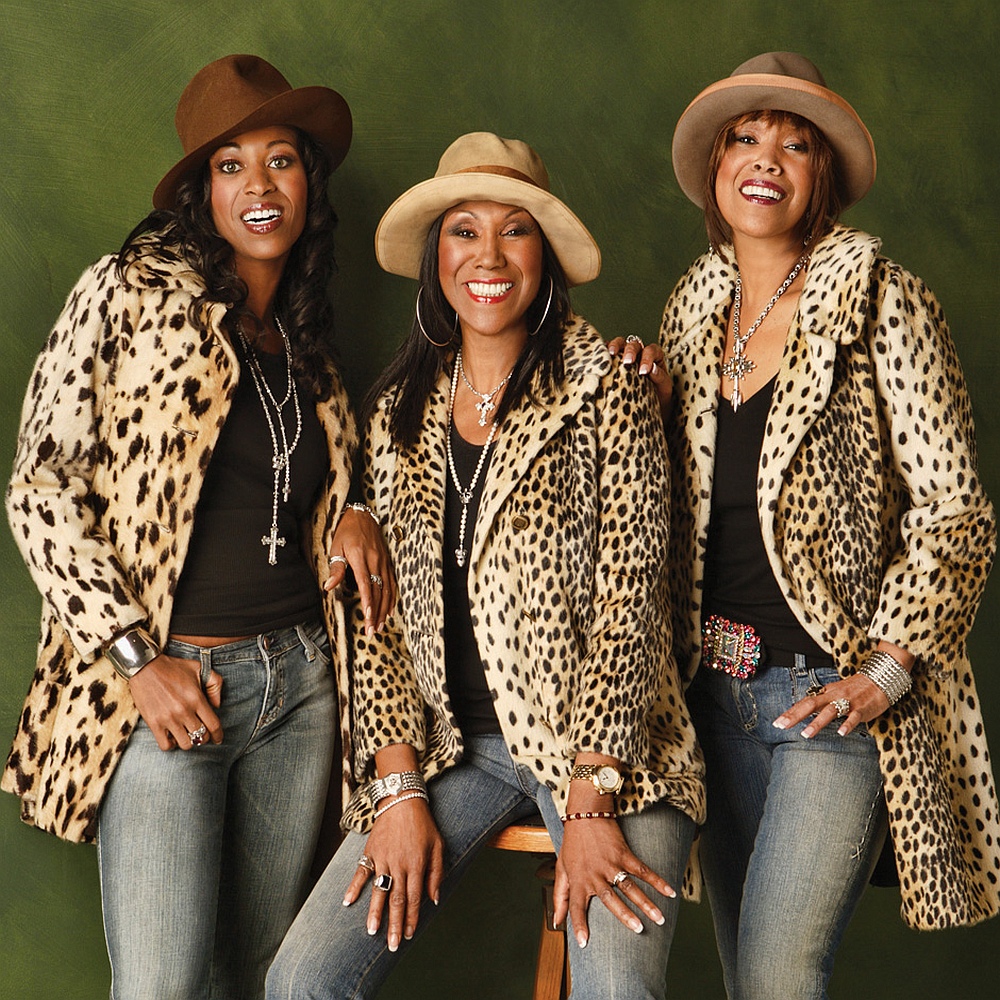 About The Pointer Sisters

It was some four decades ago when those words were sung in the Church of God in West Oakland, California. There, the Reverend Elton Pointer and his wife Sarah both ministered over a small congregation while raising their six children: two boys, Fritz and Aaron, and the four girls who gave voice to “The Blood”–Ruth, Anita, Bonnie and June–the same girls who would go on to achieve worldwide fame and secure a place in pop music history.

The Pointer Sisters’ stunning success certainly belies such humble beginnings, but those who know the true story of their upbringing only marvel at their achievements all the more. Because, despite the fact that the sisters first hit it big with a song called “Yes We Can-Can,” the deep-rooted religious beliefs held by Elton and Sarah made “no” a predominant word in the Pointer household. “No jewelry, no makeup, no dancing, no movies, and certainly no rock music,” Ruth told Essence magazine when recalling her childhood in 1981. “Daddy wanted to protect us from what he called ‘the devil’s work,’ and he worked hard to make sure he did.” And with six children to raise, Elton and his wife worked hard just to make ends meet–but more often than not, they found that difficult. Anita, in fact, once said she received a new dress only twice a year: once on Easter, and once at Christmas. “We thought we were the poorest people in the world,” Ruth told an interviewer in 1980. “Most of our clothes came from the Salvation Army, Father Divine’s thrift store and church rummage sales.” “Times were pretty tough,” June agrees. “All we really had to make us happy was our voices.”

Sure enough, the Pointers’ knack for singing had already become apparent. In fact, June says, the sisters had been singing before they could even walk–a joy that only grew as the girls did. Sometimes, they’d mimic the songs they had heard on television–occasionally, they were allowed to watch a harmless Western. Other times, they’d sing the gospel numbers they’d heard in their parents’ church. But most often, when they were safely away from the prying ears of Sarah and Elton, they’d sing a different type of music–the kind they’d heard on the radio in friends’ and neighbors’ homes. And to accompany it, they’d use the only “instruments” they could find. “Our folks would leave the house, and we’d get in the back room and beat pie pans with spoons, making that rhythm and jamming together,” June told an interviewer in 1981. “When they’d come home, Grandpa would say, ‘Better whip their butts–they were in there popping their fingers and shaking their behinds, singing the blues! Terrible! Terrible!’ And we’d get a whipping, too–you’d better believe it.”

As the sisters grew, they brought their voices to the place that gave them their first formal training–and their first audience: their parents’ church. There, they sang together in the church’s choir–”The Blood” was one of their favorite songs to perform. Eventually, young Ruth began directing the junior choir, but before long, the sisters’ interest in music expanded and proved too strong for their parents to corral. One day, Ruth brought home her first record purchase, Elvis Presley’s “All Shook Up,” and, surprisingly, the sisters were actually allowed to play it. “I think the reason it even got into the house was because ‘Crying in the Chapel’ was on the other side, and Mother liked that song,” Anita told an interviewer in 1993. “That was one of the first non-gospel songs that we were allowed to play.”

Fresh out of high school, Ruth and Anita married and began raising children, but Bonnie had other plans. As Sarah told Ebony magazine in 1974, “(Bonnie) had always told me, ‘Mother, I want something for myself; I want to be somebody in this world.’ ” Convinced that music was her calling, she enlisted June to join her in a singing duo called Pointers–A Pair, and the two began performing in clubs around the Bay area. Before long, Anita quit her job at a legal office to join the fold, and the Pointer Sisters were officially born.

But the road to fame proved to be a rocky one: as Sarah recalled in a 1993 interview, her daughters went off to Texas in 1969 to “find their fortune,” but the trip turned into a disaster. When the girls were stranded in Houston, “they called and wanted a way home,” Sarah recalls. “I said, I can’t send for all of you, but I’ll send for June–that’s my baby!’ ” In retelling the fiasco years later, Anita laughed, “That’s when we called David Rubinson.” But there was one catch: the sisters had never even met Rubinson, one of the partners in Bill Graham’s record labels–Bonnie had merely heard of him. Undaunted, she picked up the phone and got a hold of him. “I called him and said, ‘You don’t know us, and you’ve never heard us sing, but please trust us and help!”‘

Fortunately, Rubinson agreed to lend a hand and sent the sisters fare back to California, where he got them work singing backup on studio sessions by Taj Mahal, Grace Slick, Boz Scaggs and others. Eventually, Graham signed them to a management contract, and in 1971, Atlantic Records vice-president Jerry Wexler heard the group backing Elvin Bishop at the Whiskey A-Go-Go in Los Angeles and offered them a record deal.

Before entering the studio, the sisters decided to make their recording debut by singing a cappella, but according to Anita, Atlantic balked at the notion. “They said, You can’t sing stuff like that,” she recalls. Instead, nervous executives decided to play it safe, and had the group record two songs with a generic Honeycomb sound, one being “Don¹t Try To Take The Fifth” with June on lead vocal. But when that record was released, it was met with a lukewarm reception, and “the only place it was heard was in our living rooms,” Anita says.

In August 1971, Rubinson left Bill Graham’s fold and started his own production company, David Rubinson and Friends. The following year, when the Pointers’ management and Atlantic deals were up, they signed with Rubinson, who promised to release their debut album on his new Blue Thumb label. It was at this point that the lure of her sisters’ burgeoning success proved too great a temptation for Ruth, who’d been watching her younger sisters from the sidelines: “I saw them coming home–tripping, honey, they were having so much fun,” she told Ebony magazine. “I said, look here, this is for me. That’s when I knew what I had to do.” So in December of 1972, Ruth quit her job as a keypunch operator and finally joined the group, and the sisters became a quartet.

The O’Jays
Scroll to top