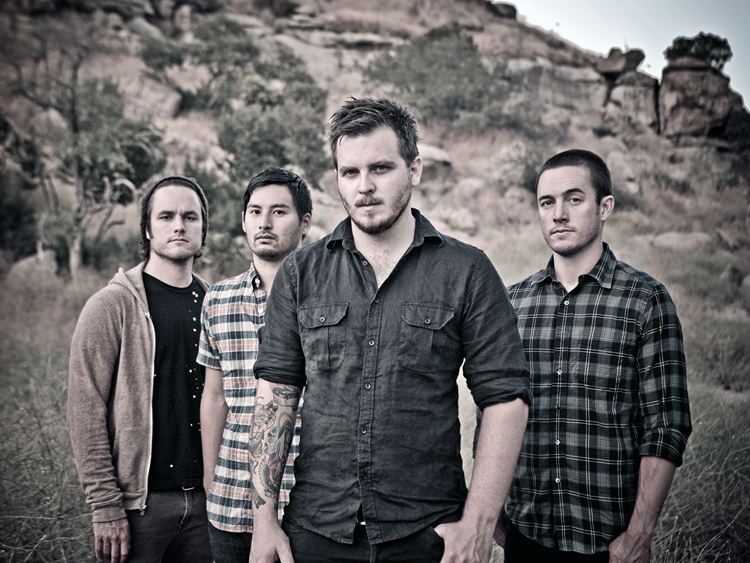 Ushering in the New Year as one of Sub City’s latest signings, Thrice have safely positioned themselves at the forefront of Southern California’s melodic hardcore genre in a surprisingly brief two and a half years via their debut full-length release Identity Crisis.

Garnering notable respect at sold-out, capacity crowd shows while playing alongside acts as diverse as Boy Sets Fire, TSOL and The Ataris, along with the impressive success of Identity Crisis (which had sold out its original Greenflag pressing and has now been re-released on Sub City) gave Thrice the ammunition necessary to seek a more established label. After negotiations with several prominent indies, Thrice selected Sub City as their new home, with one of the selling points being that a portion of the proceeds from their record sales would lend a helping hand to a charitable cause of their choosing.

“We chose Sub City/Hopeless, because the label is run by amazing people,” says drummer Riley Breckenridge. “They believe in us, and we believe in them. Also, the opportunity to make music and help people in need, with 5% of retail cost going to charity, was really appealing.”

Holding influences as diverse as Refused, Metallica, Orchid, Dillinger Escape Plan, Saves The Day and No Knife, Thrice have pooled together their individual resources and tastes to mold a superb, passionate, melodic sound around a foundation of aggressive punk rock, as is so brilliantly displayed on Identity Crisis.

Thrice’s history is short and succinct. The group began in August, 1998 when guitarist Teppei Teranishi and vocalist Dustin Kensrue simply decided to start a band. Soon after, they recruited future bassist Ed Breckenridge who, at that time, had never played. To round out the package the trio had to look no further than Ed’s brother Riley who, unlike Ed, had previous experience as a drummer, having played locally in other bands. It took Thrice only three months to produce their first project, a seven-song EP aptly titled First Impressions, which began circulating the scene and receiving rave reviews. Impressive? Yes … especially since most of Thrice were still in their teens.

“People seemed to like [First Impressions], and over the next year we became more serious about writing and playing live,” Ed says. “Identity Crisis was the result of that year.” For this next project Thrice’s continual refinement led them to incorporate a heavier sound than that found in Impressions. It is because of this refinement that Identity Crisis received a concrete backdrop of hard, metal-edged tonalities, flavored with the spices of ear-commanding melodies and hooks. This collective direction stems from all four members share songwriting credit. ³It’s really everyone, and it’s always different for every song,² Dustin says.

With the prospect of having Thrice hit the road in support of Identity Crisis, as well as their forthcoming releases on Sub City, it’s only a matter of time until the incredible buzz that’s been swarming around Southern California reaches the rest of the nation for all scenes of punk rock to indulge in.

Ed states, “I think all styles of music have their positive and negative attributes. I want to put those positive elements together and create something everyone can rock out to.” The band is already at work on a follow-up to Identity Crisis which is expected to be out next fall, and the prospects are dazzling for this quartet who are now barely in their twenties. Fair warning: don’t be left out when Thrice invades your neck of the woods. At the rate they’re moving, there’ll be no time for questions later.