This past Thursday, October 17th, 2019, It was the beginning of Yucaipa’s Thursday Night Comedy series at the Yucaipa Performing Arts Center. This Thursday’s show included a performance by 2 comedians. The first comedian’s name was Sally Mullens. Sally Mullens was the winner of funniest comic in LA in 2015 and has made several television appearances since then. The night was then concluded with an amazing headlining performance by Darren Carter. Darren Carter is a standout comedian who has a whirlpool of impressions and improvisational skills. Everyone in attendance loved every minute of the performances and the room was filled with laughter. These performances made for a great start to Yucaipa’s Thursday night comedy series which will be occurring monthly through April of 2020. A great booking by The M&M Group and for the Yucaipa Performing Arts Center. 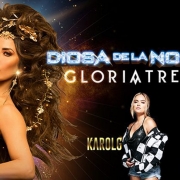