Already this year, Pepe Aguilar has had three sold out shows in San Diego, Indio and Oakland. The next stop in this tour this past Saturday was the SAP Center in San Jose, California. The show went great and was full of surprises. He brought out his family in Angela Aguilar and Leonardo Aguilar who both had great performances. Both of them have been garnishing a lot of attention as of late and are building up their very own reputations as stars themselves. Angela Aguilar sang some of her hits like “La Chancla” and several more. Leonardo Aguilar Fascinated the crowd with his guitar playing and singing. It was time for both the Aguilar family and the people of San Jose. Yet another great booking by the M&M Group. 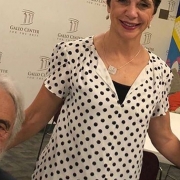