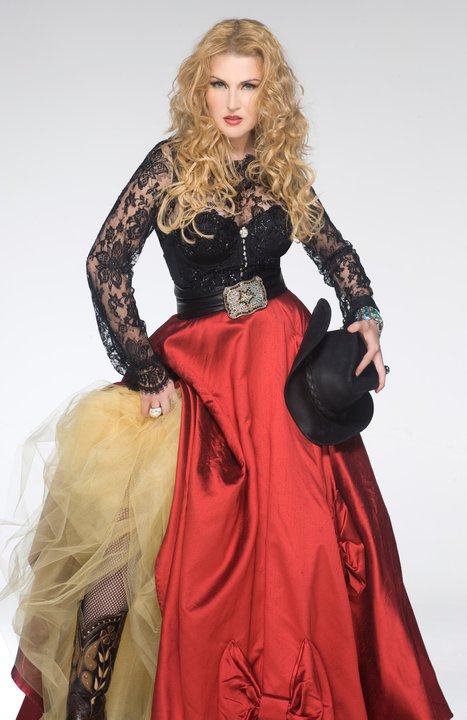 Alicia Villarreal performed her first song Mundo De Juguetes at Pipo, a national TV show her parents took her to. Her first professional performance was at a church fundraiser.

In 1995, Grupo Límite, group of Musica Grupera with her as lead singer, started touring with the more famous Grupo Bronco. Among their songs were “Acariciame”, “Te Aprovechas” and “Solo Contigo”. Grupo Limite released six albums altogether, including a live CD recorded in Mexico City.

In 2001, Alicia released her first solo album in the ranchera style titled Soy Lo Prohibido. It launched the single Te Quedo Grande la Yegua. In it, she sings to her man, telling him that she is too much woman for him to handle.

In 2004, after parting ways with her bandmates, she released her second solo album entitled Cuando el Corazón se Cruza. The album was produced by her current husband, Cruz Martínez, and they wrote several of the songs together. The album has garnered her several awards.

Alicia Villarreal performed for the highly televised Selena Vive, where she performed Si Una Vez. She later released this song along with 2 other new songs Punalada Trapera and Ya No Hay Amor on a dual disc of the album Cuando El Corazón Se Cruza. The dual disc also contained 5 remixes to her previous songs and a collection of all her music videos. The dual disc was released in Mexico in 2005.

In 2006, she released her third solo album titled Orgullo De Mujer with the lead single Insensible a Ti. The single was the theme song for the telenovela Duelo de Pasiones, on which she made her acting debut, in the role of Raquel.

After nearly a three year hiatus, Villarreal announced that she is in the studio recording her 4th solo album to be released in 2009. The album entitled La Jefa was released June 23, 2009 with the lead single titled “Caso Perdido”. The album debuted at number one on Billboard’s Regional Mexican Albums and overall at number four on its Latin Albums chart and was awarded a Grammy for “ best MEXICAN production.

Alicia has also been awarded Patinum and gold records. Premio lo Nuestro has recognized Alicia Villarreal for her exceptional career..