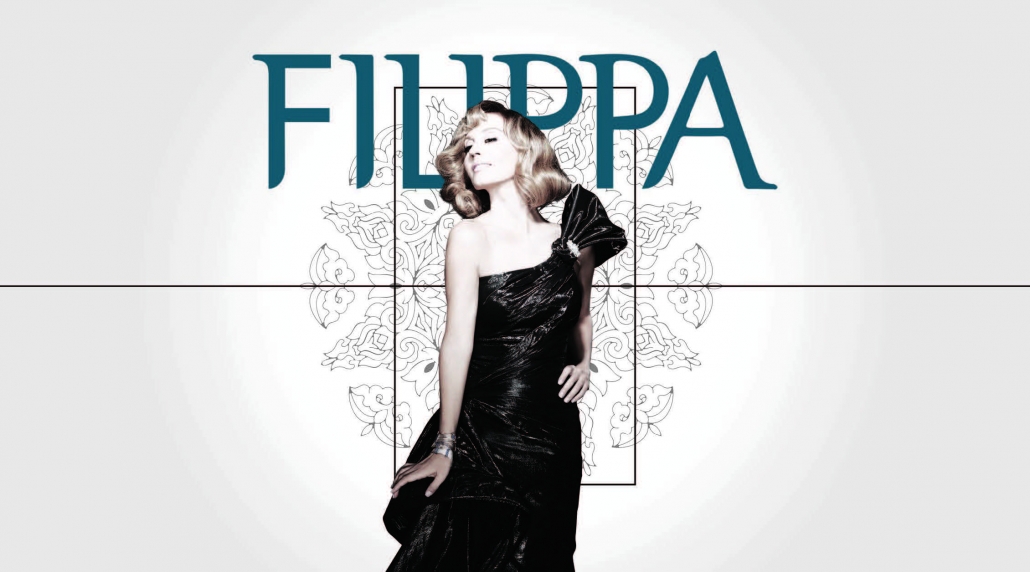 Singer and songwriter born in Palermo, Italy. Filippa grew up in a family of musicians and opera singers. Her talent was discovered and launched by Caterina Caselli, the famous talent scout who did the same with Andrea Bocelli.

With 6 studio records under the labels of Warner Classics UK and Sony Music, Filippa has toured the world offering in each production a musical eclecticism where belcanto and pop are combined.

Her albums have been produced by great international multi-awarded figures like Robin Smith, Celso Valli, Guillermo Gil, reaching the first places of sales in the classic lists and worldmusic.

She won multiple gold and platinum albums, the Echo Classical Award, Sanremo Festival, 5 times nominated for the best show in the National Auditorium in Mexico, among others.

As one of the main drivers of pride “Made in Italy”, Giorgio Armani and the Ferragamo family have created her looks for various occasions, always a reference of fashion and elegance.

She has been part of the history of major events and celebrations such as the opening of the Maria Callas Museum in the NY Met, The Woman conference in Los Angeles, British Classical Awards at the Royal Albert Hall in London, The Jubilee and Christmas in the Vatican, The opening of
Harrods’s Sales in London,as well as for different personalities like Pope John Paul II, Prince Carlos of England, the Dalai Lama, diverse diplomatic seats and governments.