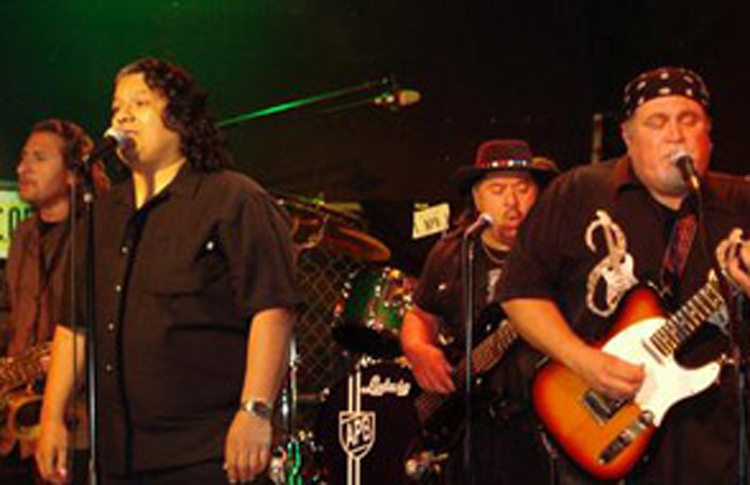 Aaron Ballesteros is the leader, main song writer, arranger, producer, lead and background vocalist for APB. He is also well known for his great drumming with such famous artists such as: Tito Puente, Prince, Carlos Santana, The Beach Boys, James Brown, Los Lobos, Freddie Hubbard, Poncho Sanchez and many more. Aaron is also currently working on a jazz project with Lonnie Jordan, The leader of War.

Gilbert Stokes, the lead singer for APB, was the voice for the Gold and Platinum winning group El Chicano, whose hits include a remake of the Young Rascals’ “Groovin’”, as well as the British top five release of “Do You Want Me”.

Dennis Alvarez, guitar and lead vocals for APB, has toured with Bo Donaldson and The Heywoods as well as Tracy “G” (formerly of Dio) and has been seen playing beside Spencer Davis.

Steve Carlos Falomir, bass player and back up vocals for APB, is well known for his studio work in and around L.A., but is especially known for his bass playing on the hit record “Together” by the group “Tierra”.