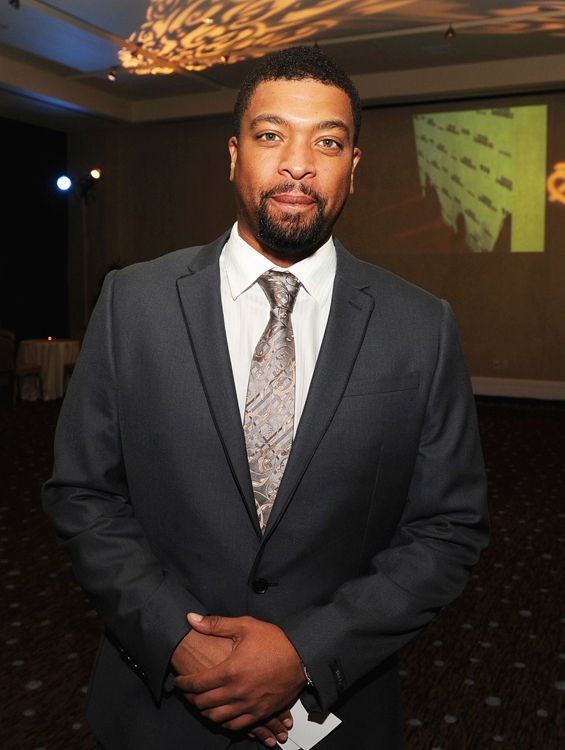 DeRay’s film credits also include the Hustle Guy in Barbershop and Barbershop 2, the Will Smith-produced The Seat Filler, Fox’s Johnson Family Vacation, Jiminy Glick in Lalawood, and Disney’s Frank McKlusky. DeRay is best known for his role in Revolution Studios feature The Fog. You can also currently catch DeRay on MTV’s “Wild N Out”, in which he just finished the latest season. DeRay is also in the post production stages of his own pilot at Comedy Central currently self-titled “The DeRay Way.”

On the recording side, DeRay wrote and performed the comedy skits on Kanye West’s LPs “Late Registration” and “The College Dropout” and he performed at the 2006 Grammy Awards with Kanye and Jamie Foxx. Furthermore, Davis is currently re-writing the feature Sons of the Hammer with Patrick T. Gorman and Jason Major for Strike Entertainment.

A born hustler from Chicago’s South Side, DeRay began his career in the comedy clubs and was first noticed by Hollywood at Atlanta’s Laffapalooza Festival. Shortly after moving to LA, DeRay won the Comedy Central Laugh Riots Competition and was a standout on the Cedric the Entertainer Tour and at the Montreal Just for Laughs Festival. DeRay currently resides in Los Angeles.