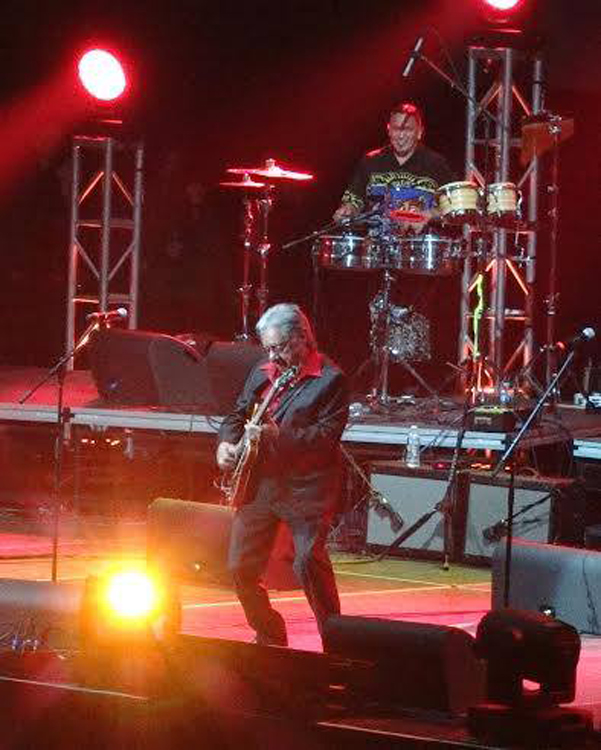 El Chicano have been making music since the early seventies. Their first recording of an instrumental song entitled “Viva Tirado” became an international hit. It had a unique sound of masterful B3 organ playing, Wes Montgomery style guitar, and a melodic music style surrounded by fiery Latin percussion.

El Chicano went on to record eight albums under MCA Records, Columbia Records and the Shadybrook label. They garnered several more hits over the years that included some excellent vocal performances. All the while still maintaining their trademark sound. There are over fifty El Chicano compilation CDs. Their music has been used on several movie scores and television shows.

Over the years, they continue to travel worldwide and be a part of several musical projects that have incorporated their unique style. The group has a tremendous amount of loyal fans. Not only in the USA but worldwide as well. They are becomeing a mainstay in Latin music and are still recording new songs.

At this time, the group is putting the finishing touches on a project being spearheaded by the original founders of the band, Freddie Sanchez and Bobby Espinosa. Universal Music is about to add El Chicano to their 20th Century Masters. The Millennium Collection, was released on the Geffen label October 12th 2004. Also in the works is a book being written about the El Chicano story that will be available in the fall of 2005 to coincide with the release of their “Anthology” CD, a collection of music over the decades that never seems to go out of style.

Currently El Chicano has been commissioned to score the music for a unique project, a documentary on their longtime friend and hero Cesar Chavez. The video, entitled “Chavez Speaks”, was released in 2004.