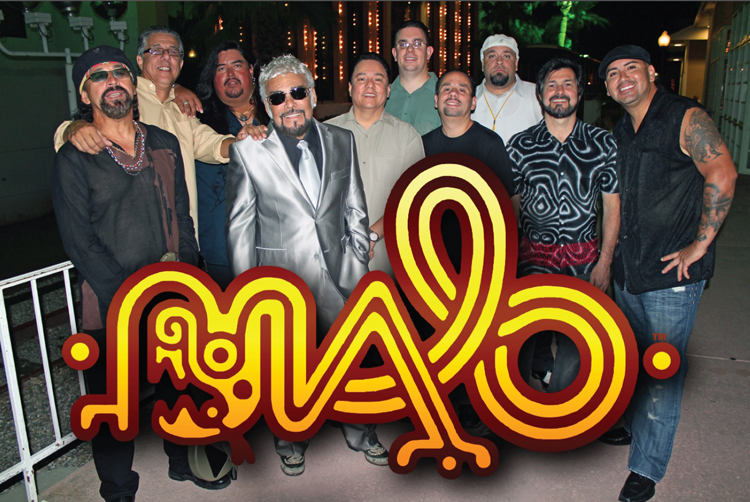 In 1971, Arcelio Garcia, co-founder and lead vocalist of Malo, brought together a group of ten fellow teenagers using the framework of his earlier bands. He had come to San Francisco at the age of three and, not knowing how to speak English well, he developed his own style of writing music in English and Spanish. Little did he know that this special combination of talents would produce the monster hit, “Suavecito.” Only one year later, their first album was the #2 album for November 1972 and Malo was also Top 20 for the year. Many artists have since copied his style of writing music and formed their orchestrations after the sound of Malo.

The timeless song “Suavecito” still has an impact on today’s artists. Recently, Warner Records and Quality Records released competing rap versions of the classic with the original vocals. Founder Garcia is known as an influencing force in the Bay Area music scene. It was vocalist Garcia that invited Jorge Santana to be a member of Malo long before anyone had heard of his brother Carlos. Malo has kept the same energy after 25 years together.

Today’s Malo, still 10 pieces, features a massive layer of lead guitar built on a foundation of percussion with a big chunk of brass blended into the mix.