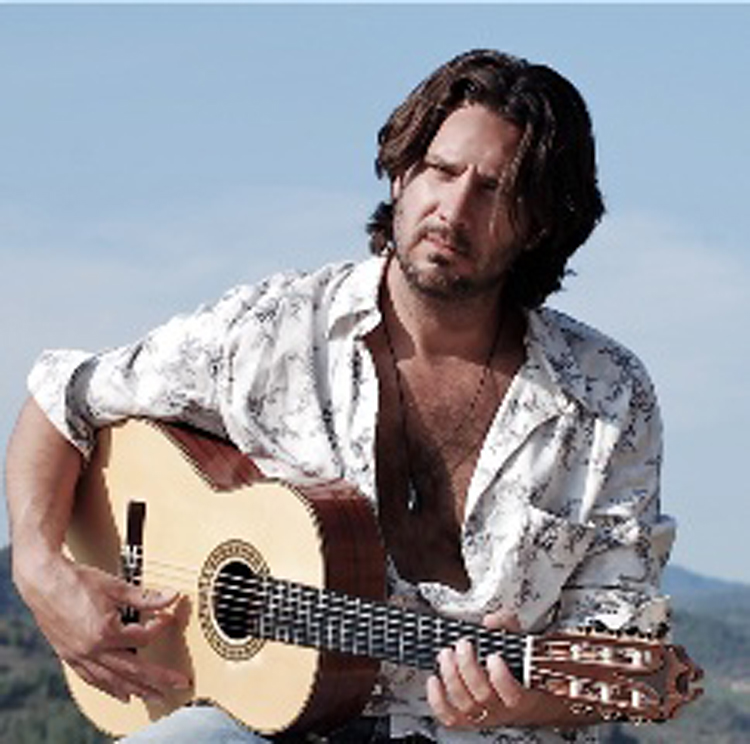 Emilio brings fiery passion, rhythm, energy, and love to his music. He skillfully blends elements of Spanish Flamenco guitar with South American, African and Middle Eastern rhythms. Then adds touches of modern and new age influences which make his music for both a meaningful and energetic experience.

Emilio has been exposed to different cultures, which have helped in the development of his music. “While growing up, I always had a variety of music and culture around me. One minute listening to very profound Flamenco music, and the next, dancing to Merengue music in the living room.” Emilio explains. “These things stay with you as you grow up.”

Emilio returned to Europe to work and perfect his art. He stayed for a total of four years playing his guitar at small clubs and restaurants. Although he spent most of that time in Rome, Italy, he traveled through most of Europe and South America. “I love the Mediterranean culture. And people but I must say that I met wonderful people and saw beautiful things throughout all my travels.”

As producer, writer, arranger and master guitarist, Emilio has raised the bar and set a new standard for Flamenco guitar music. His joyous playing and infectious musical mystique have attracted numerous fans of mainstream instrumental music that enjoy Emilio’s fiery style of nouveau flamenco. Inspired by many different types of music, Emilio has developed a passionate style of his own – that which he calls “Modern Gypsy”.

Emilio has released 5 CDs and has sold over 35 thousand copies of them including the last and much acclaimed “E-Thology” which was Produced by Robin DiMaggio and recorded in some of the countries best studios with Top tier Musicians!

Emilio has appeared in concert at the Irvine Barclay, OC Pavilion, St. Regis Resort, Downtown Disney, Fashion Island, and many other venues on the West Coast and in Europe. Emilio has recorded Five CD’s on his own label” The Midnight Dance, Modern Gypsy, Self Titled “Emilio”, E-Lounge and the highly acclaimed E-Thology.

Emilio, with his artistic and entrepreneurial spirit has not only produced CD’s and concerts, but is also in the middle of writing a book, developing a clothing line as well as developing a documentary about the art and root of Flamenco Music!