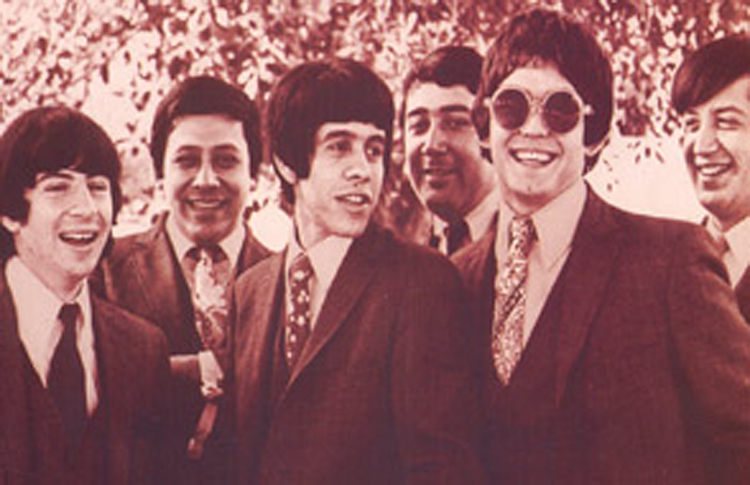 Having been nominated in 1965 for a Grammy Award for their number one hit, “Whittier Boulevard, Thee Midniters enjoyed tremendous success from 1965 through 1969, opening for· such heavies as The Doors, Herman’s Hermits, Steppenwolf, and many Motown artists. They were the first -Latino rock and roll group from East Los Angeles to achieve national acclaim.

Thee Midniters’ success resulted in five albums and 25 singles, including hits such as “Whittier Blvd.,” “Land of 1000 Dances,” and “That’s All,” just to name a few. Equally comfortable with the television and stage, Thee Midniters had standing invitations with television’s hottest dance shows of the sixties “Shebang,• “9th Street West,” ·Groovy” and “Hollywood A Go-Go.”

Thee Midniters have performed at many world-class entertainment venues. Their performance credits Include appearances at The Hollywood Bowl, The Rose Bowl, The Greek Theater, The Kennedy Center, Caesar’s Palace, Harrah’s Club in Lake Tahoe and Reno, The Bever1y Hilton, The Beverly Wilshire, the House of Blues on the Sunset Strip and the Playboy circuit.

What then differentiates Thee Midniters from your run of the mill rock band? Throughout the years, They have worked for many charitable organizations, Including the March of Olmos and the City of Hope. They also headed up to Toys for Tots drive in association with “Huggy Boy” of radio station KRLA Through their mutual efforts, hundreds of toys were distributed to needy kids of the greater Los Angeles area.

THEE MIDNITERS have performed and shared the stage with rock and soul luminaries such as: