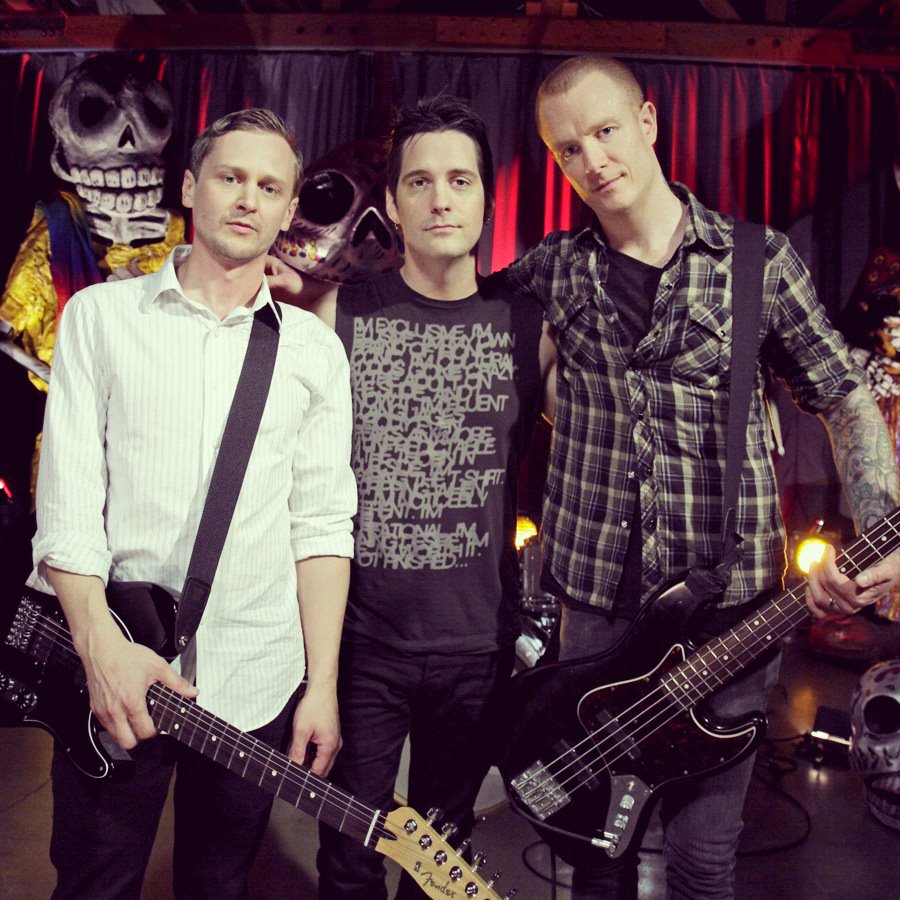 Since the band’s debut in 1998, Eve 6′s brand of clever and high energy pop-punk-rock has sold in excess of three million albums in North America. Their platinum-selling self-titled album brought the band to stardom, and a vibrant career was born. The band’s three albums have spawned a number of top singles, including #1 smash “Inside Out”, “Think Twice”, “Promise”, “Leech”, and the radio/MTV mega-anthem “Here’s to the Night,” which continues to serve as the theme for many high school graduations and proms to this day. After a brief disbandment in which the members pursued various other projects, Eve 6 reformed in early 2008, and spent much of the following two years on the road reconnecting with the fan base and playing to crowds wildly enthusiastic about their return. As of 2011, Eve 6 welcomes back original guitarist Jon Siebels and has signed with Fearless Records. The band is heading into the studio this summer with noted producer Don Gilmore (Linkin Park, Good Charlotte) to record their long-awaited fourth album.

Face to Face
Scroll to top