You are here: Home1 / Exclusive Asian2 / Face to Face 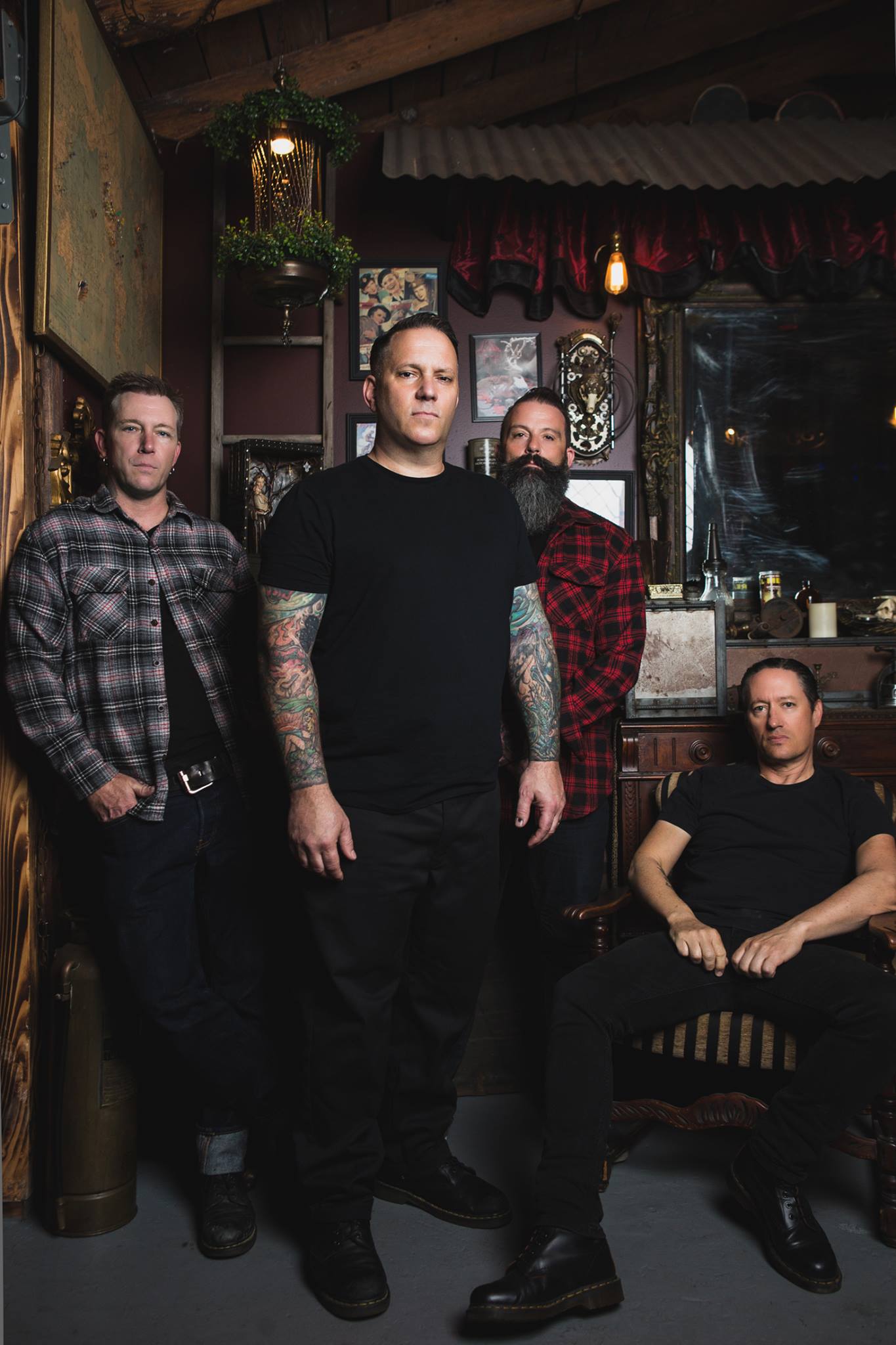 About Face to Face

Face to Face may not have the biggest following in the world, but it certainly has one of the most loyal. One example: Last year the band decided to hammer the kinks out of the material that would become its eponymous new album via a quick road test. A dozen unadvertised shows were booked across North America, selling out almost instantly by word-of-mouth alone. Postcards were distributed at these shows, explaining their being recorded for a mail -order-only live EP (which includes earlier, different versions of a few songs on Face to Face), which is already gone. And Face to Face, the album, isn’t even out yet.

There’s a lesson to be learned here. Namely, that this is what happens when a band does things the old-fashioned way: play as many shows as is humanly possible and put out really good records when you either have a bunch of new songs or are simply too exhausted to play for a while… then get out on the road some more.

Face to Face first put this work ethic into practice In 1991. The band’s original three-piece line-up–vocalist/guitarist Trever Keith, drummer Rob Kurth and since-departed bassist Matt Riddle–began gigging ceaselessly in its native Southern California, making trips up and down the West Coast whenever possible. In early 1992, a debut LP, DON’T TURN AWAY, was released on So. Cal. indie Dr. Strange and was rabidly ‘snapped’ up by the band’s small but growing following (likewise the “No Authority” 45). By the end of the year, the band had captured the ear and heart of affable No. Cal. impresario Fat Mike, who re-issued DON’T TURN AWAY on his Fat Wreck Chords label and took Face to Face on the road with his band, NOFX.

Face to Face continued touring over the next two years, adding second guitarist Chad Yaro and releasing OVER IT, an EP collecting various singles, B-sides and such, along the way.

Then, in early 1995, something strange happened. “Disconnected”, a song from DON’T TURN AWAY that had also been released as a Fat Wreck Chords single, started receiving unsolicited airplay on Los Angeles’ KROQ–A lot of unsolicited airplay. Essentially, Face to Face had scored a hometown hit “by accident”, as Trever puts it. Only problem: a new album was about to come out and the band struggled with the idea of putting “Disconnected” on the new record. Amidst trepidation and duress, the band reached a compromise, adding “Disconnected” and “Bikeage” to the album as bonus tracks.

The band hit the road and stayed there for a goodly while, hitting most of the globe’s civilized areas (and some not so civilized). New bassist Scott Shiflett joined the fold after an amicable parting with Matt Riddle and the songs that would become Face to Face began to take shape (Shiflett shares a writing credit with Trever Keith on the new album’s first single, ‘I Won’t Lie Down’). This time around, however, Face to Face took a more comprehensive approach to the writing and recording the new album than on DON’T TURN AWAY and BIG CHOICE. The band worked on writing and rehearsing the newer material for a few months, refined and redefined the songs as only touring can on the aforementioned “Econo-live” jaunt, then returned to the studio to record the final project.

“We spent more time on this record than any previous Face to Face album,” Trever recalls. “It was a strange process to rehearse, then tour, then return to the studio, but we wanted to create something that wouldn’t make us cringe when we heard it six months down the line. Something we could be proud of forever. That’s why we took the new stuff on the road. When you play a song live night after night, you start to notice things that can be improved. You start to spontaneously change things when you hear a little drum or guitar that works better than you originally recorded. The songs just get better and better on the road. That happens to a lot of bands after their records are finished. By doing things this way, we knew exactly how we wanted to do these songs by time we got back to the studio.

The resultant album Face to Face. lives up to its self-titled promise, defining the full range and intensity of the band’s sound. “Resignation”, “Walk The Walk”, and “Handout”, embody the quartet’s unique ability to marry compelling melodies and vocal harmonies with peerless velocity and energy. Even in its darkest lyrical moments–such as “Take It Back” or ‘I Won’t Lie Down’ (a tape of which has mysteriously turned up on KROQ’s playlist–shades of deja vu!)–Face to Face resonates with an undeniable positivity.

Face to Face: The kind of band and album that can survive a surprise hit single.