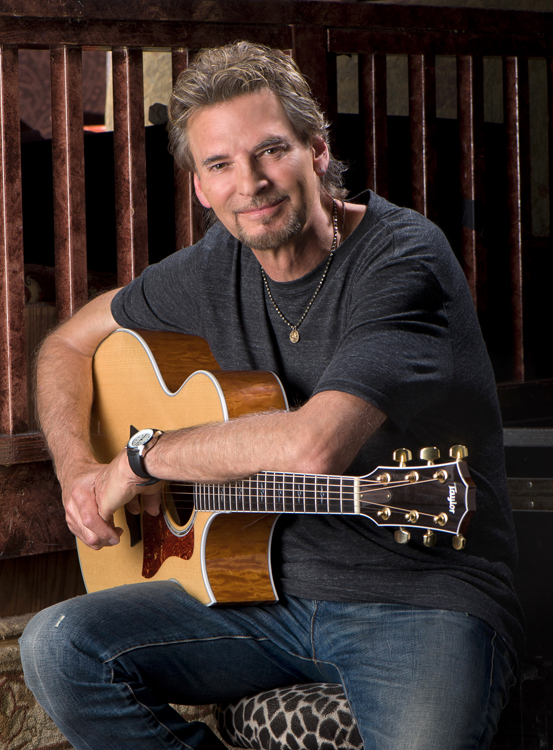 Kenny Loggins is without doubt one of the most successful songwriters and performers in the world. With a career spanning more than thirty years, Mr. Loggins is a one-man commercial powerhouse, logging in twelve Platinum plus albums and fourteen Gold albums in the United States alone, and selling more than twenty million albums worldwide. Born in Everett, Washington, Kenny Loggins moved to Los Angeles with his family when he was six years old. Kenny was drawn to music at a young age. His first break came just after he turned eighteen, when he signed on as a staff writer for a music-publishing outfit for $100 a week. He would go on to write four songs that were placed on a Nitty Gritty Dirt Band album in 1970, among them “House at Pooh Corner,” one of his most popular and enduring hits.

His success at songwriting brought him to the attention of former Buffalo Springfield member and record producer Jim Messina. Though Messina initially intended to produce Kenny as a solo artist, the two soon formed their own band. For half a decade Loggins and Messina amassed six Multi-Platinum and eight Gold albums, enjoyed worldwide super-stardom and together created a long list of classic hits such as “Your Mama Don’t Dance,” “Angry Eyes,” “Danny’s Song” and “House At Pooh Corner,” to name just a few. The pair parted ways in 1976, and it wasn’t long before Kenny’s solo star began to rise.

His first three solo albums, Celebrate Me Home, Nightwatch and Keep The Fire all went Platinum. His self-produced album Vox Humana was certified Gold, and along the way he picked up two Grammy Awards: Song of the Year for “What A Fool Believes” and Best Pop Vocal for “This Is It.” His work on the soundtrack album for the enormously successful film FOOTLOOSE earned him an Academy Award Nomination. Other hit albums followed: 1980’s Alive and 82’s High Adventure would both sell well over the 500,000 unit mark in the United States alone.

As a songwriter, Mr. Loggins’ track record has put him in the upper echelon of popular hit-makers. His memorable hits include “House At Pooh Corner,” “Danny’s Song,” “Celebrate Me Home,” “Whenever I Call You Friend” (with Stevie Nicks), “This Is It,” “Danger Zone” (from the film TOP GUN), “I’m Alright” (from the film CADDYSHACK), “Forever,” “Conviction Of The Heart,” “Meet Me Halfway,” “For The First Time,” “Don’t Fight It” (with Steve Perry), “Heart To Heart” and “Footloose.”

In 1993 Kenny’s passion for environmental issues resulted in the television special and accompanying live album Outside: From The Redwoods, which was shot in a natural redwood amphitheater in the Santa Cruz Mountains of California. His environmental TV special “This Island Earth” was first aired that year on the Disney Channel and has become a staple for the channel, having been re-aired numerous times since its debut. The special was nominated for three Emmy Awards and won for Outstanding Achievement in Writing (Special Class) and Outstanding Original Song for the Loggins-penned title track.

A vital part of Kenny Loggins’ career has come from one of his greatest joys, playing in front of his fans. Over the years he has played literally thousands of dates in front of millions of concert goers, all of whom want to hear the positive, inspiring and familiar tracks of one of America’s most beloved musical heroes.

Kenny is currently working on a new studio album which will be released in 2003.