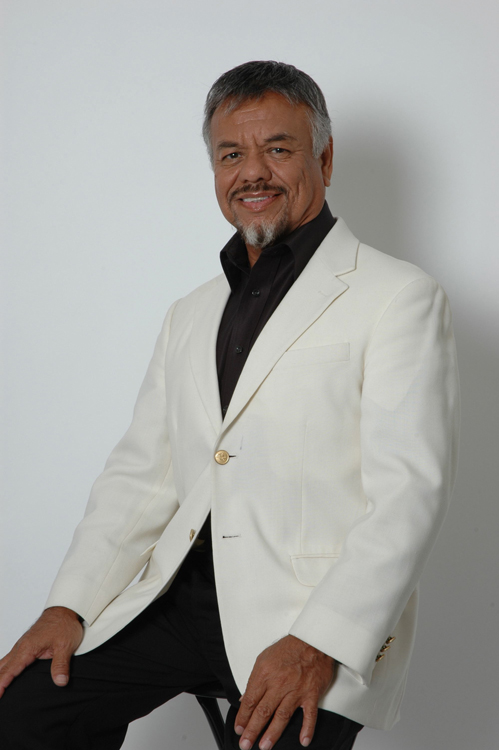 Little Joe & La Familia is one of the most popular Tex-Mex bands in the music industry. Little Joe has been entertaining for more than 35 years. He has been described as the “King of the Brown Sound.” He also helped pioneer “Tejano” music a mix of traditional “norteno” music and country, blues and rock styles. Jose Maria DeLeon Hernandez “Little Joe” was born to Salvador “La Cotorra” Hernandez and Amelia DeLeon Hernandez. He was born in a three wall dirt floor car garage in Temple, Texas on a cold and stormy night on October 17, 1940. He was the seventh child of thirteen. In 1953, Joe’s cousin, David Coronado, who fronted a band called “David Coronado & The Latinaires” recruited Joe for guitar. Cino Moreno for ‘drums and Tony Matambros on saxophone were also going to join his band.

In 1955, Joe would play his first paying performance in Cameron, Texas for $5.00 at a high school Sock Hop. He was so excited, he realized that picking guitars beat picking cotton and he could actually get paid for it. In 1958, Joe would make his recording debut as a guitarist for Torrero Records in Corpus Christi, Texas. It was an instrumental single “Safari Part I & II” which was composed by all members of the Latinaires. In 1959, Jesse, Joe’s younger brother the bassist, singer and songwriter would join the band. He did so as David Coronado was leaving. Joe took over the band renaming it, “Little Joe & The Latinaires.”

In 1964, Jesse was killed in an auto accident. Joe then made a vow at Jesse’s graveside to carry his music to the top. He did not realize how high his music would take him or how it would open many doors for other artists. He didn’t even know he would set many trends. In the 60′s, Joe would sign with Texas based independent record companies. He started with his first record deal, Corona Records in San Antonio. Next was Valmon Records in Austin and later Zarape Records in Dallas. Joe ventured into his own independent company in 1968 “Buena Suerte Records” for his Spanish recordings and Good Luck Records” for his English recordings.

Also to follow would be Leona Records, a label also owned by Joe and a distribution deal with Freddy Records in Corpus Christi, Texas. They would keep Joe independent through the 70′s and early 80′s. In 1970, after playing an spending much of his time in San Francisco and the Bay Area, Joe discovered “Latinismo.” Latinismo is a strong Latin musical world which was not found in Texas at that time. It had a profound change in his music and his cultural values. That prompted him to change the name of the band from Latinaires to La Familia. Joe wanted more knowledge of his heritage and roots.

In 1983, Joe signed his first major deal with WEA International. After leaving WEA, Joe again would go independent and form “Redneck Records” where he recorded the Live Double Album “25th Silver Anniversary” in 1985. This album was placed with CBS which later became Sony Discos International. While with Sony Discos, he would be a 2 time Grammy nominee, and in 1992 would receive the Grammy Award for “Diez Y Seis De Septiembre” for the Best Mexican American Performance Category in 1991. Part of his vow to Jesse would be fulfilled.

After leaving Sony the following year, going independent once again, Joe would receive his 3rd Grammy Nomination. It was for his first recording “Que Paso” under his record label, Tejano Discos International. In 1996, Joe would appear on the 1997 Grammy nominated album, “Frank Yanchovich & Friends Songs of the Polka King, Vol.1′. He performed a duet with Frank Yanchovich on the song “Just Becauset’Si Porque.” Currently Joe has signed a co-venture deal with his company “DeLeon Publishing” and “Peer Music Limited Publishing” in an effort to bring a major publishing outlet for Texas Songwriters extending publishing work to 33 countries. Aside from his music career, Joe has worked in the film industry starring in two feature films.  “Proposition 187, A Deadly Law” and “Down For The Barrio”.

Forty years and over fifty albums later, Joe is touring the world. Constantly trailblazing, looking forward to new challenges and breaking down cultural and musical barriers. All the while innovating his musical style. As always, Joe strives to bring people together to make a more peaceful and harmonious world.