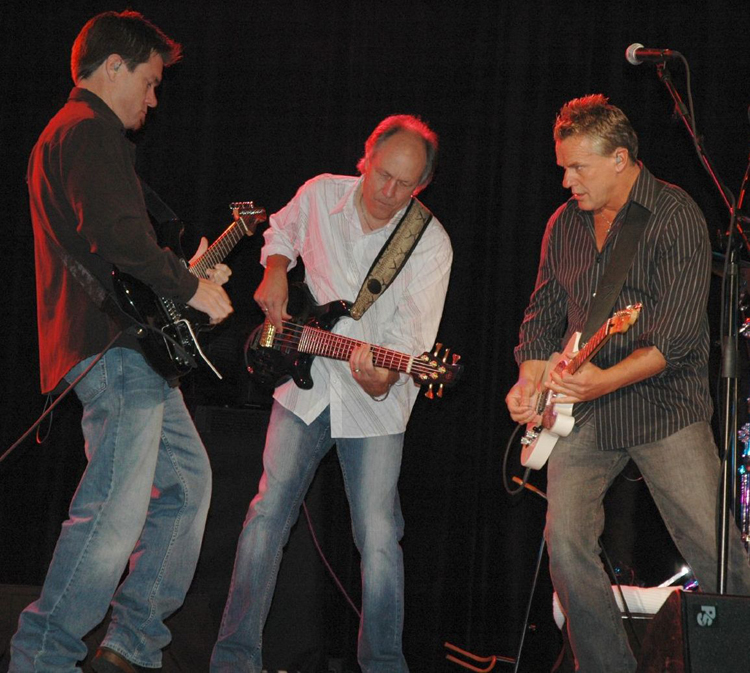 Little River Band was the first Australian band to successfully conquer foreign markets from an Australian base.

Within eight months of their birth, LRB had already scored three Australian Top 20 singles and two Top Ten albums. In 1976, after their self-titled debut album was released in the USA, the long grind of 13 US tours in eight years had begun.

By 1982 they became the only act – from anywhere – to have a top ten US single for six consecutive years.

Headlining their own major shows in America, and touring internationally with the likes of the Doobie Brothers, Supertramp, America, and the Eagles was a huge learning curve that honed LRB into one of the finest live bands in the world.

Record success ran alongside – total record sales around the world have eclipsed the 25 million mark. 16 hit singles by 1985, as well as gold, platinum, and multi-platinum album sales awards. All-told LRB notched up eight top 10 singles in the US, where just two of their songs, Reminiscing and Lady, have more than 8 million radio plays between them.

Through the years LRB has thrived as a highly respected and constantly in-demand outfit, going about their craft with a dedication to excellence and professionalism that few, if any, can match.

The Little River Band of 2005 is stronger than ever; there is a new element of youthfulness and vitality, anchored by leader and consummate guitarist Stephen Housden, an LRB mainstay for 25 consecutive years, and American bass player Wayne Nelson, who began his LRB career in 1980. The following year Wayne debuted as lead vocalist on the top ten hits “The Night Owls” and “Take It Easy On Me”, and continues in that role today. Stephen and Wayne have more years of service than anyone throughout the band’s illustrious history.

Guitarist/vocalist Greg Hind has been an integral part of the bands current sound since 2000. Before joining LRB Greg played and sang with many well known artists including Thelma Houston, Kylie Minogue, and Bachelor Girl.

Billy Thomas (drums and vocals) grew up playing and singing in rock bands around his hometown of Ft. Myers, FL. He later moved to Los Angeles where he toured with Rick Nelson, Mac Davis, and the Hudson Brothers. After relocating to Nashville, he has recorded and or toured with Vince Gill, Patty Loveless, Emmylou Harris, Marty Stuart, and Earl Scruggs, as well as having great success as part of MCA recording act McBride & The Ride.

Chris Marion (keyboards and vocals) was born on Elvis’ 27th birthday. After studying music in college, Chris moved to Nashville and began his playing career, with his music garnering nominations for 4 Dove awards from the Gospel Music Assoc. He has toured and recorded with artists like Steven Curtis Chapman, Brent Lamb, and Keith Longbotham. In 1992, he joined with partner Danny Myrick to form Western Flyer and later worked artists such as Garth Brooks, The Oakridge Boys, Doug Stone, and Charlie Chase.

Nelson remarks the changes “after 25 years, the prospect of looking for American musicians to be part of LRB was challenging but ultimately rewarding. Chris and Billy are very talented; they respect the history of the band and want to do what’s right for the songs, but they also bring something new to the table with their experience and their versatility. As they settle in and start throwing in new ideas, we all seem to get a new lease on life. We’re having a lot of fun exploring new ways to deliver the songs – still recognizable and powerful, but with new twists that will delight those fans who like to listen deep amd analyze. And, in a kind of “back to the future” way, we;re digging into the vaults and rearranging some older songs while collaborating on new material as well. Don’t be suprised if a new CD doesn’t get birthed by this line-up next year.”

Throw in Housden’s remarkable guitar playing, and the additional songwriting talents of all the members, and it’s easy to see why audiences still go crazy for this band today as they did 30 years ago. Last year alone more than 100 shows were played out from New Zealand to Canada, with USA covered as never before. From Portland to Fort Lauderdale and New York to LA, fans of the band were treated to and entertaining mix of classic songs and new material, delivered as always with that trademark LRB blend of impeccable vocals, soaring harmonies, kick-ass playing and an unmistakable feeling of a band really enjoying itself.

In 2006, Nashville-based Rich Herring joined the band as lead guitarist whilst Stephen Housden took a one-season break from touring.

LRB continues to look to the future, and according to Housden “the band is sounding better then ever and can’t wait to get back on stage each night”. Capacity crowds across America and beyond continue to attest the enduring appeal of Little River Band… on CD and in concert. The 30th anniversary year promises to be a very special one for a band that really has withstood the test of time.