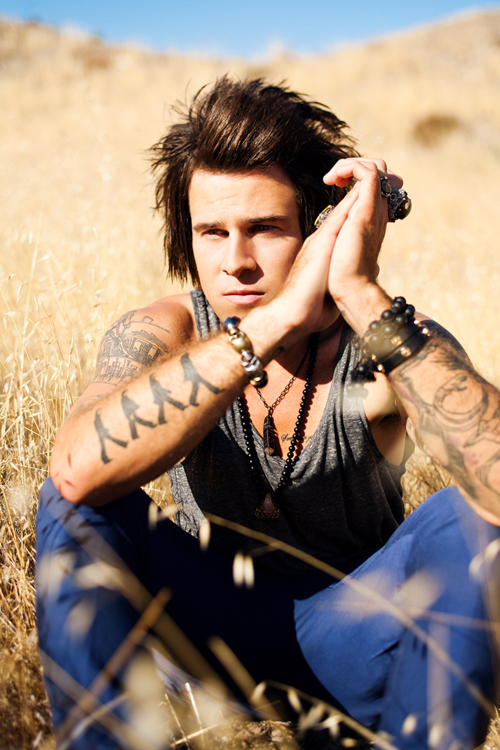 In the mid-2000s there was a slew of young musicians climbing their way to the top of the music charts. Some were studio-created products, but others were serious musicians who penned their own songs, played their own instruments, and helped produce their own albums. In the latter category, one young man in particular emerged from the pack in 2005 and was on the verge of hitting it big in the industry. Ryan Cabrera, the personable singer-songwriter known for his halo of spiky, bleached-blonde hair, released his debut album in late 2004 and then hit the road on a whirlwind concert tour. Along the way he connected with fans who responded by snatching up his CD and firmly entrenching it on Billboard’s Top 100.

Ryan Frank Cabrera was born on July 18, 1982, in Dallas, Texas. Guitarist, songwriter, and Texas native Cabrera never planned on a career in music. His hobby turned into a passion after hearing Dave Matthews, causing him to turn his back on the noisy punk rock of his high-school band, Caine, and pick up an acoustic guitar for the newly minted Rubic’s Groove. The group found popularity in the Dallas area, sharing stages with Cheap Trick, Ben Harper, and Third Eye Blind, before Cabrera’s departure. Making the most of a block of studio time — a birthday present from his brother — the high-school dropout cut three original songs that impressed the engineer enough to offer the opportunity to do a full-length — for free. Elm Street was a self-released success, selling out locally and garnering favorable reviews and a deluge of Internet orders. In 2001, Cabrera signed to Atlantic, which scheduled the long-player Take It All Away for release in 2004. Johnny Rzeznik (Goo Goo Dolls) was the co-producer on Take It All Away. You Stand Watching arrived in 2005, followed by The Moon Under Water in 2008. He is currently in the studio working on his fourth record.