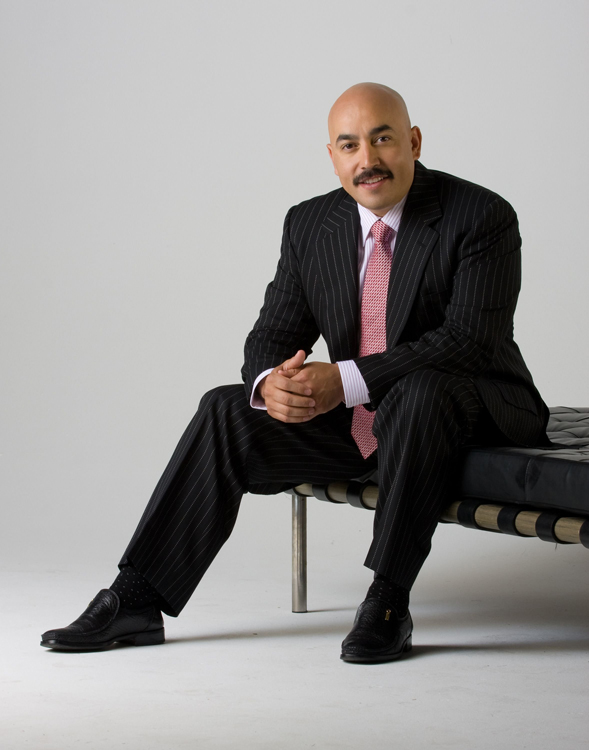 With an enviable and prolific career that spans a decade, and countless awards and international recognition, including gold and platinum albums for extraordinary album sales, Lupillo Rivera presents “Con Mis Propias Manos” (With My Own Hands), his anticipated follow up album with Univision Records. The album will be released in U.S. and Puerto Rican retail stores on May 25, 2004.

“Con Mis Propias Manos” is undoubtedly the album that gives continuity and legitimacy to Lupillo Rivera’s uncontainable international projection and his establishment as one of the most respected and admirable Latin music industry superstars. In this new production, Lupillo places all his bets on beating his own album sales and radio airplay popularity, mainly because the artistic quality is of the highest caliber.

Comprised of 11 Ranchero and Banda tracks, “Pero Que Tal Si Te Compro” (What If I Buy You), penned by Cornelio Reyna, is being released as the first promotional single. The album will also be released as a CD/DVD combo that includes footage of in-studio recording sessions, behind the scenes footage of the album’s photo session, a special feature on Lupillo’s automobile accident in December 2003, an impressive photo gallery, his biography and four music videos.

“God is a very powerful being, and He can take our lives away at any given moment but as long as he gives me the opportunity of being in this world, with my own hands I will do everything possible to please my audience, because it’s the only thing I know how to do. I can sing and try to bring happiness to my people,” stated Rivera.

If there’s one sure thing in Lupillo Rivera’s life, it can be said that he has never succumbed to complacency and when it comes to music, he gives himself 110% to offer his followers what they deserve, optimum quality music with the unparalleled and unique signature that only Lupillo Rivera can produce: a solid vocal ability that sways effortlessly between the classics of yesterday and the most refined, sophisticated and contemporary productions of today.

Produced by his father, the renowned and respected Pedro Rivera, Lupillo offers a collector’s item that revives some of the most passionate and difficult classics, which were made unforgettable by his own personal idols Jose Alfredo Jimenez and Javier Solis. As is commonplace for Lupillo, he moves comfortably and with much ease between the different Mexican rhythms of ‘Rancheras,’ ‘Zapateado’ and ‘Banda’ music, corroborating time and again his unique position in the competitive world of regional Mexican music.

Perhaps one of the biggest treats found in “Con Mis Propias Manos” is without a doubt the unreleased “Navegando Sin Tu Amor” (Navigating Without Your Love) track, penned originally by internationally acclaimed maestro Jose Alfredo Jimenez, which has never been recorded before. Thanks to the generosity of Jose Alfredo Jimenez Jr., Lupillo worked on the musical arrangements and now offers his rendition as a tribute not only to his idol Jose Alfredo Jimenez but also to his native country Mexico.

Another big surprise on this new album is the recording of two Caribbean rhythm tracks performed with Banda’ music of course, “Guantanamera,” penned by ‘Joseito’ Fernandez Diaz and Noel Estrada’s “En Mi Viejo San Juan” (In My Old San Juan). With these songs, Lupillo seeks to take Regional Mexican music to new uncharted territories that traditionally have not been exposed to this music genre.

“I think these songs are definitely more for a Caribbean audience. I did it because we need to expose them to some Banda music and let them know that a Mexican can also sing for them, why not? There is no reason for music to have barriers, quite on the contrary, it should really bring us all together,” said Lupillo.

Among the ‘Rancheras’ that are worth mentioning on the album are the ones penned by Mexican idol Jose Alfredo Jimenez: “Poco A Poco,” (Little By Little) and “Navegando Sin Tu Amor,” (Navigating Without Your Love) as well as Antonio Valdez Herrera’s “Renunciación” (Renunciation) and “Laguna de Pesares” (Lagoon of Sorrows) penned by Tomas Mendez. Other notable tracks that are more danceable and up-tempo include the ‘Zapateado’ “Los Pájaros” (The Birds) by David Gonzalez and Javier Poire, and of course, “Guantanamera.” The album also includes “Lo Que Sobran Son Mujeres” (Women Are Abundant) penned by his father Pedro Rivera and “Los Chismes” (Gossip) by Corrido legend Chalino Sanchez.

“I love this album. I listen to it over and over and I don’t get tired of it, so I think that’s a good sign that it will be a huge hit,” concluded the new idol of Regional Mexican music.

Guadalupe Rivera was born on January 30 in La Barca, Jalisco, Mexico. His stage name Lupillo stems from the Spanish diminutive for Guadalupe. An Aquarian like his father and outstanding student, Lupillo graduated in 1990 from Poly High School in the City of Long Beach, California where he was raised and where he lived his formative years.

With the intention of pursuing a career in restaurant management, Lupillo became the manager of a small record label his father started in 1987. Cintas Acuario was his first and only job in music business. It was in this job that he learned how to find and discover new talent. In this search he found who is today, despite his passing away, one of the most distinguished idols of the ‘Corrido’ genre, the legendary Chalino Sanchez, whom he came across at a local swap meet.

The label kept growing and Guadalupe continued looking for talent. In 1993 he discovered his own talent and decided to record his first album as Lupillo Rivera, guided by the expert knowledge of his father and producer Pedro Rivera under the family’s own record label, where subsequently he recorded five full-length albums.

Among one of Lupillo’s most notable and prestigious feats is becoming the FIRST Mexican Angelino to fill to capacity the Universal Amphitheater, managing for the first time ever to bring together in that renowned and exclusive theater Regional Mexican music’s most popular genres and performing his greatest hits consecutively with a ‘Banda’ group, a ‘Norteño” ensemble and a ‘Mariachi’ band.

Lupillo Rivera, “with his own hands” presents what may very well be one of the most important albums in his career with his heart in his hands, proving once again that his dedication is truly genuine and unconditional.