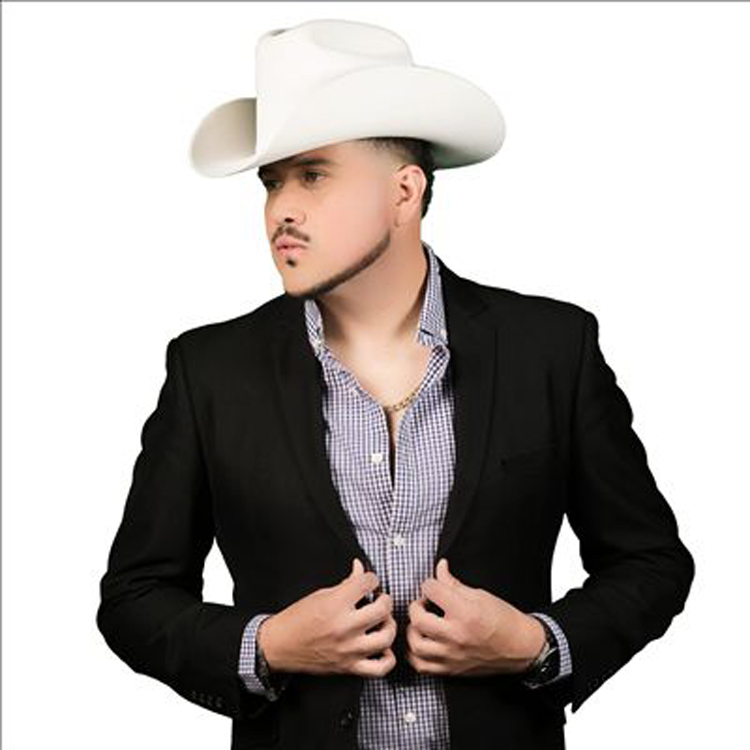 Born in Los Angeles under the sign of Aries (March 21-April 20), Martín Castillo has become known in the music industry as “The New Face of the Corrido.” A nickname that speaks to his responsibility and commitment to make vibrant, interesting music for years to come.

Martín Castillo knows where his life is going. He believes in working nonstop to turn his goals into reality.

At age 5, he discovered his love for music. And at that moment, he began his artistic journey.

He enjoyed playing rhythms, but his family couldn’t afford proper instruments. That didn’t stop him from improvising with pots and pans. He actually arranged the utensils like a drum kit to approximate the sound of each drum – snare, cymbal, tom, kick. Martín Castillo got a “kick” out of it, and his father did too, saying “I think my son is going to be a musician.”

Martín Castillo is the son of Mexican immigrants in the United States. His father is from the city of Hermosillo, Sonora; and his mother is from the small border town of Los Algodones, Baja California. Martín was born in Los Angeles and was immersed in Mexican culture and pride growing up.

There are no musicians in his family, but his musical talents have always been obvious. At age 15, Martín and a friend founded a group called Banda Azpericueta. Later he founded another group called Sueño Norteño. He was beginning to find his way in the creative arts…

“I studied during the day and pursued music during my free time,” Martín recalls, “I started making money and around that time graduated from high school. I always knew that music would be my profession.”

At age 19, he founded yet another group, the ambitiously named Los Dos Grandes De La Sierra, his most successful project yet. He developed his musical personality and became a true professional, able to support himself and his family with his earnings.

As his fame spread, he began to receive more requests to write songs and corridos. Before he truly appreciated what was going on, the name Martín Castillo had achieved such prominence that he had essentially become a solo artist.

From city to city, his reputation grew. He became known in Agua Prieta, Sonora; from there, Mexicali; then in Culiacán, and finally in the United States. Over the years, the talent of Martín Castillo has won over audiences. His corridos are different and grab even the most demanding music lovers’ attention.

Martín Castillo is not a cookie-cutter singer. He’s worked hard and become one of social media’s most-searched and viewed artists.

His videos rack up thousands of views, and his fans hang on his every Internet posting and upload.

Regarding his viral mojo, Martín says: “Everything I’ve achieved so far has been via social media. My videos have been viewed by thousands and it’s very satisfying.”

Among those thousands of viewers were record-company executives, brothers Ángel and Luis del Villar. They were intrigued by the style, music and DIY success of Martín Castillo.

And now, thanks to that timely discovery, Martín Castillo is the very first artist to release an album on their new label La Nueva Era Music, which is dedicated to the support, promotion and distribution of innovative musical concepts.

Martín is very pleased with this development: “I’ve pounded the pavement for a long time without label support. Now, in this new stage of my career, I can realistically pursue my goal of reaching huge audiences in Mexico and the United States. I’m certain that I’ll get noticed.”

The first album by Martín Castillo goes to retail on July 24. Its title is Poder y Respeto (Power and Respect). It features such songs as “El Compa Uno,” “El Presumido” and “Fiesta En Chicali.”

Leading off this production is the first single “El Compa Uno.”

Half of the songs on Poder y Respeto are written by Martín Castillo; the other half are by noted corrido songwriters such as Jesús Cháirez, Giovanni Cabrera and “El Pollito” Santibáñez.

Martín Castillo is a natural leader. His ideas are decisive and clear. He doesn’t beat around the bush. He’s convinced that his time is now.

He sums it up this way: “I work to please my fans. Anything they ask, I try to do it. I don’t believe in fame and I know that I’ve got a lot left to do…But I won’t stop and I’ll keep on working hard. When you deliver what your fans want and win them over, no one can stop you.”

That’s Martín Castillo: ‘The New Face of the Corrido.’