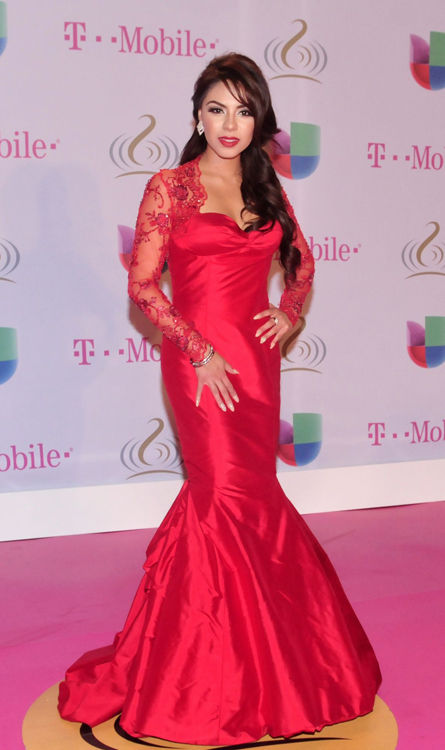 When a woman decides to break into the music industry, you need determination, but when the gender is corridos and the movement known as ‘Enfermedad Masiva,’ then we are talking about an exceptional case; this is Nena Guzmán, an exceptional girl, courageous and determined.

A native of Tijuana, Baja California and born under the sign of Sagittarius, the interpreter of “TeDeclaro La Guerra” is a clear example of how someone who knows what she wants achieves its objective. Unlike other artists who have parents or godparents devoted to music, this girl had only two things: her vocal skills and determination. It is as well as after she finished her  preparatory studies when she begins to search for opportunities to showcase her talents in private events, festivals and popular festivals in her native Tijuana.  She also formed part of a musical group and thus was opening up way as this allowed her to gain experience and reputation at local level.

Her next steps were the social networks, Facebook, Twitter and YouTube became the launching path for several music videos that she herself uploaded and immediately began to cause stir among the public that accesses these channels of communication. The “likes” and positive comments became the motivation to search for once and for all for the great opportunity she had been seeking.

This was how the brothers Luis Del Villar and Angel Del Villa, top Executives in Del Records, discovered the musical approach of the young performer and with a vision they have, they decide to sign Nena Guzman as part of the Del Records family.

On March 27, 2012 the dream of Nena Guzman becomes a reality as she presents to the media, fans and friends her first musical production entitled “Te Declaro La Guerra” composed of 16 tracks (ballads and corridos). “Te Declaro La Guerra” is also the name of her first single that made its debut in the #2 position on the list of iTunes Regional Mexican and in the Top 10 iTunes Latino.

The single “Te Declaro La Guerra” is already getting airplay in the most important places of the United States and Nena Guzman is currently on her promotional tour on the main plazas of the country supporting this album.

Nena Guzmán declares herself an admirer of Jenni Rivera of who comments: “I like how she sings and what she has done as a woman but I do not want to imitate her. My proposal is different”. Within the genre of ‘enfermedad masiva,’ admires the work of Gerardo Ortiz, Regulo Caro, Jorge Santacruz and Grupo Escolta, these last three are colleagues of hers in Del Records.

In her free time Nena Guzmán enjoys watching movies and drawing. Both activities relax and enable her to focus 100% on her career that begins today but that will sure reach stardom.