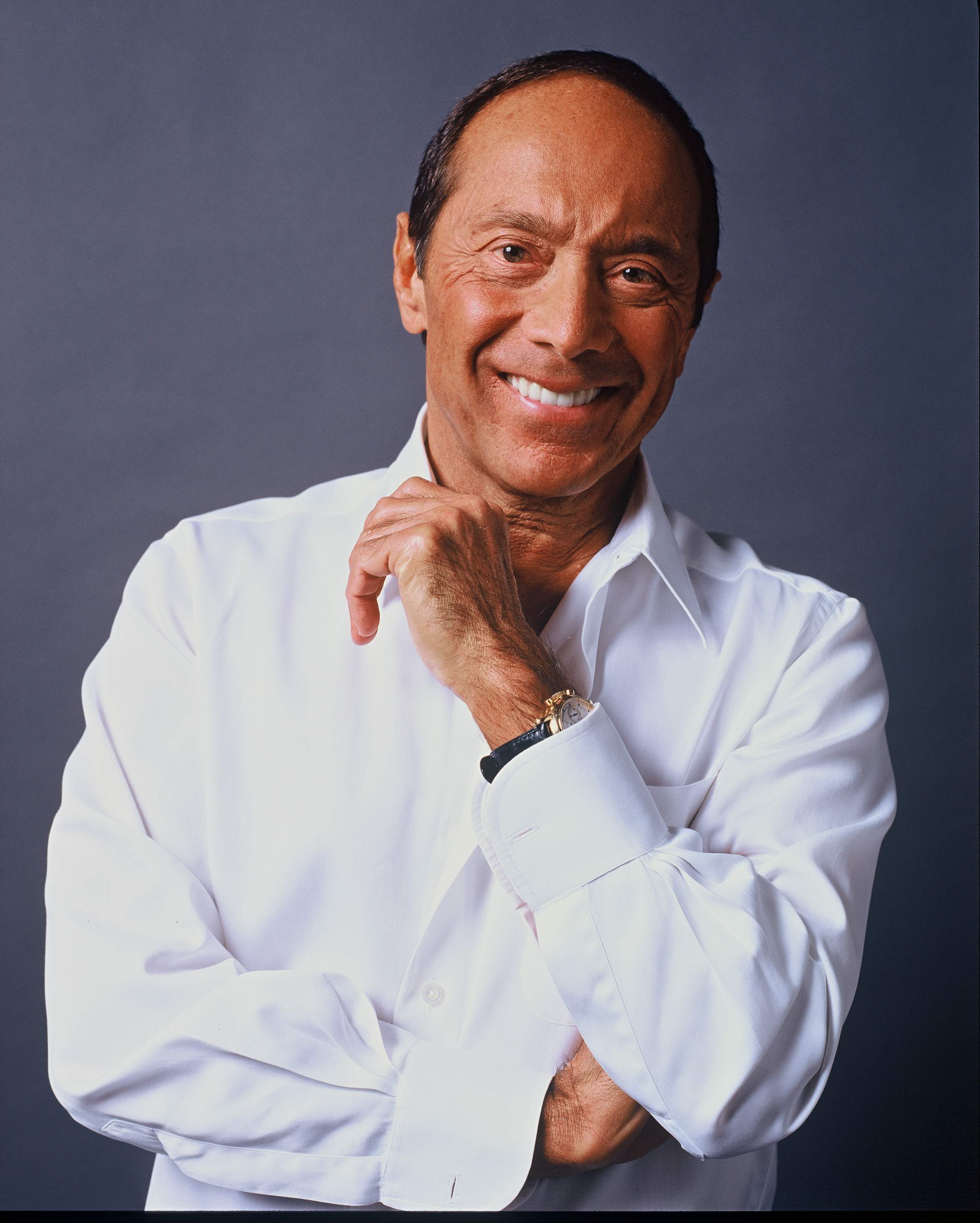 Born July 30, 1941, in Ottawa into a tight-knit Canadian family, Paul Anka didn’t waste much time getting his life in music started. He sang in the choir at Church and studied piano. He honed his writing skills with journalism courses, even working for a spell at the Ottawa Citizen. By 13, he had his own vocal group, the Bobbysoxers. He performed at every amateur night he could get to in his mother’s car, unbeknownst to her of course. Soon after, he won a trip to New York by winning a Campbell’s soup contest for IGA Food Stores that required him to spend three months collecting soup can labels. It was there his dream was solidified, he was going to make it as a singer composer; there was not a doubt in his young tenacious mind.

In 1956, he convinced his parents to let him travel to Los Angeles, where he called every record company in the phone book looking for an audition. A meeting with Modern Records led to the release of Anka’s first single, “Blau-Wile Deverest Fontaine.” It was not a hit, but Anka kept plugging away, going so far to sneak into Fats Domino’s dressing room to meet the man and his manager in Ottawa. When Anka returned New York in 1957, he scored a meeting with Don Costa, the A&R man for ABC-Paramount Records. He played him a batch of songs that included “Diana” – Costa was duly enthusiastic about the potential of the young singer and songwriter. The rapid and enormous success of “Diana”- his first number one hit – made him a star.

“They are all very autobiographical,” says Anka of his early hits. “I was alone, traveling, girls screaming, and I never got near them. I’m a teenager and feeling isolated and all that. That becomes ‘Lonely Boy.’ At record hops, I’m up on stage and all these kids are holding each other with heads on each other’s shoulders. Then I have to go have dinner in my room because there are thousands of kids outside the hotel — ‘Put Your Head on My Shoulder’ was totally that experience.

Soon Paul found himself traveling by bus with the ‘Cavalcade of Stars’ with the top names of the day in the era of segregation, performing at the Copa Cabana, the youngest entertainer ever to do so, and honing his craft surrounded by the likes of Jerry Lee Lewis, Buddy Holly, Frankie Lyman, and Chuck Berry.

By the time the Beatles arrived in the sixties, Anka had another tool in his survival kit. “After a few hits,” he says, “I knew I was a writer, and with writers, the power was always in the pen. When I started writing for Buddy Holly and Connie Francis, I felt that it made me different for people — they’d say, ‘Hey, you can write, you can fall back on something.” Among his proudest accomplishments was writing the Academy Award-nominated theme for The Longest Day, the 1962 film in which he also starred.

Songwriting and performing “are what gave me the confidence to keep going,” he says. Becoming a junior associate of Sinatra and the Rat Pack also had its privileges. By the ‘70s, the success of “My Way” and a string of hits like “(You’re) Having My Baby” confirmed his status as an icon of popular music. His later achievements as a recording artist included “Hold Me ‘Til the Morning Comes,” a hit duet with Peter Cetera in 1983, the Spanish-language album Amigos in 1996, and Body of Work, a 1998 duets album that featured Frank Sinatra, Celine Dion, Patti LaBelle, Tom Jones and daughter Anthea Anka. If this wasn’t enough, it was revealed upon its release in 2009, that Anka co-wrote Michael Jackson’s posthumous #1 worldwide hit, “This Is It,” which has further cemented his place upon the most prolific and versatile songwriters of any generation.

Not one to rest on his laurels, Anka’s two most recent albums – Rock Swings and now Classic Songs, My Way – ingeniously featured songs originally created by some of the biggest rock performers of the day – as well as other established artists across several genres. The twist: Paul Anka did the songs ‘his way.’ His goal: “taking great songs and rework them so they’re natural for me.” With the help of his five daughters, Anka spent months researching music from the ‘80s and ‘90s, trying to find the songs that would work in the radical new context he proposed. The songs that made the cut included Bon Jovi’s “It’s My Life,” Lionel Richie’s “Hello” and Eric Clapton’s “Tears in Heaven.” Even more dramatic were his transformations of “Wonderwall” by Oasis, “Black Hole Sun” by Soundgarden and Nirvana’s “Smells Like Teen Spirit.”

Rock Swings went Top 10 in the UK, and was certified gold in the UK, France, and Canada, hit No. 2 on Billboard’s Top Jazz Albums chart and went on to sell half a million units worldwide.

Dennis Quaid and the Sharks
Scroll to top