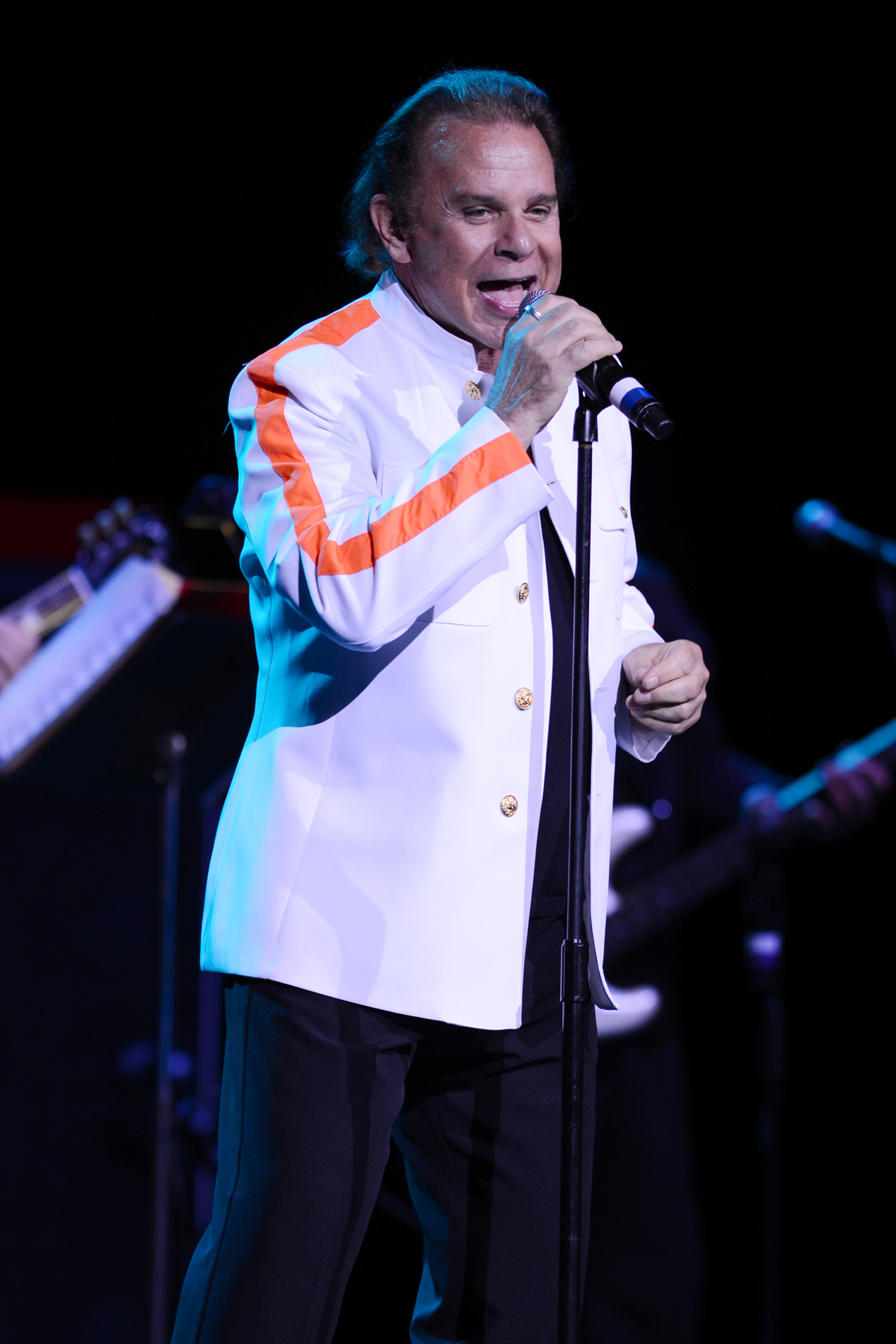 Over the entire decade of the 1960′s Lou followed success with greater success. “Two Faces Have I” was his next big hit, featuring Lou’s stratospheric falsetto. However, Lou forever embedded himself and his uniquely talented voice into America’s consciousness with his Number 1, multi-million selling “Lightnin’ Strikes.” Lou’s chart topping success continued with two more million selling hits, “Rhapsody in the Rain” and “I’m Gonna Make You Mine.” Rhapsody’s success was fueled by the fact that it was one of the first songs banned on the radio due to its suggestive lyrics!

Lou was more than just your average “teen idol.” He was one of the decade’s first singer-songwriters. Together with his eccentric collaborator, Twyla Herbert, Lou co-wrote nearly all of his songs. Twyla is 30 years Lou’s senior, and was a classically trained musician. It was a perfect partnership, since Lou has no formal musical training.

Highlights form Lou’s performing career include appearances on “Dick Clark’s Caravan of Stars,” sharing 72 consecutive one-nighters with Diana Ross and the Supremes and a command performance for Queen Elizabeth & the Royal Family. Lou has shared the stage with such artists as the Rolling Stones, The Who, Neil Diamond, Roy Orbison and Jerry Lee Lewis.

Elton John, John Lennon and Madonna are among the rock and roll legends upon whom Lou has had an effect. Elton John played piano for Lou during Lou’s London period in the early 1970′s and recorded Lou’s song “She Sold Me Magic”‘ John Lennon repeatedly pointed out his interviews that “Lou Christie was one of my influences”; and Madonna thanked Lou in the liner notes to her ten million selling “Immaculate Collection” LP.

Over the past decade, Lou has led the resurgence of Rock and Roll heroes performing year round throughout the world. His fans recognize Lou’s vocal and writing performances in major motion pictures. Distinguished directors are also fans. Films that feature Lou’s songs include Barry Levinson’s “Rainman,” Whit Stillman’s “Barcelona,” Tony Bill’s “A Home of our Own,” Richard Linklatter’s “Before Sunrise,” John Hughes’s “Dutch,” and Oliver Stone’s Mini T.V. series “Wild Palms.”

Lou’s records are still selling today and in addition to recent international re-releases, his most famous tracks can be found on greatest hits and other collections on Rhino Records and Varese Sarabande. As Lou is recording previously unreleased material for release later this year.