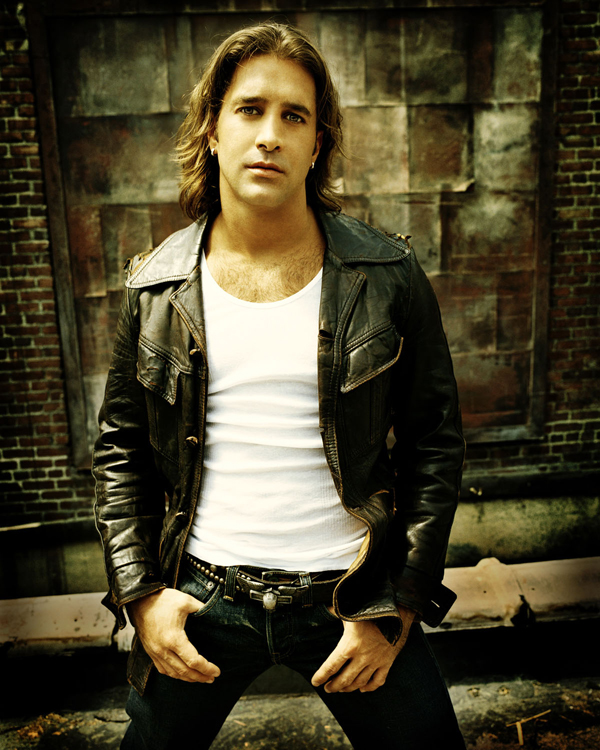 “I’m pleading as you’re leaving/I’m begging you to stay/I’m not the man I used to be/I’ve changed.” “Away in Silence”

Five years ago, Wind-up Records recording artist Creed disbanded in what turned into an acrimonious split that left lead singer Scott Stapp and the rest of the band—guitarist Mark Tremonti, drummer Scott Phillips and bassist Brian Marshall—on opposite sides, each pursuing separate careers, with Stapp as a solo performer, the other three forming Alter Bridge.

A meeting at an Orlando hotel, where Stapp and Tremonti exchanged pictures of their families, resulted in a reconciliation and a decision for Creed to tour with its original line-up. Not wanting the shows to spotlight just their past “greatest hits,” the reunited band entered the studio with noted producer Howard Benson (My Chemical Romance, Daughtry, Flyleaf, Motorhead, Papa Roach), and the resulting album was aptly dubbed Full Circle, indicating Creed’s long journey to the present, or as Stapp and Tremonti both put it, “a second chance to make a first impression with each other and our fans.”

Indeed, Full Circle represents the band at its best, with the first single, “Overcome,” spotlighting Creed’s remarkable transformation and welcome comeback onto the rock scene. “Everything we are and used to be/Is buried and gone,” claims Stapp. “I’m entitled to overcome.” “When we split, nobody thought we would ever get back together again,” acknowledges band co-founder Tremonti, who first befriended Stapp while classmates at the same Orlando high school before attending Florida State together. “But five-six years go by, and things change. We realized what we had built was more important than any of our individual quirks. Scott is definitely a more humble guy now. He has respect for everyone around him, but we’re all more mature, grown men with families of our own. We’re all playing nice.”

Throughout the album, Stapp confronts his well-publicized demons, which included depression-fueled bouts with alcohol and drugs, which threatened to tear apart his relationship with his wife and family as well as his band mates. In “Rain,” he looks for the cleansing showers to wash away what he calls “all that garbage.”

“In order for us to write and create as truthfully and honestly as we did in the past, we needed that bond, that trust, to exist between us again,” says Scott. “The sincerity of these songs reflects the rebuilding of the friendship.”

They may be renewed, but the band’s brand of melodic rock, with its anthem-like choruses and wide-screen canvas is both harks back to their prime and points the direction into the future. “It’s funny how times can change,” sings Stapp. “Rearranging distance makes/The pain fades away.” “At our peak, I just think people got tired of us. We were overexposed,” says Tremonti of the band’s five-year absence. “It was a good time for us to take some time off.”

With a tour on tap after starting the album, Creed knew they had to seize the opportunity and work as hard as they ever had. “Things went much quicker in the studio this time,” says Tremonti. “It was definitely a cooperative experience. We were all open-minded going in. There was a great deal of meeting of the minds, which made the final recording as strong as it is.”

“This is a brand-new Creed,” explains Stapp. “We kind of lost our individual identities along the way. We’ve had a chance to establish our lives outside the band, growing as men in terms of life’s responsibilities, taking care of our wives and children. We all have a renewed sense of self-confidence and security in ourselves.”

Songs like “Away in Silence,” written by Stapp to his wife to mark the day back in November, 2006, when she almost walked out on him, an event Scott claims was the turning point in changing his life.

SCOTT STAPP – LEAD VOCALS • MARK TREMONTI – GUITARS, BACKING VOCALS • SCOTT PHILLIPS – DRUMS, “That’s the day that rock star with the long hair died,” he says of the track. “I had to go a thousand feet backwards to move forwards, to get back to what I was before 2002, rediscover myself mentally, emotionally and spiritually, then grow from there. By no means have I arrived at my destination, but the issues that would have devastated all that I loved in my life are now gone. I originally wanted to translate the title of the song into Arabic because my wife is from Jordan.”

With Full Circle now complete, Creed is ready to move on to the next phase, which involves keeping their individual outside projects, such as Alter Bridge, going in between gigs with the band. “I would hope Creed is still our #1 priority,” says Stapp. “We won’t let anything get in the way of that. The group comes first with me.”

He explains that new songs like “Overcome” and “Song You Sing” (“Woke up and had a face-to-face/Guess my reflection had a lot to say”), like “My Own Prison,” are actually inner dialogues. “I’m finally at ease with myself,” he says. “No matter how far you get knocked down, how numb you are, you’re entitled to a life, to make the right decisions and choices to overcome those obstacles. Working on this album together helped cultivate and was a catalyst in dealing with certain things we maybe didn’t have the words to talk to one another, but it comes out in the music.

“Some people can deal with misfortune perfectly. Others have to stumble and fall and learn those lessons the hard way. That’s the kind of person I am, but I’ve always been able to get out of tough situations by changing things for the better. And I thank God for instilling that in me now. With some of the demons I’ve let in my life, if I didn’t have that internal desire to change the negatives into positives, I don’t think I’d be alive today, or talking about this new album.” “Close the door/And don’t look back” “Full Circle” “We’re just as passionate about the music we make as ever, maybe more,” concludes Tremonti. “Going forward, we want to continue to make better and better records. We certainly haven’t gotten comfortable with where we’re at. We’re all driven, especially now, to make the best music we’ve ever done.”

On Full Circle, Creed have done just that. And this time, it appears they’re here to stay.