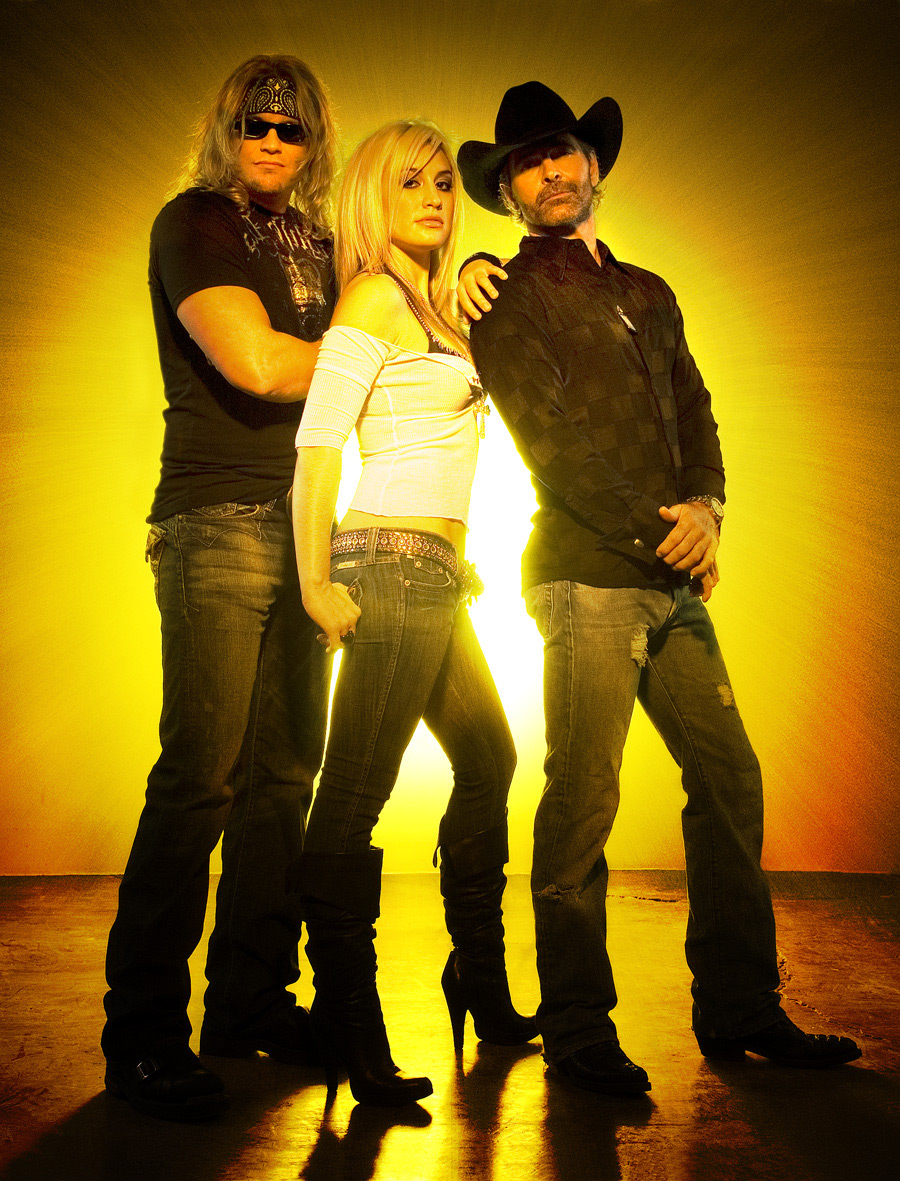 Energetic trio Trick Pony got its start when guitarist Keith Burns called his friend Ira Dean. “I was playing in Joe Diffie’s band and trying to get out of the situation of being a side guy,” recalls Burns. “I always wanted to write and play my own music, but I got sidetracked. So, I approached Ira, who was playing with Tanya Tucker at the time, about starting a trio.”

When Burns heard Heidi Newfield’s demo tape, he knew they’d found the perfect third vocal for the trio. “Keith and I hit it off immediately,” Newfield says. “We had a lot of the same influences. We were both big fans of Waylon and the outlaw country stuff. When he told me about wanting to have a trio rotating lead vocals with one female and two male voices, I loved the idea. It sounded fresh and no one had done anything like it yet.”

As it turned out, Newfield already knew Dean, and the trio’s first meeting was an instant success. The group perfected their high-energy road show, and they also began writing songs together. “All three of us are writers and wanted to have our own sound and our own material,” Newfield says. “Our favorite artists were those who wrote their own material. When I was young, I’d flip over a band like Van Halen. Their albums would say ‘All songs written by Van Halen.’”

Trick Pony’s commitment to hard work certainly helped them create their own sound as they became seasoned entertainers, averaging 200 dates a year. The trio’s first single, “Pour Me,” is a raucous dance hall number. “We wrote ‘Pour Me’ one night at Keith’s house when we were having a few drinks,” admits Newfield. “It’s the first song the three of us wrote together. It fit us because we’re very lively on stage and we have this unbridled attitude.”

In various combinations, the three members of Trick Pony, along with key collaborators, wrote eight songs on their debut record. “More Like Me,” another up-tempo track, is one of the trio’s favorites. The loud and rowdy band does have a softer side, which is showcased on ballads “Every Other Memory” and “Stay in This Moment.” Burns was going through a divorce when he and Dean wrote “Now Would Be the Time.”

Trick Pony agrees that the most special song on its debut is the Johnny Cash classic, “Big River.” Cash and Waylon Jennings joined the trio in the recording session. “We wanted to cut an old song from the Sun Records days,” Dean explains. “When I first moved to town and I was starving, Johnny Cash’s son snuck me into their house and gave me a place to sleep. Johnny and I became friends and I told him if I ever got a record deal, I’d like to record ‘Big River’ and asked him if he’d sing it with me. When he said yes, I’m sure he never believed I’d actually get a deal!”