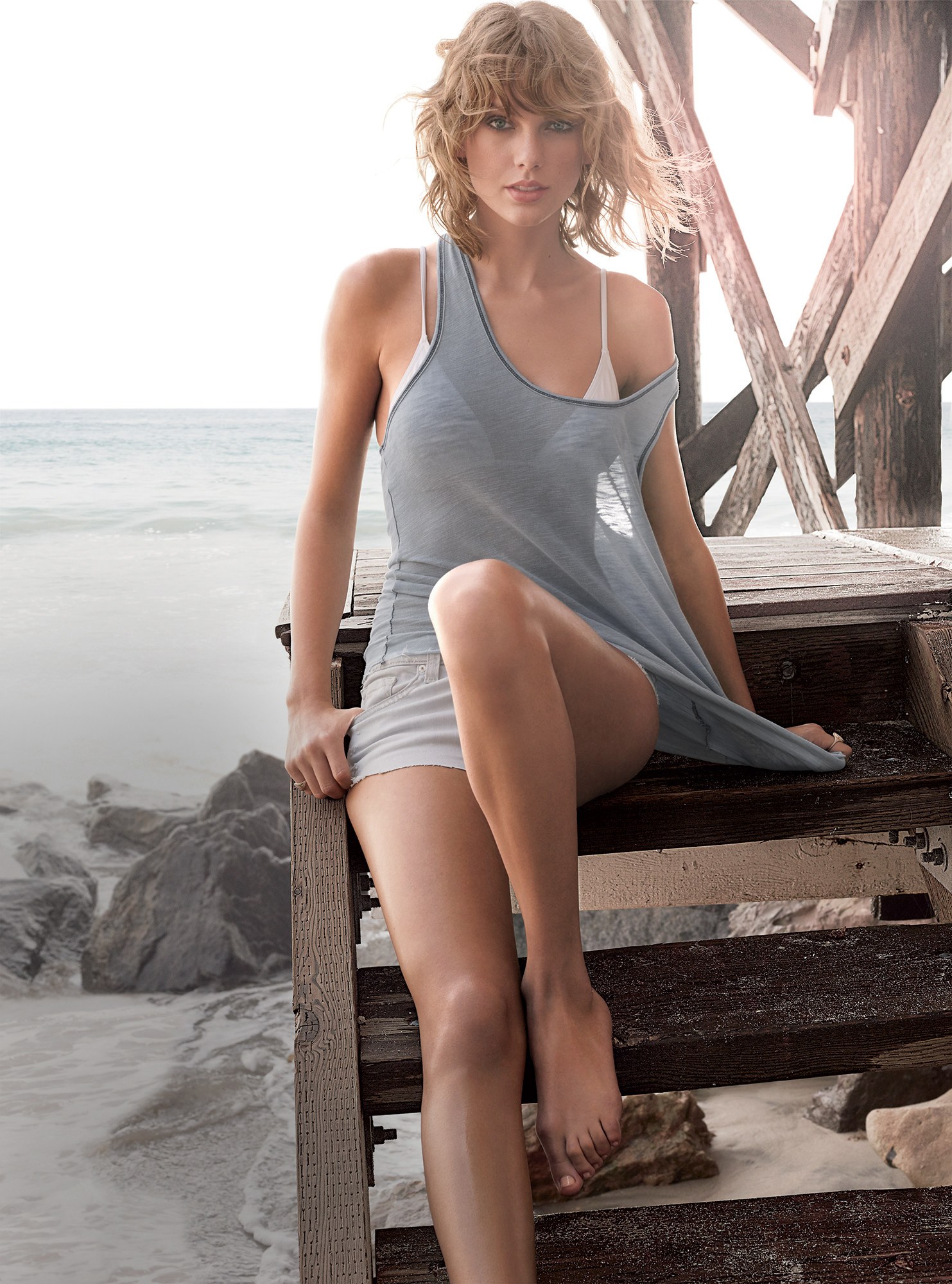 “Got the radio on, my old blue jeans, and I’m wearing my heart on my sleeve,” Taylor Swift sings on “A Place in This World,” a self-penned coming-of-age anthem from her self-titled debut album, due out October 24, 2006 on Big Machine Records. It’s an apt description of the enthusiastic, down-to-earth young woman, whose original compositions about teenage life brim with poignant honesty and an infectious spirit.

Just 16 years old, Taylor is at an age where most teenagers are only beginning to find their identity and lay tentative plans for the future. But there’s never been much doubt in Taylor’s mind about her calling. Growing up on a farm in Wyomissing, Pa., music was ever-present in her home. Inspired by her maternal grandmother, a professional opera singer, Taylor took up singing early in life. At 10, she began performing around town at karaoke contests, festivals and county fairs, and even recording rough demos at a studio. At age 11, she performed the national anthem at a Philadelphia 76ers NBA game in front of thousands of fans.

But it wasn’t until she picked up a guitar at age 12 and learned to write her own songs that Taylor discovered how readily she could channel the turbulent emotions of growing up into her music. That year, she wrote “The Outside,” a heartbreaking lament about loneliness. Before long, she was spending every available moment playing and writing. “I was playing four hours a day until my fingers were bleeding and my mom called me to dinner,” she says.

No strangers to the music business, Taylor’s family recognized both her talent and determination. They began taking regular trips to Nashville to shop her music around, and she began writing with local songwriters. After a few years, during which the family made the decision to move to nearby Hendersonville, Tenn., a showcase at the Bluebird Cafe caught the attention of music-industry veteran Scott Borchetta, who was planning to launch a new label. After meeting with Taylor, he knew she was one of the first artists he wanted to sign.

Since then, Taylor has pulled double duty as a straight-A high school student and full-fledged recording artist, a balancing act the teenager handles with grace. “I have tunnel vision as far as this goes,” she says. “I can always keep my eyes on the goal.” Still, she admits sheepishly, there are moments when songwriting inspiration strikes in the middle of a lecture, making concentration difficult. “If we had random notebook checks, my teachers might find biology notes, biology notes, then suddenly a bunch of lyrics,” she laughs.

The songs Taylor scrawls in those spiral notebooks are bright, engaging melodies filled with all the ebullience and drama of adolescent life. In “Our Song,” the narrator bemoans the fact that she and her boyfriend don’t share a sentimental tune, only to have him affectionately describe all the little moments that make their relationship special. “Our song is the way you laugh,” he tells her.

Like all songwriters, Taylor is inspired by the life going on around her, and like any 16-year-old, she admits to a “fascination” with love. Thus, her classmates — her biggest fans, she says — often find themselves the subject of her songs. “They’re all going to buy the album and have a little bit of a heart attack,” she says with a grin.

In fact, country music channel Great American Country tapped Taylor to star in the inaugural season of GAC Short Cuts, a short-form documentary series that kicked off in the spring of 2006. The shows consist of three one-minute vignettes per hour that feature Taylor pursuing her recording career while attending high school, and the clips feature interviews with many of her close friends.

A country superstar — and one of Taylor’s greatest influences — was also surprised to find himself the subject of her debut single. A tender ballad, “Tim McGraw” describes the way music can evoke the sweetest of memories: “When you think Tim McGraw/I hope you think my favorite song/The one we danced to all night long.”

Elsewhere on the album, Taylor tackles more serious issues. “Tied Together With a Smile,” captures the fragile self-esteem of teenagers, inspired by girls that Taylor has known through the years, including a beauty-pageant queen who suffered from an eating disorder: “Seems the only one who doesn’t see your beauty/Is the face in the mirror looking back at you.” In the second verse, she laments that lack of confidence sometimes leads girls her age to make hasty and reckless decisions about their relationships: “I guess it’s true that love was all you wanted/’Cause you’re givin’ it away like it’s extra change.”

Such flashes of maturity give weight to songs that otherwise sparkle with the carefree joie de vivre of youth. Taylor admits her primary agenda with her music is to evoke a strong emotional response. “I want to make people feel things,” she says simply.

As she prepares an album with that in mind, Taylor is careful not to let her “tunnel vision” keep her from enjoying every moment of her budding music career. “Everything about this business is exciting to me,” she says, “whether it’s putting on a pretty dress to go to an awards show, or putting on a sweatshirt to go into the studio to record.”

“You only get so many firsts,” she adds. “Every one is a blessing.”