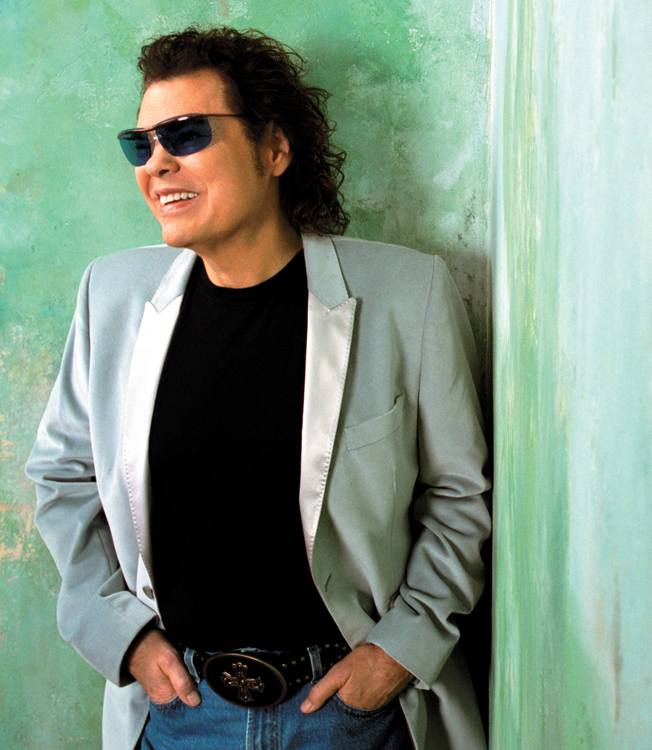 Since his troubled childhood days in Appalachia, Milsap has been drawn to the simple and plaintive sounds of country. His voice is well capable of singing blues, R&B, pop and rock sounds, and his 40 chart-topping hits cover a wider stylistic terrain than any other superstar of country music. And Milsap has often described himself, happily, as a crossover artist. But in the new century, his visits with Stubbs at WSM and at the Grand Ole Opry tweaked an interest in once again singing more elemental country songs.

With Country Again, due out July 26 through a partnership between Milsap Music and Bigger Picture, he has done just that. It’s his first country- oriented album in six years, and cuts such as “Cry Cry Darling” and “Almost Mine” are his most traditional country excursions since 1973′s “I Hate You,” “That Girl Who Waits On Tables” and “(All Together Now) Let’s Fall Apart,” the three songs Milsap recorded at his very first Nashville recording session.

“I came to town to sing country music,” Milsap says. “And when left to my own devices, around the house, it’s what I love to sing. It all dates back to my roots in North Carolina, and it’s in my blood. Fans had been asking me when if I was going to do another country album, and Eddie Stubbs told me I ought to do it. I said, ‘I’ll do it if you’ll be the executive producer.’ He said, ‘What does an executive producer do?’ and I said, ‘He encourages me.’”

Twelve country songs later, Stubbs is an executive producer. Milsap and his co-producer, Rob Galbraith, rounded up a crew of master musicians including fiddler Andy Leftwich, steel guitarist Paul Franklin and harmony vocalist Dawn Sears (of Grammy nominated group The Time Jumpers) and recorded an album that is a showcase for Milsap’s rangy, emotional voice, an instrument that has helped him to four Country Music Association male vocalist of the year prizes and to six Grammy Awards.

Country Again is full of the kinds of songs and performances beloved by fans of Milsap favorites like “Am I Losing You,” ‘Back On My Mind Again,” “Pure Love” and “Smoky Mountain Rain.” The album opens with Al Anderson and Gary Nicholson’s poignant “A Better Word For Love,” a song Milsap has dearly loved for years, and winds through tunes such as the forward-to-the-past title track, the stone-country “Even Fools Get Lucky,” the gently whimsical “Trapped In An Old Country Song” (co-written by early Milsap champion Cowboy Jack Clement) and the melodic modern country of “If You Don’t Want Me To (The Freeze).”

Born in the mountain town of Robbinsville, NC, Milsap was raised by his bluegrass-loving father and by his grandparents in the unincorporated Meadow Branch community in western North Carolina. Each weekend, the struggling family gathered around a battery powered radio and tuned in to the Grand Ole Opry on WSM, listening to Roy Acuff, Ernest Tubb and other greats. He attended a school for the blind in Raleigh, enduring abusive treatment from some staff members and emerging with enhanced musical knowledge and a love of rock, pop and other non-Appalachian forms of music.

When Milsap arrived in Nashville in the early 1970s, he was best known in Tennessee for the blues and rock music he’d been playing in Memphis clubs. He and Jack Johnson recorded a three-song demo and showed it to Jerry Bradley at RCA Records. “We know all about Milsap: He’s a blues singer, a rock ‘n’ roll singer, not a counry singer,” Bradley said, before hearing the songs. After hearing the recordings, he reversed his assessment, saying, “That son of a (gun) can sing country.”

Indeed, he can. And he has, famously and satisfyingly and profitably, for much of the past forty years. And now he’s Country Again. With one of modern music’s most remarkable careers already under his belt, Milsap could relax, stay out of the studio, stay off the road and wait for someone to fashion the inevitable bronze plaque that will one day hang with his heroes in the Country Music Hall of Fame. Instead, he’s driven to wake each day and do what others would call work and what he considers sustenance. “This life is such a wonderful journey, and I want the chance to live every bit of it,” he says. “And music is a huge part of that. I live and breathe it every day.”