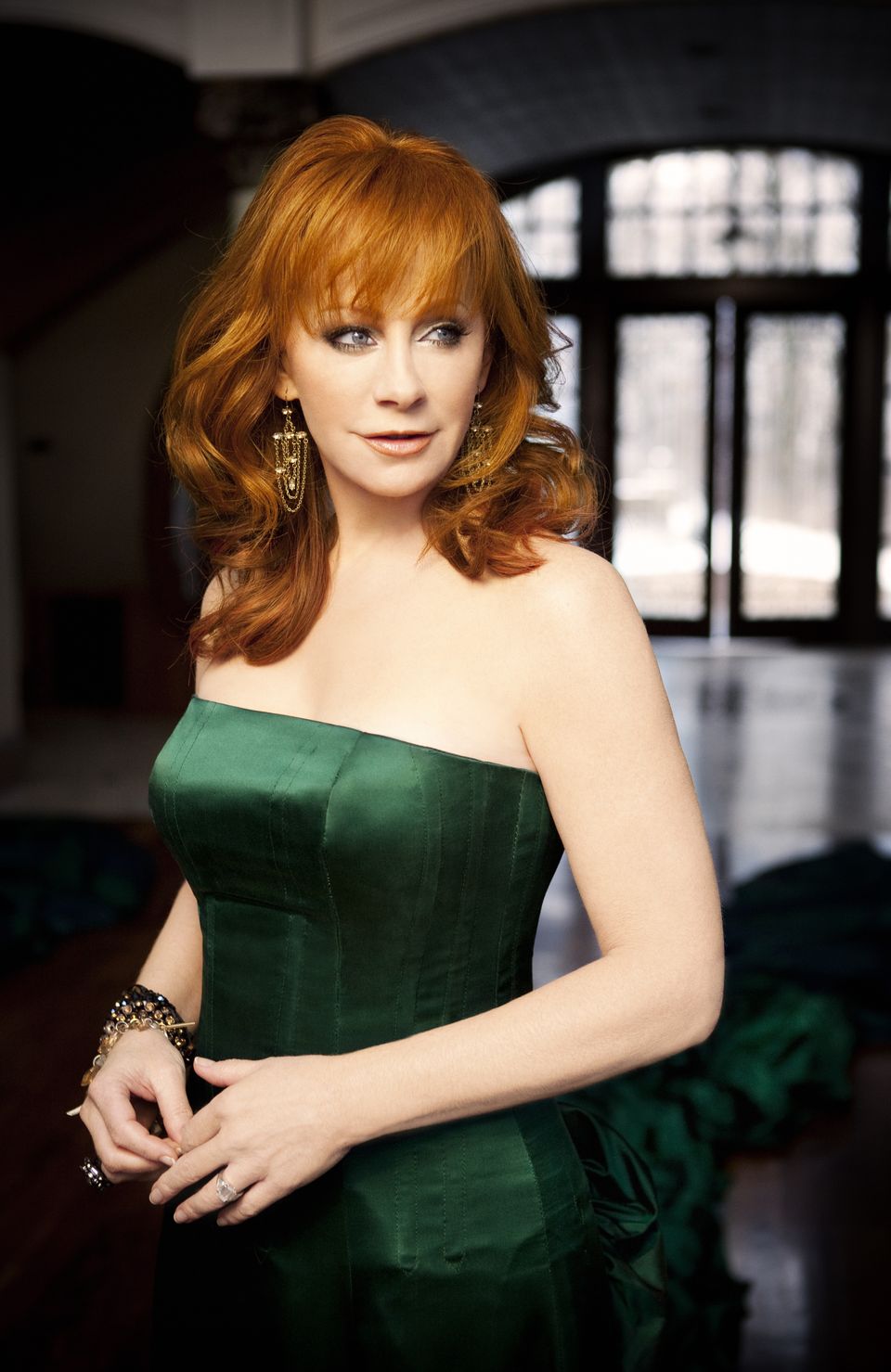 As Reba embarks on an exciting new chapter of her career with the much-anticipated release of Keep On Loving You, her debut album with The Valory Music Co., it is readily apparent that she’s not your typical icon.

Sure, she’s amassed the sort of career statistics that ensures legendary status in popular music– more than 55 million in album sales, 33 No. 1 hits, 2 Grammys, seven Country Music Association Awards (CMAs), 12 Academy of Country Music Awards (ACMs), nine People’s Choice Awards and 15 American Music Awards. The Oklahoma quadruple threat has also found success in television, where her self-titled primetime TV series was a top-rated sitcom for six seasons, on Broadway, where she received rave reviews for her irresistible performance in Annie Get Your Gun, and in film. (And there’s a best-selling autobiography, as well as the popular Reba collection at Dillard’s featuring women’s clothing and footwear and bed and bath specialty items.)

But what separates Reba from other cultural trailblazers with decades-long careers is that she is hotter than ever. Her name remains a familiar sight atop the charts, now nestled among a generation of artists who have been strongly influenced by her music and career path. “Strange,” the sassy debut single from Keep on Loving You, is the fastest-rising solo single and highest solo chart debut of her 33-year career. The new album is the follow-up to Reba Duets, which hit No. 1 on both pop and country album charts. Her last 13 studio albums have each received platinum status for reaching 1 million in sales.

She releases her 31st album to the largest fan base that she’s ever had. “Going on TV, I got out in front of so many millions of people not only in the U.S., Canada and Mexico, but all over the world, so that just broadened,” she says. “Now wherever I go, everybody recognizes me far more than they ever did when I just had a singing career. I was coming from Mexico and there was a plane from China going through immigration about the same time we were. A lot of Chinese people were looking over at me and saying, ‘You are Reba McEntire. We see you all the time on TV.’”

While proud of her accomplishments, Reba has little interest in looking back; she’s too focused on what lies ahead in her relentless quest to find a better song, deliver a better performance and create a more entertaining show. “It’s harder to maintain than it is to get there, so to maintain is one thing, but to kick it in the butt again and go on forward is another,” she says. “I am very competitive; that is the driving force behind my career – curiosity and competitiveness. Kenny Rogers always told me, ‘I don’t have to be No. 1, but I sure like running with the Top 10.’ We’re always looking ahead, seeing what more we can do.”

This forward thinking led her to leave her longtime label and sign with The Valory Music Co., a move that reunited Reba with Scott Borchetta, the president/CEO of Valory and sister label Big Machine Records, who formerly worked with Reba at MCA Nashville Records. Borchetta, one of the industry’s great record men, helped Reba earn 14 No. 1 singles and sell more than 22 million albums during his tenure at MCA. More recently, he launched the career of Big Machine’s Taylor Swift and signed Jewel, Jimmy Wayne and Justin Moore to Valory.

“I think it’s a new chapter, I really do,” Reba says of her entertainment career. “I’m back to only my music. In the last 10 years, I’ve either had TV shows, Broadway or something else going on. Basically this is a time when I can really concentrate and focus on my music. This being the first solo album in six years is very exciting to me, as is the new chapter with the record label and new excitement in the music again.

“It’s a big milestone for me to be on a different label for the first time in my career,” says Reba, who had been with the same record company (the merged PolyGram/Mercury/MCA) since 1976 before signing with Valory in November 2008. “Just being with Scott Borchetta again is very exciting because of his enthusiasm and his great team. It’s like a family reunion.

“Scott is very creative and innovative,” says Reba, who is managed by her husband, Narvel Blackstock. “He sure makes you work hard, that’s for sure. I work harder when I am with him than with anyone else. He and Narvel make a great team of finding things for me to do. If you want to succeed and want your music out there, that is what you have to do because it’s very competitive out there.”

Borchetta says, “Reba has attacked this new album with a renewed energy brought on in part by this new beginning. There is a huge excitement and hunger for new Reba music, which is apparent with her lead-off single, ‘Strange,’ which is the fastest-moving single of her career. Even though she has nothing to prove, don’t tell Reba! The gleam in her eye and the kick in her step can only mean one thing: The queen still rules. And she rules by example.”

Keep on Loving You is a collection of 13 songs that is quintessential Reba. It’s a sound that is contemporary, fresh and relevant, yet still true to her traditional country roots . “I still go with the same formula I always have,” she says. “When a song moves me, I will sing it and hopefully it will move you. I just like to sing different songs. I think it goes back to that attention-span thing for me. Mama always said I had the attention span of a 2-year-old. I like to sing an up-tempo kick-butt song and then a ballad. ‘I’m So Lonesome I Could Cry’ is one of my favorite songs, and then go into ‘Respect’ or something like ‘Strange’ or “Just When I Thought I’d Stopped Loving You.’”

Reba’s music poignantly captures the routine details and crushing disappointments of American women’s lives, where a red-carpet moment is the result of a Kool-Aid spill, not a star-studded movie premiere. It’s the sound of babies crying and dryers humming, the silence of unappreciated sacrifices and ignored dreams. There’s a secret afternoon hotel stay in “Eight Crazy Hours (In the Story of Love),” but this woman’s temporary comfort comes from solitude, not illicit love. She uses the few unclaimed hours to cry out her frustrations in Room 5’s bathtub before returning home to serve her family dinner. “She was smoothin’ the sheet with the palm of her hand/When the thought struck home I don’t know who I am,” the song says.

“It is real life with me,” Reba says. “I am not the glamorous person people may think I am. People who know me know I’m not. I’m the same person I was growing up in Southeastern Oklahoma. I go back home and see how hard my sister Alice works with four kids, one of them handicapped, and with her grandkids. I’ve got lots of great memories of being at home and the way we were raised, and you never forget that. I love to sing songs people can relate to. One of the reasons my music has lasted as long as it has is because I am a person that they can relate to and my music is what they can relate to.”

As she did in “Is There Life Out There,” Reba continues to offer hope and encouragement to the women of Middle America, letting them know they aren’t alone as they face life’s changing roles. She proves in “She’s Turning 50 Today,” which she co-wrote, that it’s never too late to begin leading the life you’ve always wanted to have.

“There’s not many good songs for women around 50,” she says of the song about a woman who starts a new life after being left for a woman half her age. “I’m 54, so I thought it was a good song to sing for my generation. Men go through a mid-life crisis and get a younger woman. Instead of that woman being left behind falling to pieces, she considers it a new opportunity to find fun and adventure in her life.”

Reba loves the story-telling in songs such as “Fancy” and “The Night the Lights Went Out in Georgia,” and continues that tradition with the swampy “Maggie Creek Road,” a tale of a pistol-packing mother’s retribution against a man who harmed her daughter. A strong female theme with a side dish of saucy attitude is another Reba musical stamp, one that delightfully flows through “Strange” and “Consider Me Gone,” while the heartache is palpable in “Nothing to Lose” and “Over You.” The fun “I Want a Cowboy,” “Pink Guitar” and “I”ll Have What She’s Having” provide the perfect backdrop for a girls’ night out.

While Reba has always remained true to herself on her previous albums, she presents her most authentic self to date (as Oprah might say) on Keep On Loving You, which she co-produced with Tony Brown and Mark Bright. “I have scaled down,” she says of her musical productions. “I always thought bigger was better, but I like the intimacy of staying out there onstage with my fans instead of going back and changing clothes 15 times. I like that fourth wall being broken.

“I like what I’m wearing and how I’m wearing my hair. I wear my cowboy boots and they are more me than any other look I’ve ever had in my 33-year career. Everything that we’re doing now is more Reba than it was in the past. The things I did in the past were things I wanted to do to entertain me. After getting to do movies and TV, I realized the real me was just the simple Reba. That is the same Reba, the Reba that is on the Reba TV show.”

She developed a new recording philosophy during the six-year span between solo projects. “Back when I was touring and doing 80 to 120 dates a year and coming in and doing two or three albums a year, I’d get in there and sing and start entertaining myself by doing vocal trills and little acrobatic things,” says Reba. “But when you haven’t sung for awhile on an album, you really get into the music and the song. And I’ve matured; I’m growing up. You think about things differently and you aren’t trying to impress anybody. You are just trying to pay homage to this song. I mean, I’m trying to impress the musicians while we are performing, but I’m not trying to do outlandish things like the vocal trills I used to do 10 years ago.”

Fortunately, the results have garnered impressive reviews from some of her toughest critics. “Narvel summed it up for me,” she says. “He listened to it over and over and he said, ‘I think this is one of the best albums you’ve ever recorded.’”

Reba is ecstatic about the album’s early and strong reception by country radio programmers (and her husband) and is eager to share her new music with her fans. “I wanted to name the album Keep on Loving You because it’s a tribute to my fans: You’ve always been there for me and I’m going to keep on loving you,” says Reba.